Guns n’Roses have been off the production of albums for over 13 years now. The bickering and egos & abuses hurled at each other & mainly the demons that wage a war in the mind of frontman Axl Rose, have ensured that the band is Guns n’Roses in name only. Axl remains the only original Gunner left in the band. Keyboardist Dizzy Reed is the next longest serving band member, having joined them in 1990 (but not an original member). No Slash, no Izzy Stradlin’, no Duff McKagan, no Steven Adler, no Matt Sorum & no Gilby Clarke. After Axl won the rights to the GnR name, he can play with anyone he choses and it seems like he has. Next he could chose members of the Backstreet Boys, Air Supply, Duran Duran, some rappers & polka musicians, record and album of crap and still put it out as Guns n’Roses. That is the way of the world of GnR these days. Remember their 5th Studio album proper (The Spaghetti Incident was a covers only fling), The Chinese Democrazy has been a work in progress from 1994! Bands evolve or devolve a couple of times in that long a time. The members of the band are aging and not getting any younger.

Anyway, the purpose of this post is to compare & review their simultaneously released double album Use Your Illusion I & II; albums which propelled Guns from just a hugely successful & cult band to mega superstars, whose legacy is never going to die. 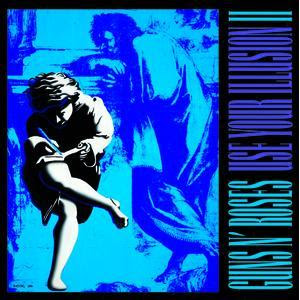 Use Your Illusion 1 : This album’s line up has the original Don’t Cry & November Rain. Each song is still played heavily on radio in classic rock stations and by numerous bar & cover bands across the globe. The two ballads feature truly legendary status in the music video categories as well. Next hit song will be the cover of Paul McCartney cover Live & Let Die. Next would be the rocking Dust n’Bones, The Garden & Don’t Damn Me – the latter being one of my favourite GnR song lyrics! The “in your face short song with the video that has only one camera angle but still rocks” song of the album is Garden Of Eden that is best played loud in an open space. Coma & Dead Horsecomplement the album well as does the acoustic tongue-in-cheek You Ain’t The First; a song about how a former lover isn’t as special as she thinks she is!

Use Your Illusion 2 : This one starts off with a classic Civil War, an introspective look at American issues within the country. Axl signs the song off with the brilliant line : What’s so Civil about War anyway?. 14 Years features great piano playing by Dizzy Reed. Yesterdays, You Could Be Mine are other big hits of this album, as is the second version, with alternative lyrics, of Don’t Cry. But the jewel in this album is Estranged, a staggering 9 minute ballad of epic proportions. Get In The Ring is a big “fuck you” to the detractors of the band and filled with expletives. Pretty Tied Up & Locomotive give the album some foot tappin’ numbers, while the album ends with an explosive My World.

So which is the better of the two? You decide. Let me know which is your favourite of the two cds. 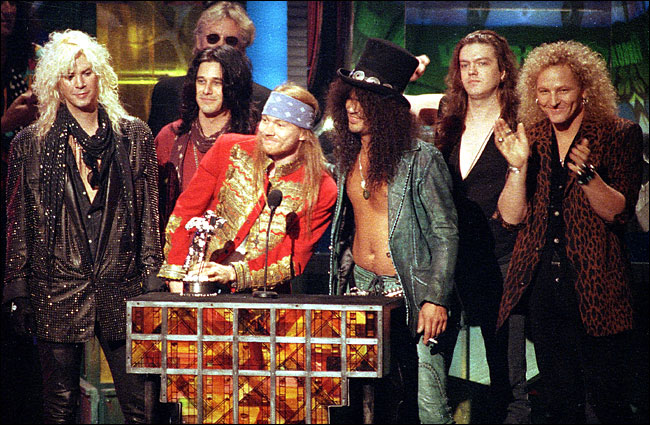