I’m a little pissed off today concerning work and what seems to be a regular thing among management in India. It doesn’t matter what their caste, creed or culture is, they are really fucking assholes. They talk a lot and in these guys case they fart through their mouths. They like to portray themselves as big shots who have conquered all and seen it all and more and aren’t we lesser mortals lucky to be basking in their shadows! What a load of crap!

And in a clear case of the crow calling the kettle black, they outlined the defects of the supervisory level of employees (meaning me and my friends) and outlined things that we had to do. Well are they doing their jobs? Are they doing anything? I could have pointed out several issues where they were not at all seeming to be competent and looked like buffoons instead. They just blasted a whole lot of hot air in our general direction, what with the new VP showing us slides of what a company like SAS has done and the changes made by their CEO and stuff. Man, tell me what you have done!

These guys do not implement a bit of their normal policies here in Cochin and yet they expect us to do as they want it. Well there are several hurdles in our way, which includes them itself! So what can you do? And they mentioned one thing in particular that I do not agree at all and I plan on doing something about it, or else leave. I will consider myself fortunate not to have to endure this non-sense. 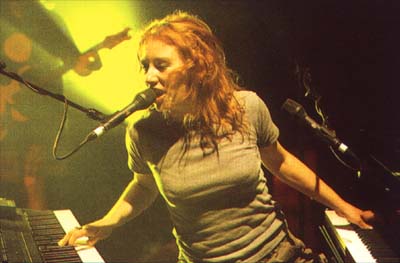 I slept like a baby last night…well more like from early this morning at 2:00 am but I did sleep so peacefully and woke up seven hours later at 9 am. I still did not want to wake up as the past week I was busy working and wanted to rest as much as I could. I stayed in bed for an hour more until I just had to get up. Not sure if I should go out for a little while or just stay home and watch a movie. Going out for a while won out in the end but I was in no mood to anything other than have a few drinks & a nice lunch. So I headed out to Oberoi and had a few Muscovy vodkas and some food.

I am usually not one to eavesdrop but I just couldn’t over hear these loud Americans who came into the bar about an hour after I did. Well actually, it was actually more like a loud couple and much quieter three others. Anyway the lady was too loud and she spoke in a very exaggerated American accent and she had some not so nice comments about her travels in India. Infact I would say that it was downright insulting! She was making fun of a waiter (not in this bar) who did not understand when she said that she wanted “soup to go”! Now that is not a common term at all in India and I was wondering if she did not know that. But yeah, the waiter was at no fault, lady. I am not going to go on about much of what she said but she was kinda annoying and I just wanted her to leave as she was quite loud and seemingly so full of herself. And the guy, who could be her husband was almost as loud as her!

Bah, what does she know! I tried not to let that ruin my afternoon and left around 3 pm. I came home and went to sleep for about 2 & a 1/2 hours, satiated with drink and food. In the evening, coffee followed along with the movie (look below).

Song for the day – “Santa Monica” – THEORY OF A DEAD MAN