I saw a bit of this movie a couple of weeks back and was wondering if they’d show it on a Sunday or a Saturday when I am at home. And it did show, tonight! The movie stars Julianne Moore, Gary Sinese & Dominic West. Telly Paretta (Moore) lives in Brooklyn along with her husband Jim (Anthony Edwards of ER) and has lost her son Sam in a plane crash. She is still coming to grips with it 14 months later. Suddenly, all traces of her son seem to disappear – photos, video tapes – like he never ever existed. Her husband tells her that they never had a son and her psychiatrist (Sinese) confirms it! Angry with her husband, who she initially thinks took aways her son’s photos, she goes to the house of Ash Correll (West), a former New York Rangers player and whose daughter was in the same plane crash. Ash’s daughter Lauren & Sam were friends but Ash has no memory of having a daughter! He later calls the cops on her and as they take her away, he goes into his office and sees his daughter’s drawings on the walls which were covered by wallpaper…and he remembers his daughter! Overcome, he runs out to find Telly being put into a car by NSA agents and helps her escape.

The rest of the movie is about Telly & Ash uncovering the truth – that they kids didn’t die but were abducted by Aliens as part of an experiment. A Brooklyn cop tries to help Telly but she is blown away by the Alien behind the experiment and who also masqueraded as the manager of Quest Air, the airline of whose plane Sam & Lauren supposedly died on. It is later revealed that the Aliens are watching the events and several humans’ memories are wiped clean of their lost loved ones, until they say the lost person’s name out loud. Also, the NSA is a pawn in the Aliens plan and they are forced to go along with the deceit. The psychiatrist also knows about it but he has no choice but to co-operate.

Finally the alien’s experiment is defeated as Telly still remembers her son even though he takes away her first memory of seeing Sam – the moment he was born. But she remembers when he was in her during the months of pregnancy and she screams at the alien to give back her son. The alien is blown back to the sky, presumably by his superiors and things go back to normal. Telly runs back home and the to the playground where she finds her son playing with his friends. Happy & relieved, she finds Ash, who has no recollection of the events, waiting on the swings for his daughter Lauren, who is playing with Sam and their friends. Telly shakes hands with Ash and she sits on the swings until it is time to take Sam home.

It is a very watchable film, which starts slowly, almost dragging in the first 20 minutes as we begin to think that the movie is going to be about a woman’s agonizing over her dead son. But with some great plot twists and some cool effects, it turns the whole story on it’s head. Recommended to watch on a boring afternoon with nothing else to do. Plus I’ll use any excuse to stare at Julianne Moore’s delicious lips

Just like I predicted, I ended up being too torn & lazy to go for any of the functions and I just stayed at home alone all day (am I psychic or what?). But the reason for me not going out at all, other than to buy a packet of instant noodles & a big 7up for lunch was because I got the wind knocked out of me. I slipped in the bathroom and fell.

Nothing broken and no visible bruise but my leg hurt for a long time and therefore I decided not to go out for anything other than grab the food & drink. Even as I woke, I was feeling kinda tired & sleepy, not having slept well and being woken up early by the ringing of my cell. Even after I put it on silent mode, my father & mother tried waking me up and telling me that they were leaving. My moron of a cousin Arun, also was knocking on the bedroom door and it looked like the asshole wanted to break the door! He really is without any manners and sometimes I wonder about that brain of his! Must have been dropped as a baby!

Anyways, it was football on tv all the way for me and listening to tunes. I cooked my noodles and sipped 7up all afternoon and watched half of a movie, that I had already seen. The fall I had and not having slept much took its tool and by 3 pm, with a cold wind blowing, I slept for about 3 hours and woke up feeling much better. Then on to watch Arsenal vs Portsmouth & Chelsea vs Aston Villa.

Arsenal continue their good start to the new season by beating Portsmouth 3-1. Arsenal were reduced to 10 men at the beginning of the second half but that wasn’t enough for Portsmouth to beat or draw against the Gunners. Adebayor sent Portsmouth goalie David James the wrong way with a 7th minute penalty after Robin Van Persie was brought down in the area by James after a sloppy Glen Johnson backpass. 28 minutes later, Cesc Fabregas doubled the Gunners lead by volleying in a goal from the 6 yard box. After the restart. defender Phillipe Senderos is sent off for the briefest of tugs on former Gunners striker Kanu. 10 men Arsenal respond a few minutes later, with a very cleverly taken quick freekick. Tomas Rosicky drills the ball through the legs of Portsmouth defender Johnson and past James off a tricky angle. This is one of the best & cleverest goals I have seen recently. However, Kanu gets a fluke goal which deflects off his ankle and past Arsenal goalie Manuel Almunia. Even Kanu didn’t celebrate his goal, as he knew that it was a lucky to score. The scoreline stays that way and Arsenal now have 10 points – the same as Liverpool, Everton & Chelsea. 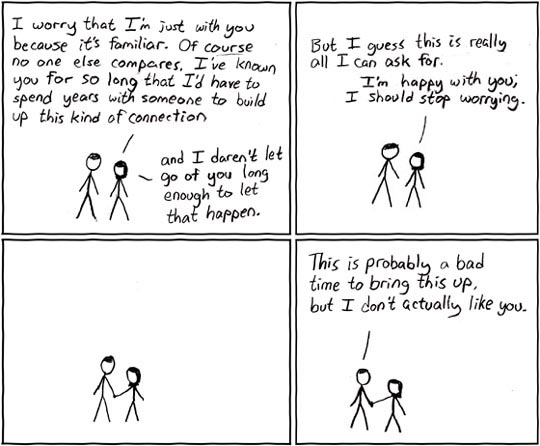