This is an apartment in Burnaby (a suburb of Vancouver, Canada) rented by an Israeli couple. I initially thought that the layout was weird – the big bathroom with the shower & bathtub should have been the one that’s attached to the master bedroom; instead the basic sink, mirror + toilet is the one that is attached to it. And I’m not sure how I would adjust to have the door open to a hall and straight forward to a guest bedroom!

I’ve always thought that the front door should always open to the main living room, it would be weird without that. But, after watching the video a few times, I’ve begun to like the apartment more & more. Although – the woman is a little annoying in it! So yeah, I like this apartment layout & the colours. ????? kombat 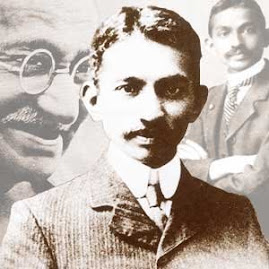 We call him the Mahathma or ‘Great Soul’.

We call him the father of our nation and celebrate his birthday, October 2nd, as a national holiday.

We call him as ‘Bapu’ in affection.

He was a practitioner of ‘ahimsa’ or non-violent protest as he employed non-cooperation, non-violence and peaceful resistance as his “weapons” in the struggle against British rule.

He’s influenced millions and was Time magazine’s Man Of The Year in 1930 and runner-up to the Person Of The Century Award.

And he dedicated his life to making Indians free.