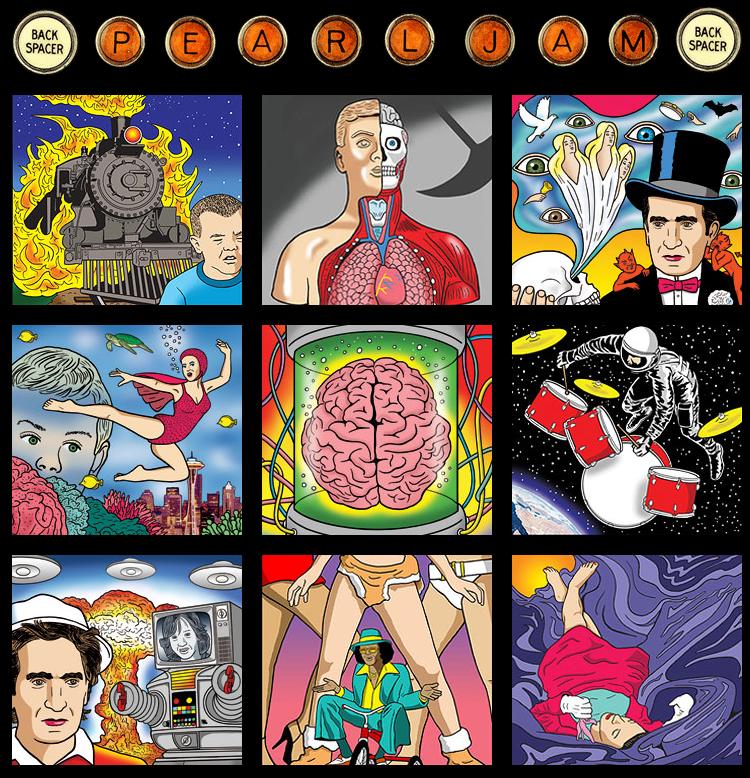 Backspacer is the 9th studio album from Seattle’s finest. It’s also their first in 13 years to debut on the #1 spot on the Billboard charts. This is also their first record with producer Brendan O’ Brien since 1998’s Yield.  The album is a concise & tight power pop, new wave & rock record that has Pearl Jam’s signature all over it and delights the old fans and new ones alike.

The cd starts off with Gonna See My Friend, a straightforward riff rocker with a punk edge. Got Some is some people’s favourite song off the record, especially those who caught the live rendition on the inaugural Tonight Show with Conan O’Brian. And yes true it’s a wonderful song, blazing through about a drug pusher pushing music lyrically. I could be convinced by that and yes the song itself carries it’s arguments.

But my fav is the uptempo and most happy song that I can remember being sung by Pearl Jam – The Fixxer. Lyrically it’s more about the state of the world in a global community kind of feeling. It can also be about confessing your love to someone. So take it for either meaning, this song is just infectious. It’s also the first single off this cd.

Singer Eddie Vedder noticed the album cover for Johnny “Guitar” Watson’s 1979 album, What the Hell Is This?, and imagined a man who becomes attracted to one of the various women on the cover and then wonders why this woman would rather be one of Watson’s many girlfriends instead of his only one. Thus was born Johnny Guitar! Just Breath is about as close to a love song as the band has ever got.

Amongst The Waves follows the theme of the ocean (Eddie is a surfer) but the lyrics connect the waves & the water to the highs & lows of a person’s personal journey. The band dwell into the human pysche for Unthought Known. Supersonic features a a fun trade-off between Stone Gossard and Mike McCready, the guitarists blending a heavy jam under a solo. Things slow down for Speed Of Sound, about a lost generation.

Drummer Matt Cameron sets the beat for Force Of Nature, a song describing personalities and the strength of belief. It’s a truly great track. And finally we come to the apologetic The End, a plea for understanding and a promise of better times. 11 tracks, a bit too short in length for my taste but I do love this album. Enjoy the video for The Fixxer directed by Cameron Crowe. 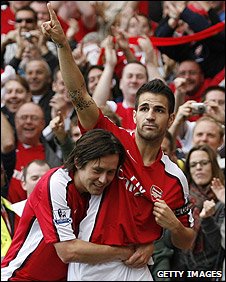 Blackburn were treated to a stunning array of flair & invention as the Gunner celebrated manager Arsene Wenger’s 13 years in charge. Rovers struck first when Steven Nzonzi headed in from Paul Robinson’s free-kick before Thomas Vermaelen lashed in a 20-yard drive to level.

David Dunn made it 2-1 to Rovers with a deflected shot before Robin van Persie coolly slotted home from 12 yards. Andrey Arshavin’s low shot put Arsenal ahead before Cesc Fabregas volleyed in, Theo Walcott slotted home and Nicklas Bendtner’s drive sealed the romp. It was the perfect start for Arsene Wenger as he entered his era as the longest-serving Arsenal boss – he celebrated 13 years in charge of the club in midweek.

This has been a satisfying week as the London club had seen off Olympiakos of Greece in their Champions League Group H clash on Tuesday. Late goals from Robin van Persie and Andrey Arshavin made up for the many misses that they had in a match they dominated.