Man this would be great…except for the cheesy music.

Not sure if this derails our chances of winning the league but it sure is dampener onto an otherwise bright last few weeks. Losing 1-3 is not the way things were supposed to happen. 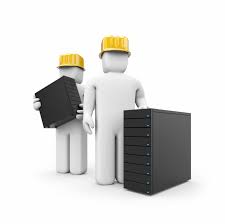 Well for just around 2000 Indian Rupees, I’ve locked up the server space that hosts this blog for another year. Awake & Dreaming will be online and blogging up a storm all through 2010 for my loyal readers….all 6 of you!

I first procured this web space back on Jan 1st 2007 and have been running my blog here ever since then. I tried to pay the invoice three days ago but there was something wrong with the online payment option and so it was only yesterday (today is the final day for making the payment) that I was able to do it properly and I got a confirmation last night on the same. $44 paid for the right to host my blog @ Total Choice Hosting.

So I know that I’ll be blogging here till the end of Jan 2011. And beyond that…we’ll see what happens in the next 12 months. Anyways, I hope you keep coming back.

Turns out that the Toronto Maple Leafs weren’t done with dealing for players. This time it’s for a goalie.

The Anaheim Ducks have traded 2003 Playoff MVP Jean-Sebastien Giguere to Toronto in exchange for goalie Vesa Toskala & forwar Jason Blake. The deal reunites Giguere with his long-time goaltending coach Francois Allaire, as well as former GM Brian Burke. Giguere, 32, has a one year, $7 million contract remaining while the 32-year old Toskala is making $4 million this season and is set to become an unrestricted free agent on July 1.

Giguere had lost his starting position to Swiss goalie Jonas Hiller, who recently signed a four-year, $18-million extension on Saturday, clearing the way for the trade. Blake, 36, has struggled playing for the blue and white this season, posting just 10 goals and 26 points in 55 games. The Moorhead, MN native signed with the Maple Leafs as an unrestricted free agent in 2007 and has 50 goals and 141 points in that span.