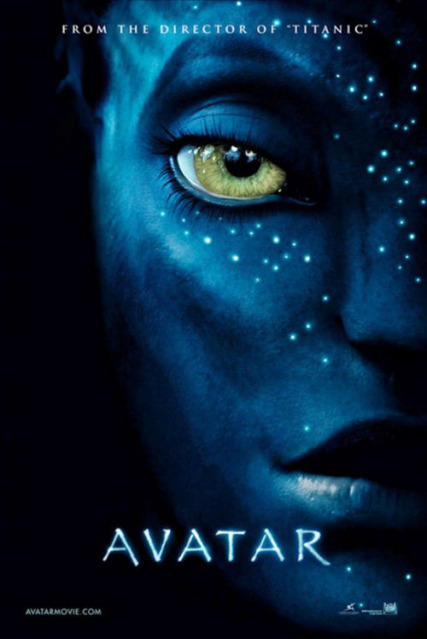 I’ve finally seen it; the biggest blockbuster of all time and I just saw it last night. No it wasn’t in 3d and no it wasn’t on a movie theatre. Heck it wasn’t even on a big LCD tv either. Humble me watched James Cameron’s Avatar on my 15.6 in screen of my Lenovo G550 laptop. And if I was this blown away watching it here, I can only imagine what it must be like watching in a giant screen with the lights dimmed!

Awesome experience of movie making at the very best. A fantastic imaginary world created by Cameron to boggle your mind and yeah the ordinary human brain cannot fathom the extensive research, creative process, brain storming, craftsmanship & fantasy that went into making this film. It’s Sci-fi for the ages and dare I say it, it’s like the Star Wars gone bonkers on acid, mushrooms & the finest of weed! This totally rocks!

The story is simplistic at best, a formula that has been around for decades. It’s almost Dances With Wolves with aliens instead of Native Americans. Paraplegic soldier is chosen to operate the human/Na’vi hybrid avatar in an effort to learn the ways & gain the trust of the natives of Pandora, a moon in the Alpha Centuri star system. Greedy humans want to mine the rich & valuable mineral which is on the sacred homeland of these natives. Soldier gets into the group and gains the trust of the Na’vi after learning their ways and also gets the love of the girl who shows him the land. Greedy humans close in on the natives and through brute force & technologically advanced weapons scatter the tribe from one holy land. Soldier gives rousing speech and helps natives to defeat the humans and they are chased away. He gets the girl, becomes one with the natives and all ends well. Sounds familiar? Insert human instead of ‘white man’.

Still it’s a stunning visual feast and we are all indebted to Jimmy boy for creating this master piece. Here is a few thoughts on the movie:

Back in 1986, Kuwait tv showed a mini-series based on a novel by Sidney Sheldon called If Tomorrow Comes. The 3 part mini-series with the same name starred Tom Berenger, Liam Neeson, David Keith, the late Richard Kiley, CCH Pounder and the gorgeous Mandolyn Smith.

For my 9-1o year old self, she was the most gorgeous woman I had ever seen. She didn’t look like most women I saw on tv – she was slightly darker or tanned and she had a sensuality that even a blind man couldn’t miss. She starred as Tracy Whitney, the main protagonist in the series, the heroine around whose life the series is woven and whose path gets entangled with deceit, imprisonment, love, vengeance, scandal, burglary & life as a con artist.

I haven’t seen her in anything other than this series although she has acted in big name movies like 2010, Urban Cowboy & Funny Farm except for an episode of Due South and when she came on the screen I remember shouting aloud ‘hey that’s Tracy Whitney’.

Her acting listings do not show her as having appeared in anything after that and it’s perhaps because of her wanting to focus on raising a family. She got married to Canadian NHLer Mark Osbourne who used to play for the Winnipeg Jets, The Toronto Maple Leafs & the New York Rangers. But I still think that she’s gorgeous and she’s had that look that not many actresses can carry. I’m going to be downloading the series if I can find a suitable torrent and I’m re-reading the novel at the moment (which was what brought about this post).