Brings me back to another time. Once almost my favourite band they are reduced to just two members now – the Crash Test Dummies were my go to comfort band during 1993-96. I still listen to their songs a lot but I get the feeling that this was a band that could have done & accomplished a lot more. Here’s Afternoon & Coffeespoons performed live on the David Letterman show from 1994.

Can I take this as legitimate signs that we will finally see a new Van Halen record of new material in a few months? After hints, allegations and whole lotts BS going on with the position of lead singer – David’s in, he’s out, Sammy’s back in, he’s out and here comes David back again – a new VH album looks about ready to come out. The initial reports came out in Nov 2008 that daddy & guitarist extraordinaire Eddie Van Halen wanted to wait until son & bass player Wolfgang graduated from high school. Then in 2009 Eddie underwent a surgery on his left hand, which had followed treatment for arthritis.

Apparently the band, rounded out by Alex Van Halen on drums and David Lee Roth on vocals, entered the studios this January to record their first album of new material since 1998’s Van Halen 3 came out! Over 13 years ago! It will also be the first Van Halen album to feature Eddie’s son, Wolfgang Van Halen, on the bass in place of Michael Anthony. This will also be the first album to feature David Lee Roth on vocals in 27 years, and the first new material with Roth in 15 years, since the two new songs with Roth on the Best of Volume I. Some musician friends of Eddie’s have claimed to have heard the new material played by the band. On September 5, 2011, the Van Halen News Desk reported that mixing on the new album was completed in mid-August, and production had progressed to the mastering stage.

Finally after a report came out that the band would sign with Sony’s Columbia Records, on November 14, Interscope Records signed a deal with the band. So that means ideally we could see the new album by February atleast. I hope so as does their legion of fans. 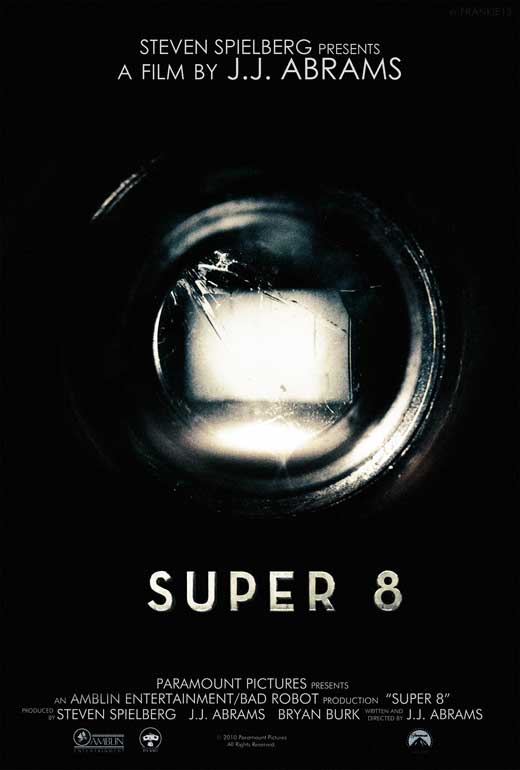 Super 8 was a movie I had not heard of or seen the trailer until I watched a video review of it by a Youtuber. In this day and age and considering how much time I spend online, I’m surprised that I never got to learn of this movie for so long. And considering who the directer and producer are!  Two days after that I decided to try and get this film and I did, even if it was a bad copy of the movie. It’s not exactly what I pictured the movie would be and I don’t think that the movie did make as much noise, although yes it did do quite well at the box office.

So ok let’s get to who made this movie – JJ Abrams directed & wrote this film and he co-produced it with Bryan Burk and Steven Spielberg. It’s been said that Abrams did this movie as an homage to Spielberg’s movie and it does have the latter’s feel to this movie. And by that I mean that it features a group of kids, who are the central characters of this movie and they are caught up in a very adult situation and must do whatever they can to help/solve it. The kids acts like real kids do, behave and talk like real kids their age do – you know, they all talk and react at the same time! Kind of like Goonies! Imagine the Goonies in this situation and the movie is just like that!

This movie is about a group of 14 year old kids in an Ohio  town who are making a zombie movie that they want to enter into a film festival. One of the kids directs while the others act, do makeup, special effects and shoot the camera. One night when they are shooting a scene in a railway station, a passing train crashes into a car which seemed to stall on the tracks. It causes and explosion with debris and thing on fire flying everywhere causing a crazy & dangerous situation. Unknown to them at the time their camera, which was still running, caught a huge creature escaping from one of the train cars. It turns out that the creature is an alien, whose ship crashed on Earth in 1958. The alien only wished to rebuild its ship, using the shapeshifting white cubes, which were also found on the train, and return home, but it was instead imprisoned and tortured by the Air Force, who sought to seize its technology.

Well the alien steals equipment from the town, kitchen appliances, car engines, and power lines and soon dogs and people also vanish. The creature is trying to create a powerful electromagnet around a water tower, that attracts all the loose metal in town plus the white cubes and forms it’s new spaceship in order for it to return home. It attacks the military cars & trucks that take over the town and kills several of the soldiers. The kids investigate the alien & the disappearences and must rescue Alice, their friend who was captured by the alien (played by Bruce Greenwood in motion capture sequences). At the end of the movie the lead boy Joe manages to rescue Alice, but, as they escape, the alien grabs Joe, who tells the creature that it can still live on even after painful events. The alien understands Joe’s meaning through their tactile telepathic connection and lets go of him, allowing him and his friends to escape and the alien leaves in it’s new spaceship.

Not like ET at all but I guess a lot of people were expecting something similar along the lines when they heard Spielberg’s name being mentioned. But it’s sort off a lot like JJ’s 2008 hit Cloverfield – it’s about an alien creature (I’m not sure if the creature affectionately called “Clover” from that movie is alien; it’s more subterranean but not sure), running havoc and causing destruction and death and being captured on someone’s camera. Ok, Cloverfield was all shot on a handycam while Super 8 is just featuring a camera but is JJ running out of ideas? Ron Eldard & Kyle Chandler are the two main leading adult actors in this movie which stands out for the charming, witty & really good acting by the kids in the movie. Elle Fanning (younger sister of Dakota) plays Alice. It’s worth watching and you’ll like the kids in it. 7 outta 10 for me!