For so long I have dreamed about being an actor and doing the kind of role & movies that I admire so much. There are so many great movies out there and every actor dreams of getting the plumb roles, where they are forced to stretch their imaginations and use up every molecule of talent in creating the character. The kind of roles that echo long after the movie has left the theatres and are onto dvds & blu rays. Long after the actor is dead. I wanted to play the kind of roles that evoke all kinds of emotions from the viewers and make they think “oh! That was awesome acting! Or was it acting at all? It was like he wasn’t playing that character but more being that character!”

Accolade, awards, speeches, reviews and women’s underwear thrown kind of performances. Yeah but over the years I’ve been interested in the stories, the camera angles, the way the movie has been shot, the casting etc etc and I just know that I would be a great filmmaker. I would write, create strories, produce & direct my own movies. And most importantly cast – I believe you can have the best script, the best dialogues and the best production & direction but it will flop if you do not have the write kind of actor for the particular roles. And ofcourse, sexy actressess – the casting couch line starts right here!

Seriously, I would have liked to take a shot at a new Star Trek or a scifi franchise. I would make it darker, more exciting than ever before and make the entire movie watching public want to come and see my movies. Oh the things that I could show you! 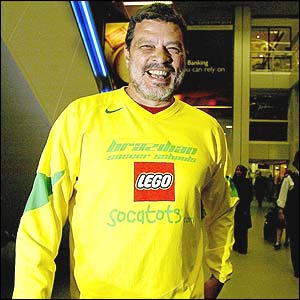 The football world and Brazil lost one of it’s most memorable citizens today when former captain Socrates died. Sócrates was admitted to intensive care in a Sao Paulo hospital on 19 August 2011 with gastrointestinal bleeding secondary to portal hypertension and was put on life-support, suffering from septic shock as a result from the intestinal infection before today’s announcement of his death. He was 57.

Sócrates was a technical playmaker, known for great through passes and his vision on the field, as well as his physical strength and a prolific goal scorer. His ability to read the game was highly valued, and his signature move was the blind heel pass. He was considered to be one of the greatest midfielders ever to play the game. He played for Botafogo-SP, before joining giants Corinthians in 1978. He spent six years with the club, scoring 172 goals in 297 league games. He then moved to Italy to play for Fiorentina, before retuning to Brazil to end his career with Flamengo and Santos.

He is best remembered outside of his homeland for the sixty caps he won playing internationally for Brazil; he captained his country at the 1982 FIFA World Cup, and also appeared at the1986 World Cup, the 1979 Copa América, and the 1983 Copa América – appearing in the defeat to Uruguay in the 1983 finals. He was named South American Footballer of the Year in 1983, and was named on Pelé’s FIFA 100 list in 2004.

Dr. Scorates was a doctor of medicine, a rare achievement for a professional footballer. Even rarer is the fact that he earned the degree while concurrently playing professional football. After retiring as a player he practised medicine at Ribeirao Preto. He and his wife had six children. 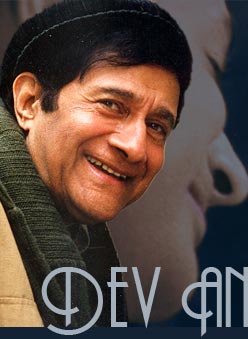 Evergreen Bollywood actor Dev Anand is no more. He passed away in London on the night of 3rd December 2011 following a cardiac arrest. He was 88. Dev Anand, who had come here for medical check up, was not keeping well for the last few days, family sources told PTI. His son Sunil was with him when he breathed last.

Dev was the second of three brothers who were active in Hindi Cinema. His brothers were Chetan Anand andVijay Anand. Their sister, Sheel Kanta Kapur, is the mother of renowned Hindi and English film director Shekhar Kapur. The Government of India honoured him with the Padma Bhushan in 2001 and the Dadasaheb Phalke Award in 2002 for his contributions towards Indian cinema.

Dev Anand made his debut as an actor in 1946 in Hum Ek Hain. By the time his Ziddi was released in 1947 he was a superstar and has never looked back. Versatile Dev Anand has given countless hits like Paying Guest, Baazi, Jewel Thief, CID, Johny Mera Naam, Amir Garib, Warrant, Hare Rama Hare Krishna and Des Pardes.

I was never a follower or fan of his but I do like two of his films – Hare Rama Hare Krishna & Hum Naujavan. Dev Anand is credited with giving actors like Jackie Shroff, Tabu and the late Richa Sharma a break into the film industry and encouraging music composer Rajesh Roshan.