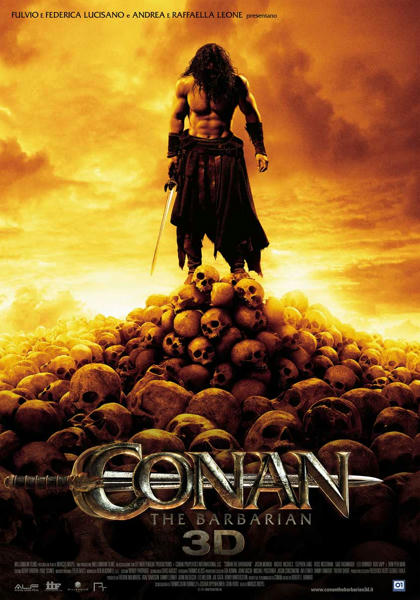 With the release of Conan The Barbarian in 1982 Arnold Schwarzenegger made a name for himself and started his way into becoming a household name, cultural icon & achieving worldwide superstardom. For most of us who have not read the comics, Arnold’s performances in that movie & it’s 1984 sequel Conan The Destroyer served as the primer, the blueprint and be all & end all as far the legend of Conan was concerned. However as I have recently come to know, those movies aren’t true to the origins of the character.

Conan The Barbarian 2011 version is more true to the comics. Treat this as an another rendition of the character of Conan. Staring Jason Momoa in the titular role, alongside Rachel Nichols, Rose McGowan, Stephen Lang, Ron Perlman, and Bob Sapp with Marcus Nispel  directing.  As the movie starts we learn of a mask created a group of Acheron sorcerers from the skulls of dead kings and sacrificed their pure blood daughters to the dark gods in order to give the mask the power to subjugate the entire world. After many wars, the sorcerers were killed by the Barbarians and the mask broken into pieces, each kept by different tribal chiefs.

Born on the battlefield, as his mother is fatally injured in battle, Conan is raised by his father Corin, the chief of a Barbarian tribe. Even as a child Conan shows his potential, growing up to become a skilled, but violent warrior. We see in the movie a competition during which the boys of the village are attacked and they run but Conan kills off each of the attackers and still wins the competition. However his father is not happy with the boy’s violent tendencies and feels that he has much more to learn. His chances will run out however when the forces of Khalar Zym (Stephen Lang), who wants to revive his dead wife, attack the village to get the remaining piece from Corin. Zyn located Corin’s piece and destroys the village with only one survivor – Conan.

20 years later Conan is part of a small pirate gang, but he still seeks revenge. He comes to learn from a thief about Lucias, one of Zym”s men, and who is a jailor. Conan allows himself to be taken to prison along with the thief and confronts Lucius, who is forced to reveal that Zym is planning to sacrifice the pure blood descendant of the sorcerers of Acheron in order to unleash the mask’s power. Conan makes Lucius swallow the key to the prison and leaves him to be torn apart by the prisoners. The thief thanks Conan and asks him to call on him if he ever needs help. Zym and his sorceress daughter Marique (Rose McGowan) attack a monastery where they believe the pure blood live and kill off all of the girls & the people guarding them. Only Tamara (Rachel Nichols) escapes in a carriage, with Zym’s men hot on her trails but she is rescued by Conan. He captures Remo, one of Zym’s men, and after interrogating him catapults him back to the camp.

Next we are treated to a fantastic fight scene in which Marique conjures up and warriors to fight the two and then poisons Conan with a poison-laced boomerang sword. Tamara helps Conan escape by jumping into the pirate ship, where Conan recovers. The boat is attacked by Zym’s men, and, although they kill several of Conan’s men, they are defeated. At night Tamara & Conan have sex and he tells her to return to the ship which will take her to a safe place but she is captured by Zym’s soldiers and take to their castle where she is to be sacrified as part of the ritual to bring the sorceress queen back to life. Conan enlists the thief’s help to enter the castle, battling monsters who guard the castle and kill both Marique and Zym, saving Tamara’s life. He takes her back to her birthplace, promising to meet her again. He then returns to his old village and tells his father that he had avenged his death and recovered the sword Zym stole from him, honoring his memory.

Brutal, bloody, violent, some bare bosoms, funny in places, with good action sequences and special effects wherever needed, I liked this film a lot. It has pleased me a lot more than most sword & sorcery movies of the recent times. I’m at a loss as to why this film bombed at the box office, only making about half of what the film cost. I just don’t understand what some of the other films had that this one doesn’t. Personally I like this movie a lot. 8 out of 10! 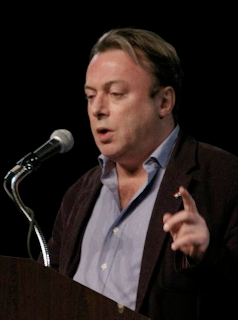 Influential writer, cultural critic & popular atheist Christopher Hitchens died yesterday due to complications of cancer of the esophagus. He was 62.

Over the years, Hitchens’ caustic attention was directed at a broad range of subjects, including Henry Kissinger, Prince Charles, Bob Hope, Michael Moore, the Dalai Lama and Mother Teresa. His career spanning 4 decades has seen him be a columnist and literary critic at The Atlantic, Vanity Fair, Slate, World Affairs, The Nation, Free Inquiry, and became a media fellow at the Hoover Institution in September 2008. Hitchens was diagnosed with esophageal cancer in the spring of 2010, just after the publication of his memoir, Hitch-22, and began chemotherapy soon after.

A well known debater, his confrontational style made him a huge set of admirers and some detractors as well. Identified as a champion of the “New Atheism” movement, Hitchens describes himself as an antitheist and a believer in the philosophical values of the Enlightenment. Hitchens says that a person “could be an atheist and wish that belief in god were correct,” but that “an antitheist, a term I’m trying to get into circulation, is someone who is relieved that there’s no evidence for such an assertion.”[14] He argues that the concept of god or a supreme being is a totalitarian belief that destroys individual freedom, and that free expression and scientific discovery should replace religion as a means of teaching ethics and defining human civilization. He wrote at length on atheism and the nature of religion in his 2007 book God Is Not Great.

Though Hitchens retained his British citizenship, he became a United States citizen on the steps of the Jefferson Memorial on 13 April 2007, his 58th birthday. Asteroid 57901 is named after him. He has 2 children from his first marriage to Eleni Meleagrou. In 1989 Hitchens left Meleagrou for Carol Blue, an American writer.They have one daughter.