I like political movies or more accurately, movies about the workings of politics and “politricks” and that is something that Hollywood does well. One such movie is The Ides Of March directed by George Clooney from a script he also co-wrote. The movie stars Ryan Gosling, Clooney, Philip Seymour Hoffman, Paul Giamatti, Marisa Tomei, Jeffrey Wright, and Evan Rachel Wood. Heavyweights all and it shows in this movie. All the events of this film unroll during the last hectic days of a presidential primary election.

Stephen Myers is the junior campaign manager for Mike Morris, who is the Governor of Pennsylvania and and a Democratic presidential candidate. He is competing against  Arkansas Senator Ted Pullman and the campaign has headed to Ohio. Both the candidates are also looking to  enlist the endorsement of North Carolina Democratic Senator Franklin Thompson – his 356 convention delegates, enough to clinch the Presidential race for either of them. After a debate Meyers is called by Pullman’s Campaign Manager Tom Duffy to meet him for a drink. Meyers tries to get Morris’s senior campaign manager (Meyer’s boss) Paul Zara to join him but the latter is unable to answer the phone. Meyers goes to the meeting alone, where Duffy offers Meyers a position in Pullman’s campaign, an offer Meyers refuses.

Meanwhile Myers has started a sexual relationship with Molly an intern who works for the Morris campaign. Late one night he sees that Morris has been trying to call Molly on her cell phone. When he asks Molly about this, she finally confesses that she & Morris had a brief tryst during the campaign and that she is now pregnant with his baby. Meyers says that he will help her with money for the abortion and drives her to the clinic but forgets to pick her up later. He then goes to Zara  admits to Zara that he met with Duffy, who told Meyers that Pullman will offer Thompson the position of Secretary of State, guaranteeing his victory. Also Ida, a newspaper reporter, reveals that an anonymous source leaked his encounter with Duffy to her and that she will publish unless Meyers gives her all of the information about his meeting with Thompson. When he asks Zara for advice, Zara reveals that he is the one who leaked the details of the meeting to Ida and fires Meyers for what he perceives to be going behind his back and a lack of loyalty.

A stunned Meyers now finds him without a job and approaches Duffy for a job. Duffy refuses saying that he played Meyers and setup the meeting just to create discord in the Morris camp. And thus strengthen Pullman’s campaign. Before dismissing Meyers, Duffy encourages the younger man to quit the business before he becomes a cynic. Molly by now has returned to her hotel room and hears about Meyer’s firing and fearing that her secret will now be exposed, takes a fatal drug overdose. When Meyers sees her dead body he feels guilty as he had planned to leak the information of Molly’s affair with Morris to Duffy. Meyers goes on the offensive and meets with Thompson to arrange for Thompson’s delegates in exchange for a spot as Vice President on the Morris ticket. He then calls Morris using Molly’s cell phone and arranges a meeting.

Morris comes to meet Meyers in the dark and is confronted by the younger man. Meyers says that he found a suicide note in Molly’s room and that if Morris doesn’t agree to meet his demands, he plans to make the affair public. The demands are –  fire Zara, place Meyers in charge of the campaign, and offer Thompson the Vice Presidential spot on the ticket. Both men go on a back & forth but Morris finally relents and fires Zara after speaking to him. At Molly’s funeral Zara compliments Meyers for achieving what he did. Morris loses the Ohio campaign but wins nominee race. He declares Thompson as his running mate and with Meyers guiding the campaign. As the movie ends a now hardened & bitter political player is shown in stark contrast to the almost naive & playful person he was shown to be at the start of the movie. He is then moved to a tv interview where he is asked to comment on the events leading up to the election race.

Everyone does a great job in the film. Gosling, Giamati, Clooney, Hoffman are excellent. A must watch if you like political dramas. 8 outta 10!

As a huge fan of the Teenage Mutant Ninja Turtles movies and animated cartoons – the whole franchise in total – I join in with my fellow fans, who number in the millions, in being outraged at what is being done to a beloved franchise. Cable channel Nickelodeon (a subsidiary of Viacom) had purchased all of Mirage’s rights to the Teenage Mutant Ninja Turtles property in 2009 and has roped in director/producer Michael Bay and his Platinum Dunes partners Brad Fuller and Andrew Form on to produce the next film that reboots the film series.

First of all – another fucking reboot? How about just continuing with the established storyline for once and growing a pair of balls instead of wimping out and doing a reboot. And to add insult to injury, Michael fucking Bay? This guy is known for ripping beloved franchises and making crappy action movies out of them. He has made a mockery of Transformers that most long time fans won’t even watch beyond the first movie (he is coming up with a 4 in the series). He has rebooted beloved horror franchises and characters in Friday The 13th & A Nightmare On Elm Street – like all those movies that came before his doesn’t even matter. Oh and also The Texas Chainsaw Massacre (although I have seen neither the original nor the remakes). But the worst is what he has in store for the turtles!

He is reboot the series so much that their origins have changed from baby turtles who were exposed to a toxic chemical that was dumped into the sewers of NYC and became highly intelligent and humanoid like to aliens from another planet!!! Alien turtles and inter-dimensional beings! I shall let that sink in in case you haven’t heard about this till now.

Bay is promising fans an epic return-to-form for the sewer-dwelling masked heroes. Despite public fan outcry, Bay believes that the alien “Ninja Turtles” could inspire a whole new generation of kids to believe in Leonardo, Donatello, Michelangelo and Raphael again. To address the almost unanimously expressed outrage on the detail for the new live-action film (set to be released next year) Bay said “”Fans need to take a breath, and chill. They have not read the script. Our team is working closely with one of the original creators of Ninja Turtles to help expand and give a more complex back story. Relax, we are including everything that made you become fans in the first place. We are just building a richer world.”

Really? Fuck you and shove a Transformer up your ass! 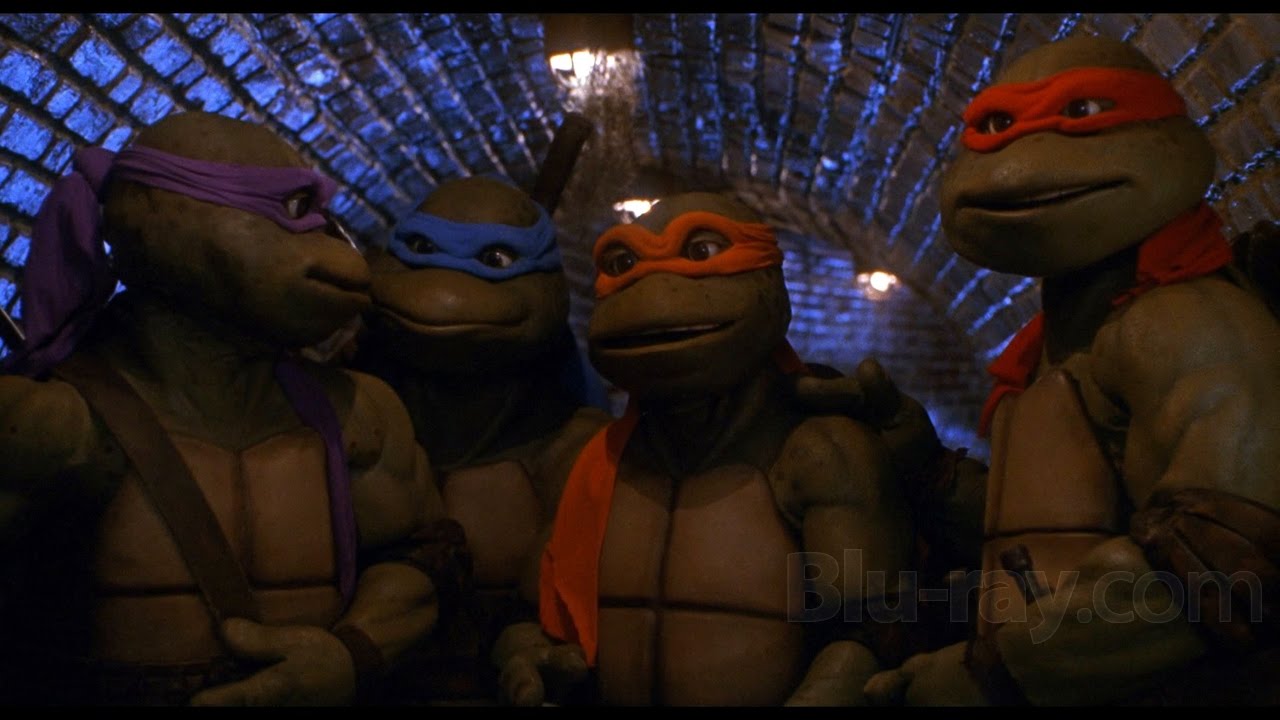