The movie starts 2 years after the events of the sequel movie and Leslie Chow escapes from a maximum security prison in Thailand. As the story unfolds we find out that Chow had hijacked half of a $42 million gold heist from mob leader Marshall before he went to jail. Alan’s dad dies in the middle of an argument after Alan accidentally decapitates his new pet giraffe that he had purchased (a stupid CGI giraffe). At his father’s funeral, after Alan first sings a melodic number and then acts inappropriately, Doug tells Phil & Stuart that Alan has been off his ADHD medication and is out of control. They setup an intervention with Alan’s family, in which Alan agrees to visit a rehab facility in Arizona, so long as “the Wolfpack” takes him there. On the way to Arizona, Phil’s minivan is rammed off the road by a rental truck and the group is taken hostage. They are later confronted by mob leader Marshall and “Black Doug”, his head of security. Marshall takes Doug hostage and tells the other 3 that they have 3 days to find Chow and bring him to Marshall. As Alan was the only person who had contact with Chow while the latter was in prison via letters, this seemed to be the logical choice.

They setup a meeting with Chow in Tijuana using Alan’s phone and the plan is to drug him and take him to met the mob lord. However he sees right through the setup and he forces them to confess they are working for Marshall. Chow explains his plan to retrieve the stolen gold from the basement of a Mexican villa he previously owned. Stu, Alan and Phil break into the house and successfully retrieve the gold, but Chow double-crosses them by locking them in the basement, rearming the security system and escaping in Phil’s minivan. They are arrested but mysteriously released from the police station, where they are picked up by a limousine and taken back to the villa, where they meet up with Marshall. That’s when they are told that the house was actually Marshall’s and what they had just stolen was the remaining half of the gold and now Chow has all that money! Marshall forgives them for their mistake but kills “Black Doug” for his incompetence and reminds them of their now two-day deadline. The trio then track Phil’s phone, which was in the mini-van and find that Chow is now in Las Vegas and they find that he has exchanged some old for cash at a pawnshop. Alan strikes up a rapport with the store owner, Cassie (Melissa McCarthy) and he learns from her that Chow wanted to get drugs and escorts. Using Stu’s former lover Jade (Heather Graham) as their contact, they learn that Chow is barricaded in the penthouse suite of Caesars Palace.

While Stu waits in the car Phil & Alan sneak into the suite via dangling from the roof on tied up bedsheets,but Chow escapes, jumping from the balcony and parachuting down to the strip. Stu catches up to Chow and locks him in the trunk of the limo that Marshall had lent to them. They take the gold and meet with Marshall, who releases Doug back to the group. Although Marshall initially promised to not harm Chow, he changes his mind and shoots through the trunk of the car, presumably killing him. Luckily, Alan had freed Chow through a backseat compartment just moments earlier. Chow comes out and kills Marshall and his men with a gun and then turns the gun on Phil but Alan steps in front of his friend and Chow relents as Alan had just saved his life. He offers Alan a bar of gold as a gift, but Alan turns him down, and ends their friendship due to Chow’s unhealthy influence on the group. As Chow sadly watches them leave, they go to retrieve Phil’s minivan from the pawnshop and Alan makes a date with Cassie and the two kiss. 6 months later the gang is gathering for Alan’s wedding with Cassie and he “resigns” from the wolfpack although he says that he wants to meet up every Tuesday and alternate Sundays for fun. As the four of them walk to the ceremony, a montage of their clips from all 3 movies plays as the movie ends. Post credits we see he morning after the wedding, Alan, Cassie and Phil appear to have staged another wild party that they cannot remember. Stu emerges from the bathroom with breast implants and Alan remembers that the wedding cake was a gift from Chow, who emerges from the next room naked, laughing and wielding a Katana.

What the fuck? I need to get that final scene erased from my memory. Another hangover? Well, it’s funny and all that. It’s enough to get a 7.5 outta 10 from me. Good for an afternoon of fun. 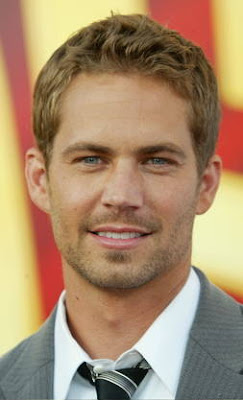 Actor Paul Walker, best known for his role in the Fast and the Furious movie franchise, died early this morning (last night in the US). He was just 40. According to reports Walker and another person were killed when the driver of a Porsche GT lost control and crashed, bursting into flames. The accident is said to have occurred in Valencia, California, where the actor was attending an open house at Always Evolving Performance Motors. According to fire officials, the single vehicle crash happened at around 3:30 p.m. local time in the Rye Canyon Business Park. A red Porsche had struck a light pole and a tree. Two occupants were pronounced dead at the scene.

The Californian actor began modeling at the age of 2 began working on television shows in 1985 and commercials. Walker’s film career began in 1986, with the horror/comedy film Monster in the Closet. He continued with roles in several other movies without much success: it was not until 1998 that Walker made his feature film debut in the comedy Meet the Deedles, which finally gained him fame. This subsequently led to supporting roles in the movies Pleasantville, Varsity Blues, She’s All That, and The Skulls. In 2001 he got his breakthrough role when he starred opposite actor Vin Diesel in the successful action film The Fast and the Furious. The franchise has spawned 5 sequels with a 6th one being filmed. His other prominent movies are Joy Ride, Into The Blue, Eight Below & Flags Of Our Fathers. He lived in Santa Barbara, California, with his dogs. Paul and his then-girlfriend Rebecca have a daughter, Meadow.