You’re embarking on a yearlong round-the-world adventure, and can take only one small object with you to remind you of home. What do you bring along for the trip?

Ok, so I’m finally getting to travel and see the world – something I have dreamed about doing for most of my life – and I still take something that will remind me of home? Really?No I’m just kidding.

I guess if not a photo or a small photo album, then I would take one of the little paperweight or showcase items that we’ve had since I can remember – some bought even before I was born. Since I’ve seen them on shelves in the 3 homes we’ve had – the tiny flat in Kuwait, our house in Thrikkakara and now the small apartment we call home. These little trinkets have adorned our shelves in various setups and arrangements but have been around all my life and so they have come to mean a lot to me and have value that is more than money can buy.

So I guess the paperweight or the crystal horse or the ceramic house or any one of those things will do. They will all equally remind me of home, my family and everything about my life – past, present and future. 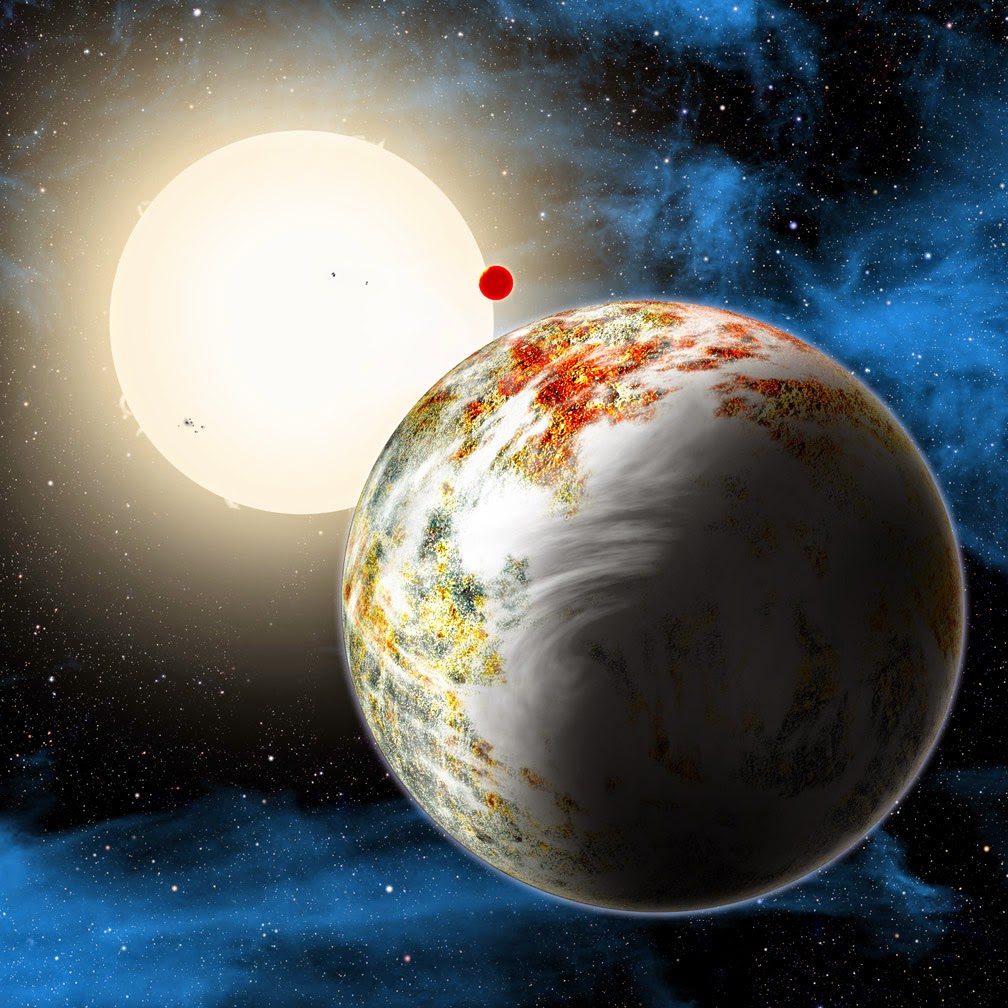 An exoplanet located 560 light years from Earth in the constellation Draco was recently discovered by researchers at the Harvard–Smithsonian Center for Astrophysics.

Having studied Kepler-10c, as the exoplanet was named, they announced that it is an unknown kind of planet with such characteristics that – based on what scientists thought until today – normally should not exist. Because of the mass of the planet, which is many times greater than that of Earth, astronomers call it “mega-Earth” or give it an even more impressive title – “the Godzilla of Earths”. Kepler-10c is a rocky planet with a diameter 2.3 times that of Earth and a mass 17 times greater than that of our planet. Scientists thought that planets of this size attract very large amounts of hydrogen in the process of their formation and thus result in gas giants like Jupiter.

The prevailing theory stated that the formation of a rocky planet of this size is not feasible. But the researchers at the Harvard-Smithsonian Center found that it is a rocky planet which, even despite the fact that is very close to its parent star, has managed to maintain its atmosphere, which makes it even more interesting. Another major finding is related to the age of Kepler-10c. The planetary system that includes the “mega-Earth” was formed about 11 billion years ago, or about three billion years after the Big Bang, from which the Universe emerged.

Our system was formed about 4.5 billion years ago. This means that rocky planets, which are considered to be most hospitable to life, were formed much earlier than astronomers previously thought. An obvious conclusion is that since a rocky planet was formed earlier, there potentially was more time for life to emerge and evolve on it. Until now, scientists believed that the ancient stars formed in childhood of the Universe could not support the formation of rocky planets because it is unclear whether there were all the necessary elements at that stage of the universe. After the discovery of Kepler-10c, researchers looking for life in space will probably pay most attention to the ancient planetary systems.

From The Mind Unleashed.