Arsenal moved above Tottenham to fifth in the Premier League courtesy of an emphatic victory over struggling Aston Villa. The Gunners dominated and took the lead when Olivier Giroud collected Mesut Ozil’s neat flick and finished well. Santi Cazorla’s shot struck the post before well-taken finishes from Ozil and Theo Walcott made it 3-0. Giroud hit the bar with a header before Cazorla fired home a penalty and Hector Bellerin made it 5-0 from 30 yards out. It is the first time Arsenal have hit five goals in a match this season and completes a hat-trick of successive league victories for Arsene Wenger’s side.

The Gunners have now claimed 19 points out of a possible 24, have not conceded in their last three league games and, with significant players returning from injury, are in a strong position to make a push for a 19th successive top-four finish. Even without injured leading scorer Alexis Sanchez, the home side had too much quality for Villa. Ozil, starting his first league game since October following a knee injury, was lively, producing a deft flick to set up Giroud for the first goal eight minutes into the first half. He then collected a pass from the French striker and finished low into the corner of the net in the early stages of the second half. Walcott also continued his rehabilitation in impressive fashion, adding to his goal in the FA Cup win at Brighton last week with a curling finish from inside the box. 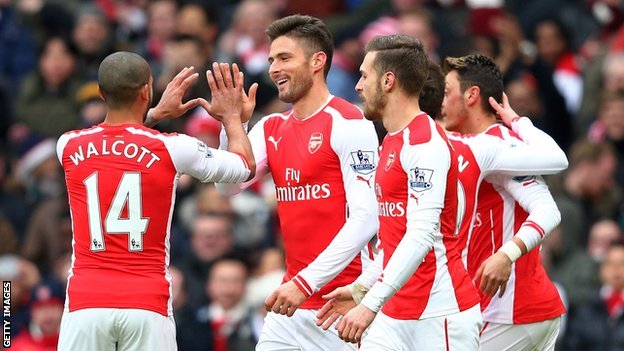 And Cazorla capped off another fine display by firing a penalty through the grasp of Villa goalkeeper Brad Guzan, who had fouled substitute Chuba Akpom. Bellerin has been quietly establishing himself as an effective full-back in recent weeks and his low, driven goal from more than 30 yards out in stoppage time was arguably the pick of the bunch. With this win Arsenal move back to 5th place with 42 points after 23 games played. Up next is bitter North London rivals Tottenham Hotspurs.

Ok, so here is an update of my cleaning up project in my apartment and especially my room. The built-in cupboard is now mostly bare and is now in need of a good cleaning up before I can move in some things in there. Here is the first of the bigger sections. I am keeping the little girl thingy and the two magazines could be salvageable for one more read. 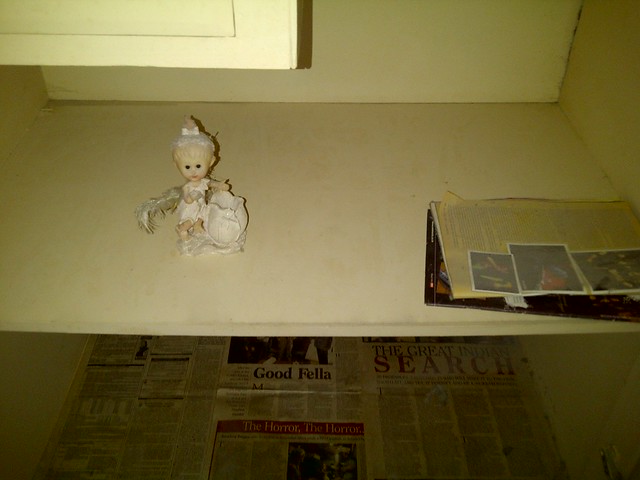 The bottom shelf is empty except for the old newspaper I laid in originally on the bottom to cover up for dust. This is where a lot of cloth material and some stuff will go in for storage. It can store a bit. 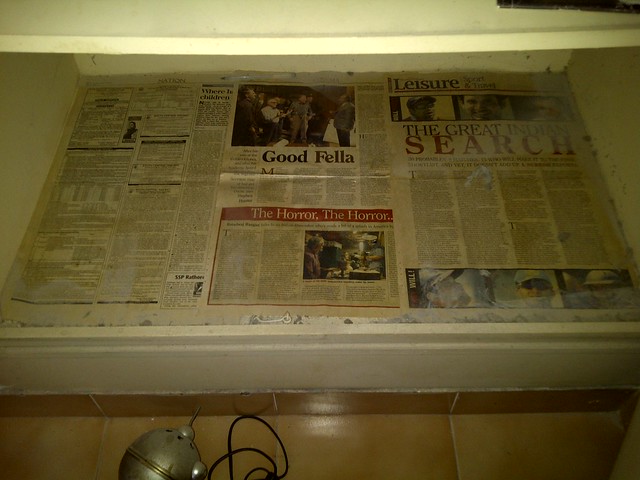 I’m going to keep the top two section for some files, bank stuff and perhaps some cds and dvds. I won’t keep too much stuff in these two sections and the drawer but I have a lack of desk/drawer space and need these for my stuff. 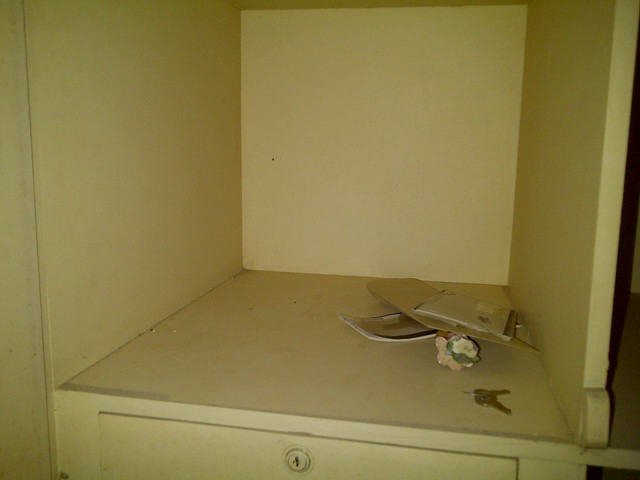 Now as I have a bad allergy to dust I need some help in cleaning up the built-in. Once that is done, I will move the things from the old steel almirah and stack them in the built-in’s shelves and then have the almirah sold/given away before I bring in my bookshelves. 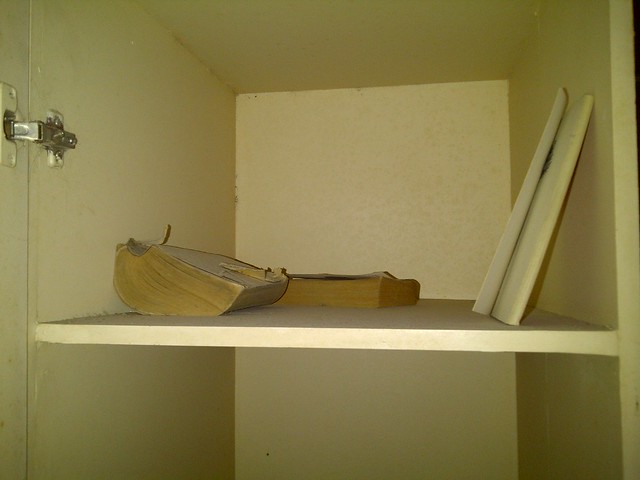 Looking forward to getting the bookshelves and decorating them with books & knick-knacks.