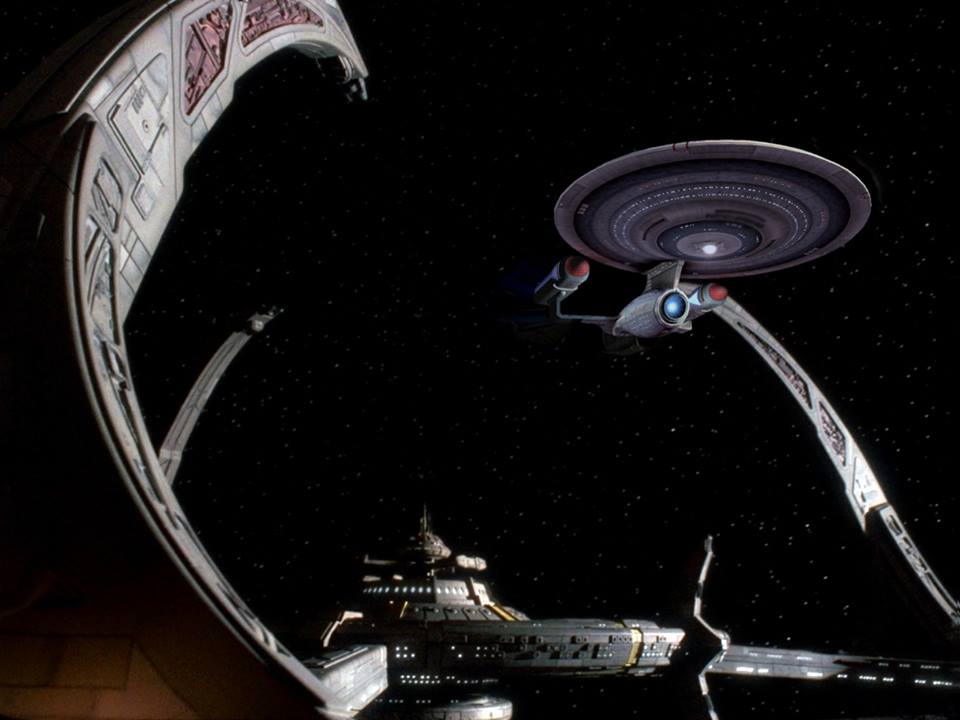 Lovely pic of an Ambassador Class starship docked at Deep Space Nine space station. I really like the Ambassador class. Click on the image for a larger image.

Arsenal boss Arsene Wenger had to endure calls for his departure as his side beat a Norwich team whose Premier League future looks increasingly bleak. Fans protested inside and outside Emirates Stadium, voicing frustration at their team’s failure to mount a title challenge in recent years. There was little for Arsenal to cheer until substitute Danny Welbeck put them ahead with a crisp half-volley. Norwich are two points from safety with three games left. They had chances – twice Petr Cech stopped Nathan Redmond from scoring. But for all their endeavour, Norwich left north London with nothing and with Newcastle beating Crystal Palace and Sunderland securing a draw against Stoke earlier in the day, their hopes of survival appear slim.

Wenger and his players had been warned there would be a toxic atmosphere at the Emirates, and protests calling for the end of the Frenchman’s 20-year tenure began outside the stadium. Fans from the Arsenal Supporters’ Trust, the Black Scarf Movement and Red Action handed out posters with the message ‘time for change’ and some fans held them up after 12 and 78 minutes – 12 being the number of years the club has gone without winning the league. Various banners were held up, one saying ‘Wenger – 12 years of excuses, Ranieri – 9 months, champions’ in reference to Leicester’s march towards the league title. Stoking the flames this week were Wenger’s pre-match comments – that fans had gone “overboard” with their criticisms, and that his team had played in “a very difficult climate” at home over recent months, contributing to their failure in the league. In a divided stadium, there were those who supported their manager, singing “there’s only one Arsene Wenger” in response to the 12th-minute protest. They would point to the six FA Cups, three league titles and 18 consecutive seasons of Champions League football the club have enjoyed under Wenger. 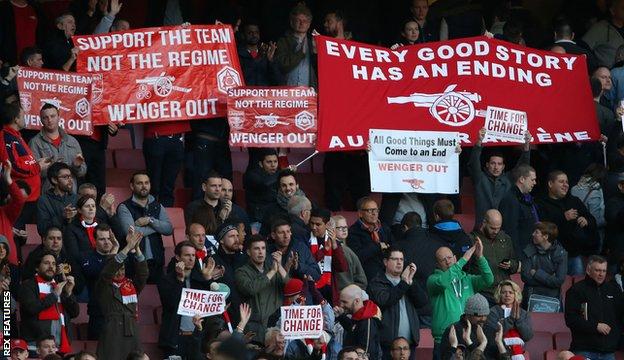 Victory over Norwich moved them to third in the table, three points above Manchester City, and a step closer to securing another season in Europe’s elite cup competition. There was little to unite the factions as the first half played out like the majority of Arsenal’s games this year: plenty of possession, but little bite. For the fourth time in their past nine home league games, Wenger’s men failed to conjure a shot on target in the opening 45 minutes. At the other end of the pitch, and despite the visitors having just 30% of possession, Cech twice stopped Redmond from scoring, while a third effort from the striker before the break bounced just wide. It was the 56th-minute introduction of Welbeck that turned the match in Arsenal’s favour. The striker gave his team much-needed spark and, within three minutes of coming on, he placed Olivier Giroud’s well-directed header into the bottom-left corner. Welbeck’s goal came from his team’s first shot on target.

The Gunners have two games to play – against fourth-placed Manchester City and relegated Villa.