Hosts France advanced to the Euro 2016 final with their first victory over Germany in a major tournament since 1958 on a night of high emotion in Marseille. Antoine Griezmann, the tournament’s top scorer, made the decisive contributions in each half to set up a final against Portugal at the Stade de France on Sunday. Griezmann scored from the penalty spot right on half-time when Germany’s Bastian Schweinsteiger was penalised for handball by Italian referee Nicola Rizzoli in an aerial challenge with Patrice Evra. France held out against German pressure before Griezmann settled the destination of a pulsating semi-final with 18 minutes left when he turned in from close range after keeper Manuel Neuer could only half-clear Paul Pogba’s cross.

Joshua Kimmich then hit the woodwork for Germany and also saw a header brilliantly saved by France keeper Hugo Lloris – but there was no way back for the World Cup holders. France made a slow start to Euro 2016 but there was a real sense inside Marseille’s vast Stade Velodrome that Didier Deschamps’ team are now being carried towards the finishing line in Paris on Sunday by a national tide of emotion. It was, of course, during a friendly between France and Germany at the Stade de France, which will stage Sunday’s Euro 2016 final, that the first explosions were heard on the night of the Paris attacks in November in which 130 people died and hundreds of others were wounded. Fourteen players who started that night were in the line-ups that took to the field here in Marseille. The atmosphere inside the Stade Velodrome was electric after a day of searing temperatures and the togetherness now felt between France’s players and their supporters was summed up in one moment in the second half. Germany were applying pressure in an attempt to claw back a 1-0 deficit when the whole ground erupted into a rousing chorus of national anthem La Marseillaise to urge their team on.

One more task remains against Portugal on Sunday – the whole of France expects. 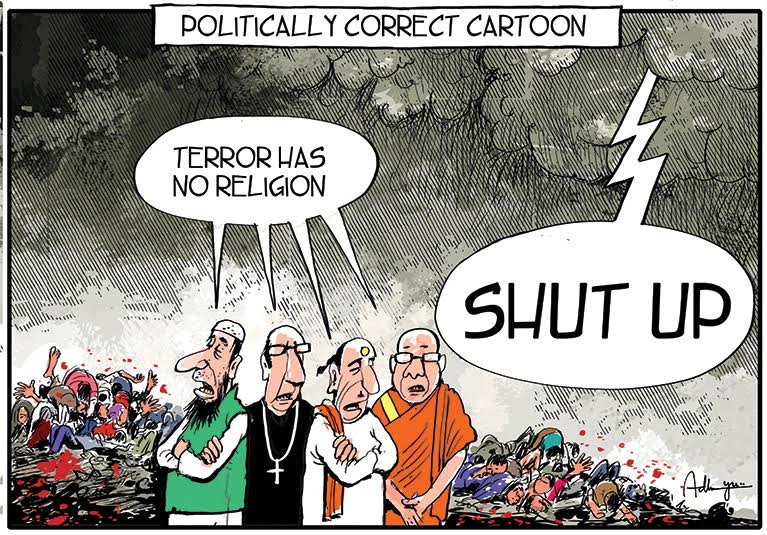 Today’s cartoon by Sandeep Adhwaryu in Times Of India.