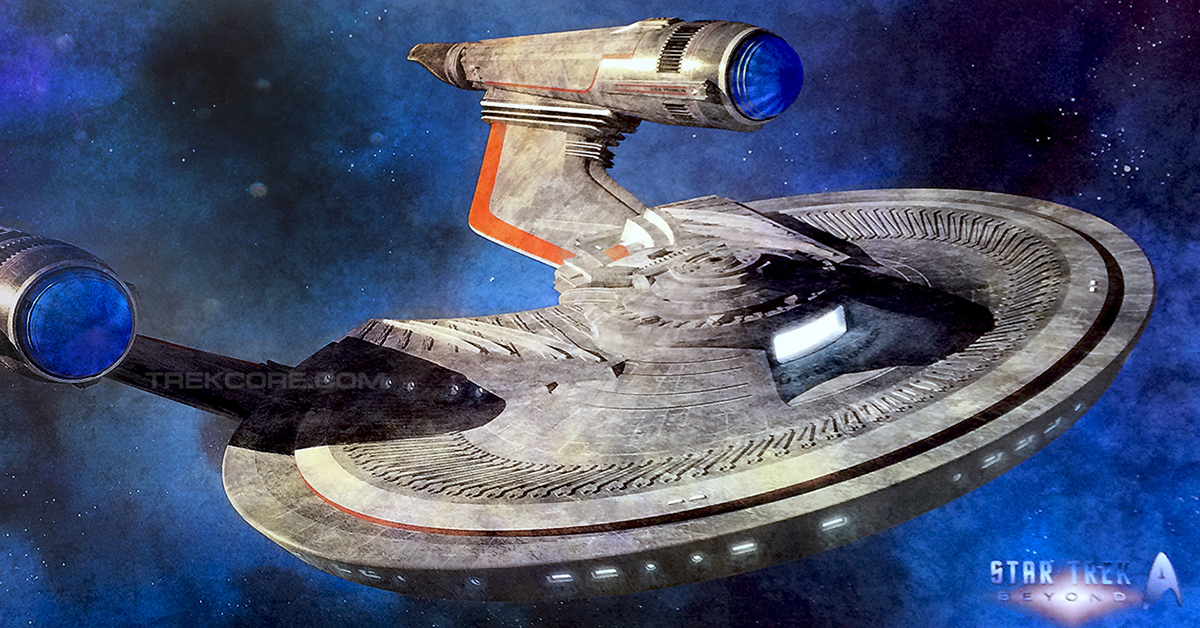 So it’s been a couple of days since I saw Star Trek Beyond and there’s a few posts that I thought I’d get out of the movie. Since I have done my review of the film let’s see what I thought about the hero ship featured in the movie. Hero ship as in, the USS Enterprise gets damaged and destroyed beyond repair in the first 25 minutes of the film and hence we get another ship. The USS Franklin.

The Franklin is an early Federation ship that went missing a 100 years ago and which the crew of the Enterprise find with the help of an alien named Jaylah. The Franklin, captained by from MACO Balthazar Edison  A human soldier from before the Federation’s formation, Edison became disillusioned with his life and purpose after peace was established with humanity’s enemies. When he and his crew were stranded in the nebula, he believed he had been deliberately cast aside. Having prolonged his life using the planet’s alien technology that also physically deformed him, Krall/Edison now plans to destroy the Federation in revenge. The crew of the Enterprise manage to fix the Franklin and take it into space.

I like the saucer section of the ship which reminds a lot of us fans of the NX-01 Enterprise (and Columbus) but I do like those jagged pylon sections that attach the main saucer section with the nacelles. Although the nacelles themselves look good on the ship. I might give the ship a grudging 6.5 outta 10 for the design and overall look.

What’s the most dreadful (or wonderful) experience you’ve ever had as a customer?

I think I have had some dreadful experiences as a customer but the eBay India one I had recently, like back in February was the worst. Having ordered a new phone for my mum and having the seller not send it was terrible. Even worse was the fact that I got not explanation – seller was trying to blame eBay, eBay was trying to blame the seller – and I was out of the money I had set aside to buy her the phone. Contacting their chat support was of no use either but I got the money in the end. And the seller’s staff called me a few weeks later and said that they would compensate me a measly Rs.300 if I redacted the low score I gave them. It’ ain’t happening douche!

I have some really good customer service reps who I have dealt with me. Some simple services and folk who won’t even know what customer service is but can do it all day long. They just want to do right by you and it’s in their nature to be of good service to you. Cheers to them, we can all learn from those people.