Skyscraper is a 2018 American action film written and directed by Rawson Marshall Thurber, and starring Dwayne Johnson, Neve Campbell, Chin Han, Roland Møller, Noah Taylor, Byron Mann, Pablo Schreiber and Hannah Quinlivan. If you have watched Die Hard, you will get a familiar feeling while watching this movie. It basically is Die Hard with updated techology, way too many cliches and 1/3rd the charm. Maybe even less.

10 years ago, U.S. Marine war veteran and FBI Hostage Rescue Team leader, Will Sawyer (why does every single role of Johnson always has his as a war veteran) is badly injured in an explosion set off by an unstable abusive father who was threatening his own family. Will loses one of his legs and is operated on by a surgeon, Sarah, who later becomes his wife. He retires from the FBI and starts his own company which assess the security for large skyscrapers. Fitted with a modern prosthetic leg he has full mobility and has two kids, twins Georgia and Henry.

Wealthy Chinese financier and entrepreneur Zhao Long Ji has funded the construction of the world’s tallest skyscraper in Hong Kong, standing at 3,500 feet (1,100 m) and 225 stories tall, which they call “The Pearl”. Although the building is structurally complete, the construction process has been not without complications and the building has yet to be opened to the public.awyer confirms to Zhao, security directors Ajani Okeke and Sawyer’s friend and fellow ex-FBI agent Ben Gillespie, and insurance executive Mr. Pierce, that the building’s fire and security systems are secure, but he needs to inspect the offsite security center that controls the system. Zhao then hands Sawyer a tablet computer that gives full administrative access to The Pearl’s computer systems that can only be unlocked by facial recognition.

As expected, Ben is seeking revenge and has conspired with Kores Botha, an international terrorist to forcefully get the tablet from Will and take over the building. The Pearl is infiltraded and as his wife & kids are in there, Will must fight the whole team of terrorists and save them. Sarah is no slouch in fighting either (though why the good doctor is like also a martial arts asskicking gal is beyond me) and in the end they are able to save the two kids and reunite as a family. Even the final scene with the family hugging and the Hong Kong Police Force Response team chief congratulating Will screams Die Hard.

This is another one of those big block buster explosion fest filled with cheesy scenes and dialogues fit for Dwayne. He is a one-man industry for these kinda movies. Nice to see Neve Campbell in a big budget movie again and she looks great. Movie gets a 6 outta 10 from me.

Aaron Ramsey scored an early goal of the season contender as Arsenal thrashed Fulham to record a ninth straight win for the first time since April 2015. Alexandre Lacazette scored two impressive goals before substitute Ramsey finished off a classic team move and Pierre-Emerick Aubameyang netted twice. Frenchman Lacazette claimed the opening goal of the London derby at Craven Cottage when he spun on Nacho Monreal’s cutback before drilling the ball past Marcus Bettinelli. But Fulham drew level before the break as Luciano Vietto pounced on a loose pass by Monreal to thread the ball through to Andre Schurrle, who chipped over Gunners keeper Bernd Leno.

Arsenal were a different side after the interval and Bettinelli – called up by England this week – produced the save of the game to keep out a fierce strike from Bellerin, moments before Lacazette added his second – an early strike from long range which seemed to catch the Fulham keeper by surprise as it nestled in the bottom corner. Ramsey was introduced in the 67th minute – and the Welshman added a third just 39 seconds later as Arsenal moved from left to right with one-touch passing and neat headers. The ball made its way to fellow substitute Aubameyang, who swept the ball across the face of the Fulham goal for Ramsey to flick past Bettinelli.

Aubameyang added a fourth as he swivelled on a low cross from Hector Bellerin before side-footing the ball into the far corner. And the Gabon striker rounded off the scoring after a neat low finish to cap a thoroughly entertaining victory in the derby. Fulham had their opportunities to respond. Aboubakar Kamara had the pick of their chances but shouldered Cyrus Christie’s cross instead of meeting it with his head. A sixth consecutive Premier League victory for Arsenal moved Unai Emery’s men up to third in the table, a point behind Manchester City and Liverpool, who meet at Anfield later on Sunday. Fulham remain just above the relegation zone in 17th. 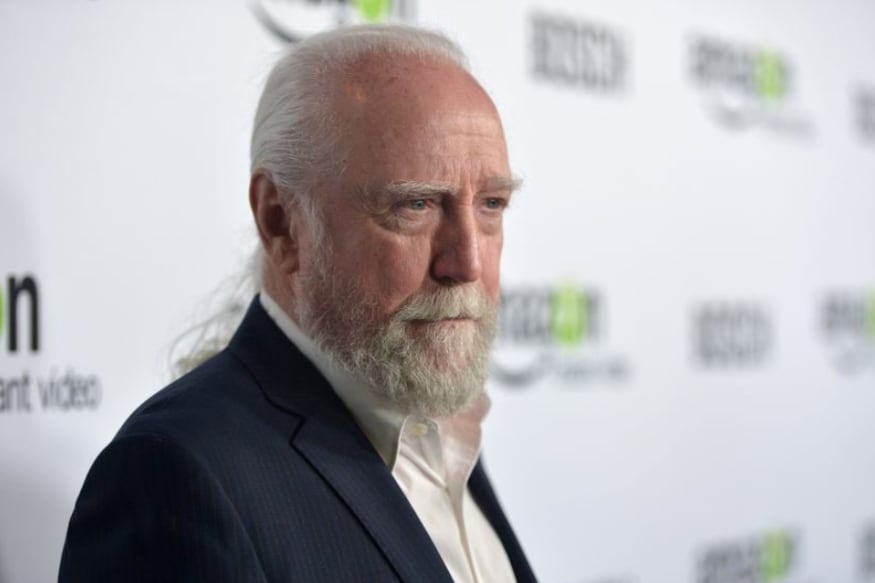 Scott Wilson (born William Delano Wilson) passed away yesterday at the age of 76. Wilson was an American film and television actor who had more than 50 film credits, including In the Heat of the Night, In Cold Blood, The Great Gatsby, Dead Man Walking, Pearl Harbor, and Junebug. In 1980, Wilson received a Golden Globe nomination for Best Supporting Actor – Motion Picture for his role in The Ninth Configuration and  played veterinarian Hershel Greene on the AMC television series The Walking Dead from 2011 to 2014. He had a recurring role on CSI: Crime Scene Investigation as casino mogul Sam Braun.

He made his screen debut portraying characters suspected of murder in his first three films. In his debut film, Wilson played a murder suspect in In the Heat of the Night (1967). His follow-up role, in the same year, was In Cold Blood, based on the book of the same name by Truman Capote. Wilson portrayed real-life murderer Richard Hickock, while Robert Blake played his partner, Perry Smith. Wilson’s long filmography also includes The Gypsy Moths, The Right Stuff, A Year of the Quiet Sun, Malone, The Grass Harp, Junebug, The Host, Monster, Young Guns II, Pearl Harbor, Big Stan, Judge Dredd, the Shiloh film series and Behind the Mask: The Rise of Leslie Vernon.

Wilson has filmed on location in South Korea, Japan and Spain. Wilson had a recurring role in several episodes of CSI: Crime Scene Investigation as Sam Braun, father of crime-scene investigator Catherine Willows (portrayed by Marg Helgenberger). Braun was killed off in the episode “Built to Kill, Part 2”. In the fall of 2011 he also made an appearance opposite Laura Dern in the HBO series, Enlightened. He also portrayed John Lyons in Damien.