Manchester United had to twice come from behind to earn a draw against Arsenal, said manager Jose Mourinho. Mourinho dropped high-profile duo Paul Pogba and Romelu Lukaku after recent disappointing performances which have brought only three points from the past 12 available – and, while quality was lacking, no-one could doubt his side’s endeavour and character. Goalkeeper David de Gea made an uncharacteristic error as he failed to deal with Shkodran Mustafi’s tame 26th-minute header, which Ander Herrera could not clear before it crossed the line.

United were swiftly level through Anthony Martial after Arsenal keeper Bernd Leno could only half-clear a free-kick to set up an exciting second half. Substitute Alexandre Lacazette scrambled Arsenal back in front after 68 minutes but United were on terms once more within seconds as Jesse Lingard pounced on Sead Kolasinac’s attempted backpass. De Gea redeemed himself with a succession of fine saves as both sides had to content themselves with a point, with United now eighth in the Premier League and Arsenal, who extended their unbeaten run this season to 20 games, dropping to fifth.

Mourinho will be pleased at the manner in which United responded to Arsenal’s goals, helped by the Gunners’ sloppiness, and these were players who were undoubtedly putting in the work for their manager. Arsenal will, ultimately, probably be happy with a point at a ground where their recent record is miserable, and against opponents who were attempting to put down a marker after recent criticism. Gunners boss Unai Emery, however, will feel disappointment that they did not leave with all three points after twice holding the advantage only to concede it quickly. 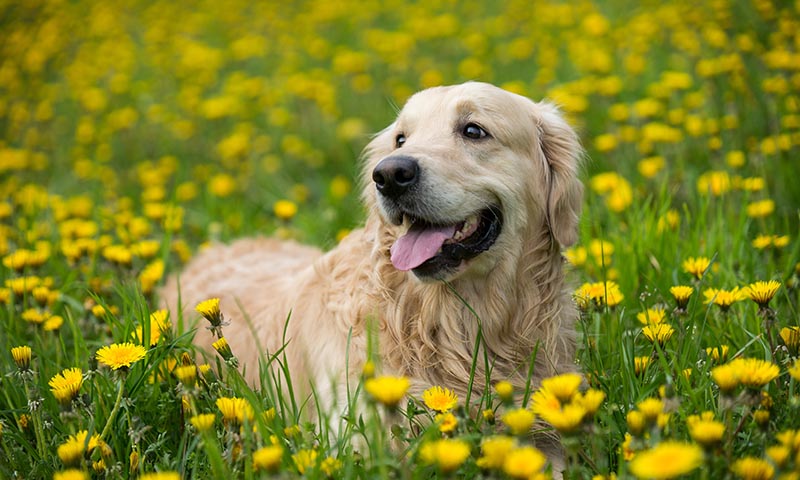 ……is a Golden Retriever in a meadow of flowers!