After a long while, my cousin Sujith and I went to Golden Dragon on Saturday afternoon. Our meets have been lesser & lesser this year and with me preferring to stay in and relax at home over the weekend with the folks and order in it was inevitable that our outings will be sparse. We also planned a couple of meetings which fizzled out due to either he or me not feeling well or other things coming up. 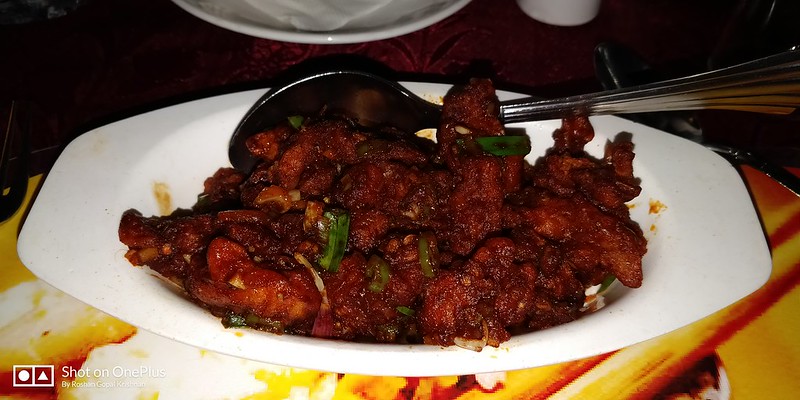 This time we just had to meet and despite the fact that I only woke up at 11 am and met him by 1pm. I also have to work at 3:30 am – because of some fuck up at work – but I still was gonna go to eat some good food and drink a couple of beers with my cousin. We met at Golden Dragon and ordered Budweisers and started with shredded pork and chicken lollipops, both of which were excellent. 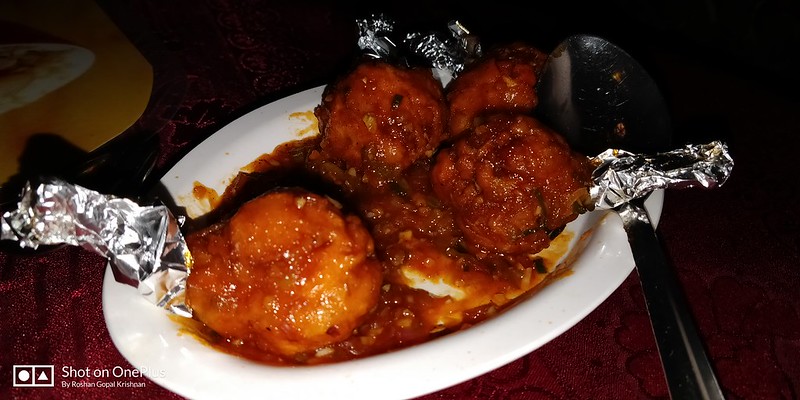 We then had some pepper lamb and more beef in oyster sauce, which was the only dish that wasn’t excellent because it was a bit too salty. One more beer each as we discussed a bit about work, music, movies and Star Trek. After that it was a short walk to Milanos to have banana splits which we didn’t know they had on their menu. 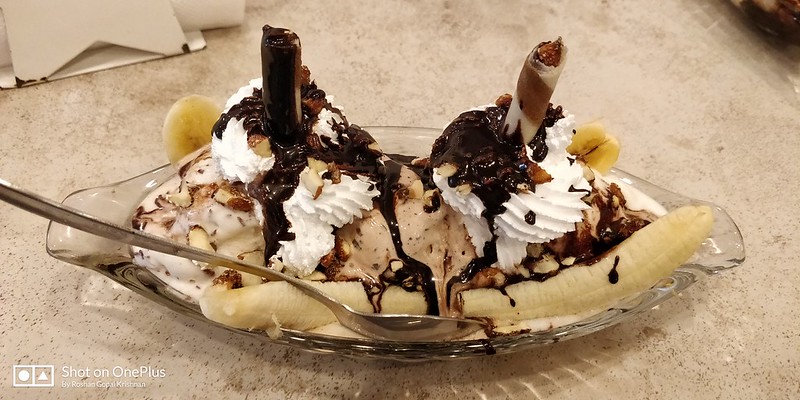 And the banana splits were amazingly rich and sinfully delicious and full. Excellent sundaes!