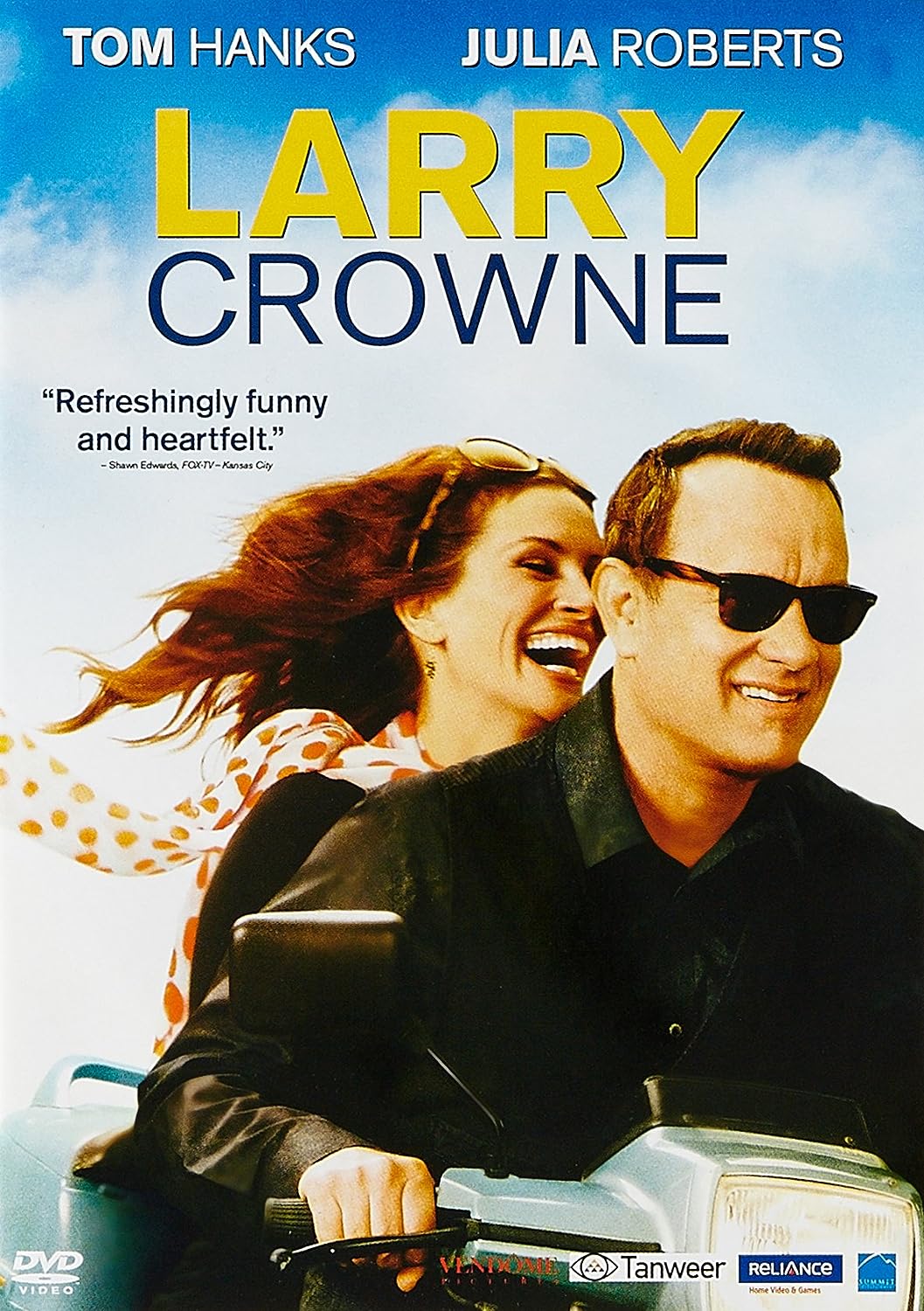 Larry Crowne is a 2011 American romantic comedy film starring Tom Hanks and Julia Roberts. The film was produced and directed by Hanks, who co-wrote its screenplay with Nia Vardalos. The story was inspired by Hanks’ time studying at Chabot College. The film tells the story of Larry Crowne, a middle-aged man who unexpectedly loses his job and returns to education. It was released in the United States on July 1, 2011. The movie stars Hanks & Julia Roberts.

After 20 years in the Navy as a cook, Larry Crowne, has been working is fired from his job at a big-box store due to a lack of college education, despite his seniority and exemplary work. He is informed that this is due to restructuring at the corporate level and his lack of a degree means he cannot be promoted. A divorced man who lives in a house on his own Larry  cannot find a job and could lose his house. Larry’s neighbor, Lamar, advises him to enroll at East Valley Community College and get an education. Larry sells his SUV and buys a scooter from Lamar. He signs up for classes in Economics, taught by Dr. Ed Matsutani, and is suggested to take up Speech, taught by Mercedes Tainot.

He initially struggles and Mercedez is initially hostile to her class as she struggles in her married life because she is unhappily married to Dean, a former professor-turned-writer-turned-blogger. In reality, Dean spends his days looking at internet porn. Larry makes new friends when Talia, a young student, introduces her to the scooter club at the college. She also has him change his hair style, clothes and Larry’s friend Frank, who runs the diner, offers him a job to help make ends meet, as Larry had been a Navy cook. After a night with Dean goes horribly wrong, Mercedes is left alone at a bus stop, where Larry and his scooter gang notice her. Larry offers her a ride home, which Mercedes reluctantly accepts. On their way home they witness Dean getting arrested for drunk driving.

At her front door, Mercedes offers Larry to kiss her and they hug (Mercedes thinks that they are kissing). She wants to have sex as well, but Larry declines, not wanting to take advantage of her inebriated state. When Dean arrives home the following morning he finds all of his possessions on the front lawn. Using his knowledge picked up in economics class, Larry begins a strategic foreclosure and plans to move to an apartment. Mercedez sees Larry with Talia and thinks they are romantically involved and cools to Larry, making him disappointed as he had been excited about Mercedes’ interest in him. He goes back to concentrating on his studies and his new job instead. Mercedes runs into Talia, who is telling Frances, her English teacher, that she will be dropping out of college to start a thrift store.

Mercedes finds out that Talia and Larry are just friends. At finals Larry aces his topic and gets an A+ from Mercedes, who is now happier in her life, and has rediscovered her passion for teaching. Mercedes meets Larry at the diner and tells him that he was an excellent student to which he replies that he had an excellent teacher. At the end of the movie Larry, who is no longer in speech class, asks Mercedes out on a breakfast date to which she comes to his apartment which is above Talia & her boyfriend’s new thrift store.

It’s a simple, uncomplicated feel-good movie with some humour and romance in it. It’s not ground breaking and nothing that like one of the major romantic comedies that stand out much. But it’s a fun movie and I was thoroughly into it. With a great cast that also includes Bryan Cranston, Pam Grier, a pre-fame Rami Malek, Cedric the Entertainer, Gugu Mbatha-Raw, Wilmer Valderrama, Ian Gomez & George Takie! A solid 7.5 outta 10!