I have wanted to go to buy some shirts and decided that this 3 day weekend I should go in to Men’s Studio and see what shirts they have in my size. But first I wanted to have lunch since all I had in the morning was a half bowl of cornflakes. So I was thinking of which place I would choose to go and the craving for a real beef burger hit me hard so I picked The Burger Junction. 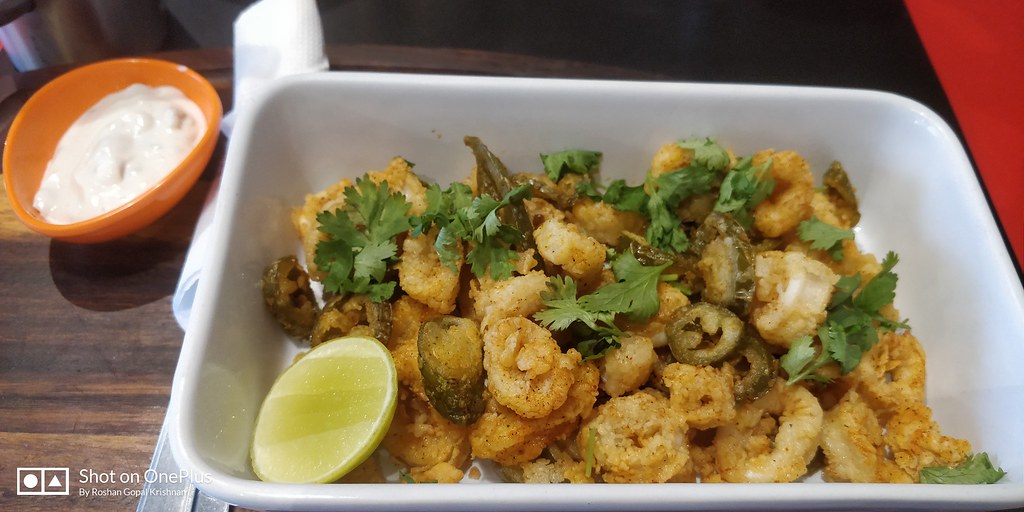 I was there by 12:30 pm and ordered a nice juicy burger with a fried egg and I added bacon as an optional topping. I picked a peanut butter & mocha smoothie and for an appetizer I had these wonderful fried calamari rings with jalapenos and a tartar sauce on the side. They were great. And the burger was awesome. I stayed there for a while and then went to Men’s Studio. 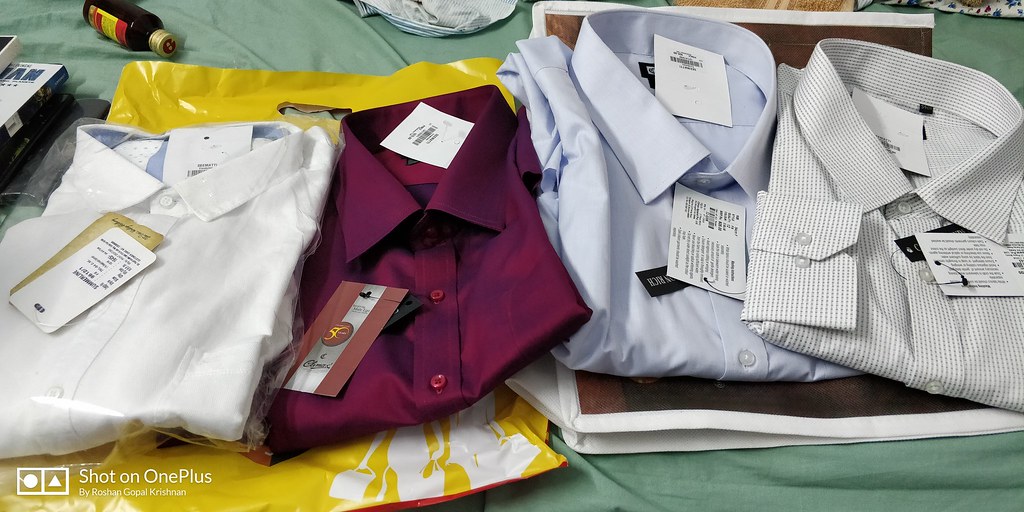 I tried out several shirts before picking these four that you see above in the pic. Its’ a shame that for big fat guys like me they seem to have a dearth of darker coloured shirts. It’s always white, or white with stripes or lighter shades of blue or ash/gray. Anyways, I do like these ones that I selected today. One, the white on the extreme left is a casual one and the others are more formal or semi-formal shirts. After that I went to Milanos for a quick gelato and came back home.