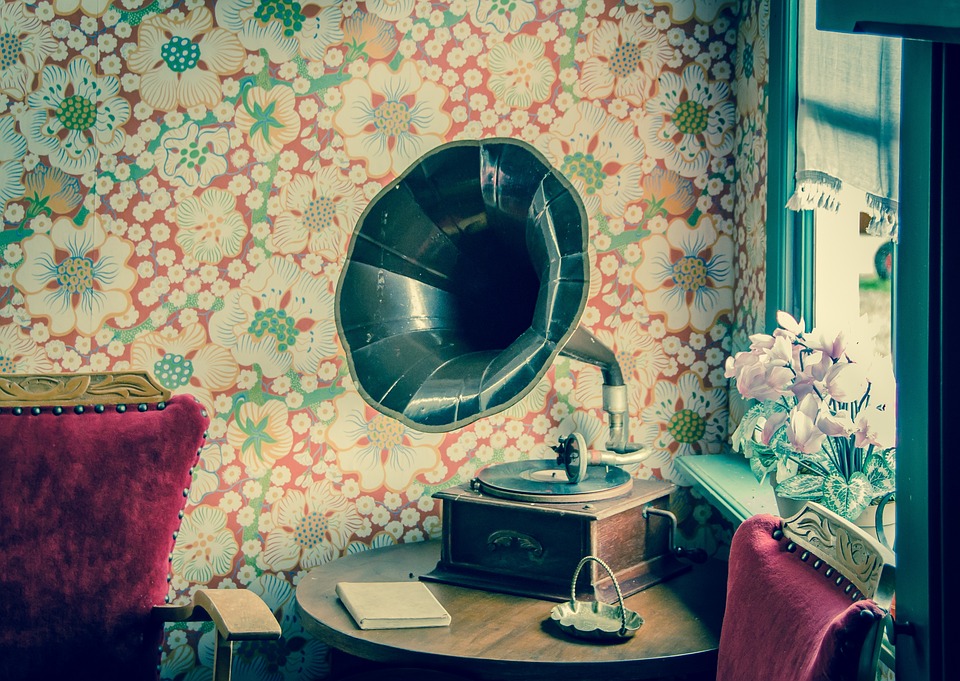 “I hope I die before I get old” belted Roger Daltrey on the seminal track “My Generation,” and yes, while he may be a little bit on the grouchy side these days due to Brexit, that one sentiment perfectly encapsulates youth. But now, we see Roger Daltrey singing arguably The Who’s most famous song and wonder if he really meant it. It seems that now, getting older is it a passe thing, and that there are more musicians out there now in their late 30s, 40s, 50s and beyond, still pushing those youthful sentiments. But now, they’ve got the benefit of hindsight. While there are so many songs about the exuberance of youth, are there any songs we can use as a lesson on getting older?

Perfectly encapsulating the idea of maturity, the irony is not lost on Joni herself that recording it as a young lady; she was wise beyond her years. But most telling is that she revisited this song much later in her career, and while the sentiment of the song is that there are few truths learnt by living, as a more mature woman herself, having lived life, the song still suggests that there is as much a mystery to life when you are at the tail end of it.

Help The Aged by Pulp

What sounds like a plea to understand older people, the lyric belies a grimmer message. The line “can’t away from yourself” is a message to all of us getting older; that, no matter how much we try to dye our hair, and fight the inevitable, we will still end up as the person we were meant to be.

An examination of his own grandmother Molly’s fading memory; the song chronicles Veronica’s life from the vivid pictures of her early years all the way to her non-existent existence in a care home, mute and ready for the end. Currently, it was co-written by one Paul McCartney, who had his very own thoughts on getting old chronicled in a very famous song…

Paul McCartney was actually 16 when he wrote this. While the imagery is incredibly twee, and masquerades as a music hall ditty, the comic imagery of living in idyllic lifestyle after retirement could provide a very warming sentiment for all of us concerned about getting on in years, when the idea of which granny flat designs we really want or if the car’s got enough petrol in it doesn’t necessarily matter in the long run. Because, when we hit retirement age, we will celebrate our birthdays with a bottle of wine, and have a jolly old time (well, hopefully).

This was all about wanting acceptance from the elders in society. His plea that he is “a lot like” they were shows how we get so judgmental as we get older, that we forget that we had so much fun when we were young. Tellingly, Neil young was 24 when he wrote this, and now while he has every right to be a grouchy curmudgeon who is well beyond retirement age, he’s still looking to push the boundaries. He may very well be an old man, but his sentiments aren’t.

Losing My Edge by LCD Soundsystem

Old friends by Simon and Garfunkel

Arguably the most melancholic of the songs on the list. It’s the story of two old men sitting on a bench loans 100 wondering how strange it is to be 70 years old. While Paul Simon, who wrote this, turned 70 in 2011, this song has naturally gathered more meaning, and no doubt, he’s realized how far from strange it really is!

From the perspective of any teen growing up idolizing Jay-Z, when you turn 20, you may very well just get put out to pasture. But, this ode to hitting your 30s can do more than make you realize that you’re anything but old, but in fact, getting a stock portfolio is one of the great benefits of supposed “old” age. If it’s good enough for Jay-Z, it’s good enough for us!

While on the surface, it’s a pretty amusing ode to that guy who still talks about his high school football career as the crowning achievement of his life. But the most telling aspect about it is the song jumps between this and Springsteen’s semi-autobiographical tropes about his father being laid off. The moral of the story? Your glory days aren’t over. In fact, your glory days may very well be ahead of you!

So what can music teach us about getting old? It seems that now, we’ve got so many people writing about getting old from a youthful perspective, when these musicians are all hitting the time where they are supposed to be put out to pasture, but have more than their fair share of energy. The exuberance of youth, especially through music highlights just how much we all think that, when we are 20, 30 may as well be 75. But as the music we grew up listening to gets older and matures, so do we. They say that the music you listen to during your teen years shapes your entire life. As music appears to be predominantly a youthful practice, the songs about getting old and looking back on our youth are few and far between. “It Was A Very Good Year” by Frank Sinatra may very well be the pinnacle story of revisiting installment loan poor credit memories of youth…

The car you drive is, for many people, one of the most important things of all. Regardless of how important it might be for you, the truth is that it is so for many people, and this is something which is worth remembering if you are keen to make sure that you are driving something decent for you. If you happen to have access to a luxury car, then that is the kind of experience which is going to be particularly enjoyable and which you probably want to make the most of. In order to ensure that you do make the most of it, it can help to have a good sense of what you can expect to get from driving such a vehicle. In this article, we are going to discuss some of the joys and benefits of driving a luxury car, some of which you might never have considered. These are all great reasons to enjoy driving a luxury car if you have one. 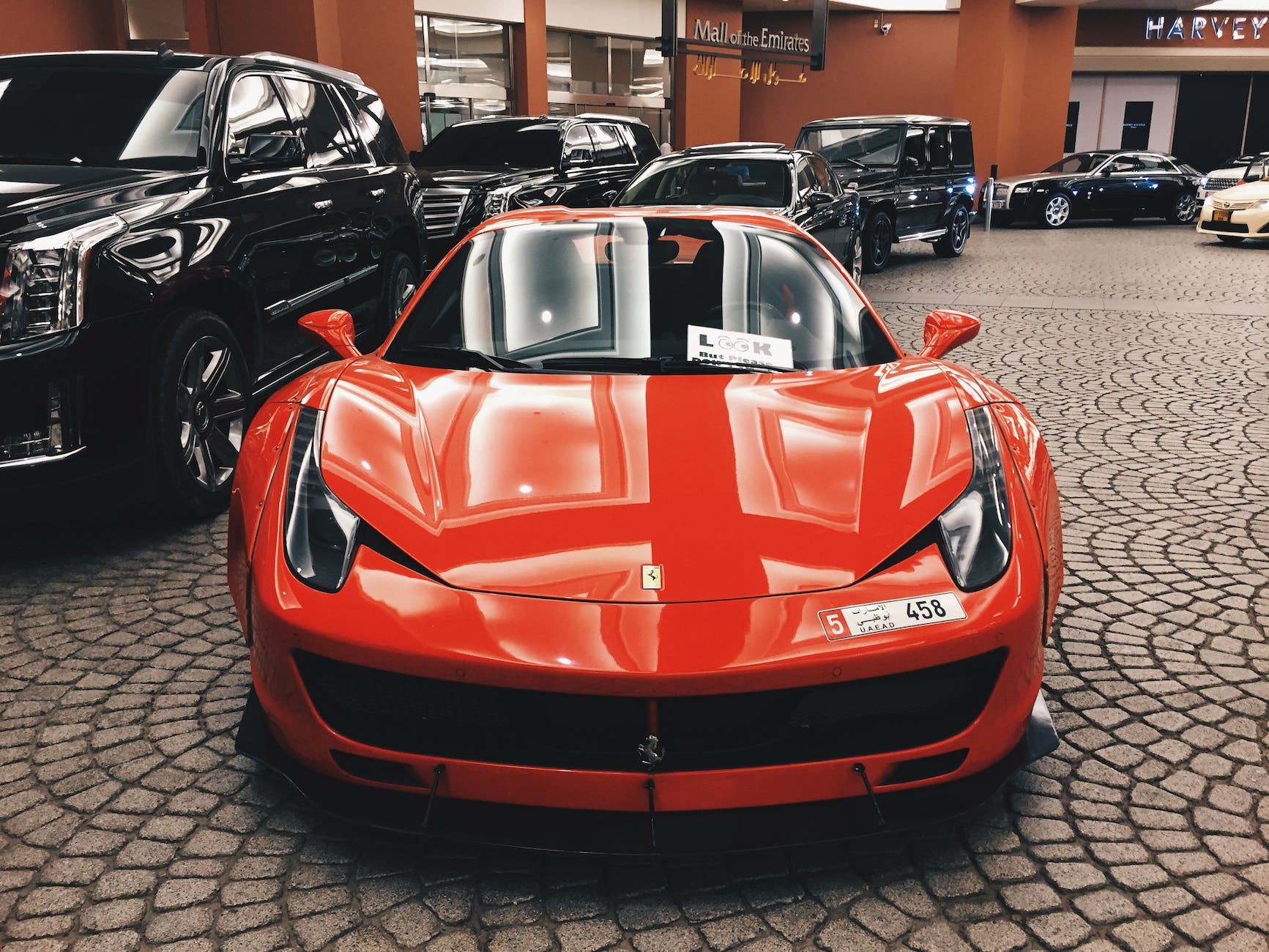 Whether or not you want this to be the case, the fact is that the car you drive impacts your image and what people generally think about you. That is one reason why you probably take great care when it comes to choosing a car. After all, you know that you are going to look a certain way when you drive it, and you want to make sure that you are going to be able to look at how you want. The truth of a driving a luxury car is that you will almost certainly have an image that you can be proud of, so that is going to be one thing that you won’t really have to worry about. This image can vary from car to car however, so you will still need to be aware of it for that reason.

Just the fact that a vehicle is luxury will not always be enough for the image to be as you would ideally want it. You might find that you need to try a few different options, and the truth is that all that means is test driving more cars – which is no bad thing indeed. As long as you are testing and buying with your image in mind, then you will find that you do end up driving something that really suits you. That will make you feel better behind the wheel, it will increase your driving confidence, and you will find that you are much more likely to be able to drive it happily for as long as you like. As you can see, image might be more important than you had realized, and it is certainly something to think about. 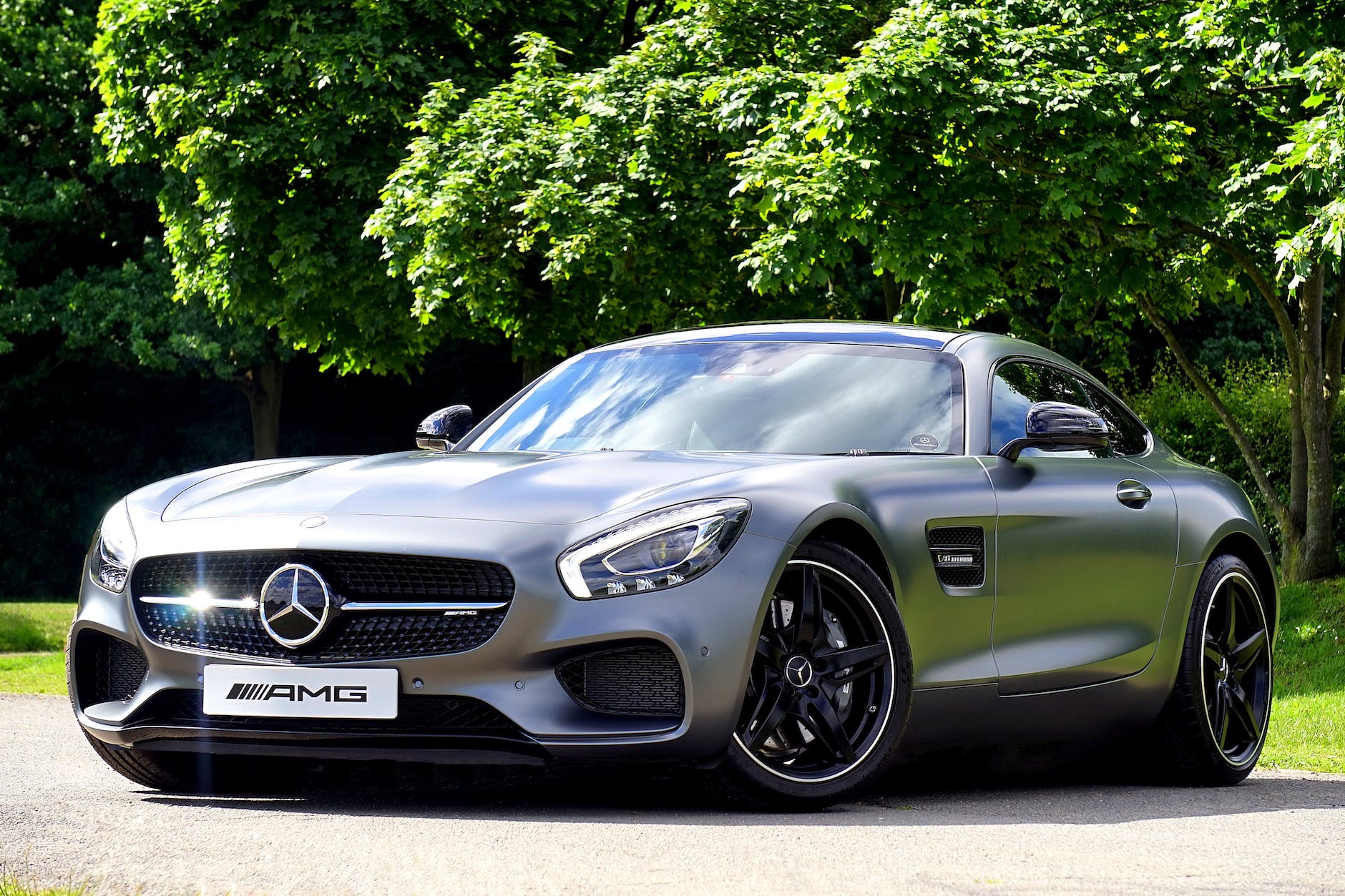 Of course, the joy of driving a luxury car goes far beyond merely the image that it gives you. Most luxury cars will also be incredibly fun to drive, as seen mostly in the fact that they tend to have such a decent level of performance. Whether or not you are a particularly ardent motorhead, this should still be somewhat important to you, and it is something that you will want to think about if you are to make the right choice when buying your next luxury car too. For while all luxury cars have good performance, they instant loands don’t all have equally good performance, and you might find that there is one that you prefer the feel of over other ones. Again, this is a good reason to make a point of test driving, but when you do what should you look out for to be sure of its performance?

One of the main factors of performance is acceleration, which you can be sure of in the test drive, but also in the actual figures too. Acceleration is the main thing that affects how it feels to drive and how much performance it seems to have, so it is something that you will probably want to think about early on. As well as that, there is also the issue of handling. That is simply the way in which you are able to handle the car on the road – steering and so on. That is affected by so many factors all at once, including what kind of michelin tyres the car has, what the suspension is like, and much more besides, so it is a hard thing to be sure of. But the way that it feels is what really matters here, and what will tell you how the handling is likely to be in future. These high performance vehicles can often come with a higher price tag, but it could be worth the extra cash if you are looking for something really special. 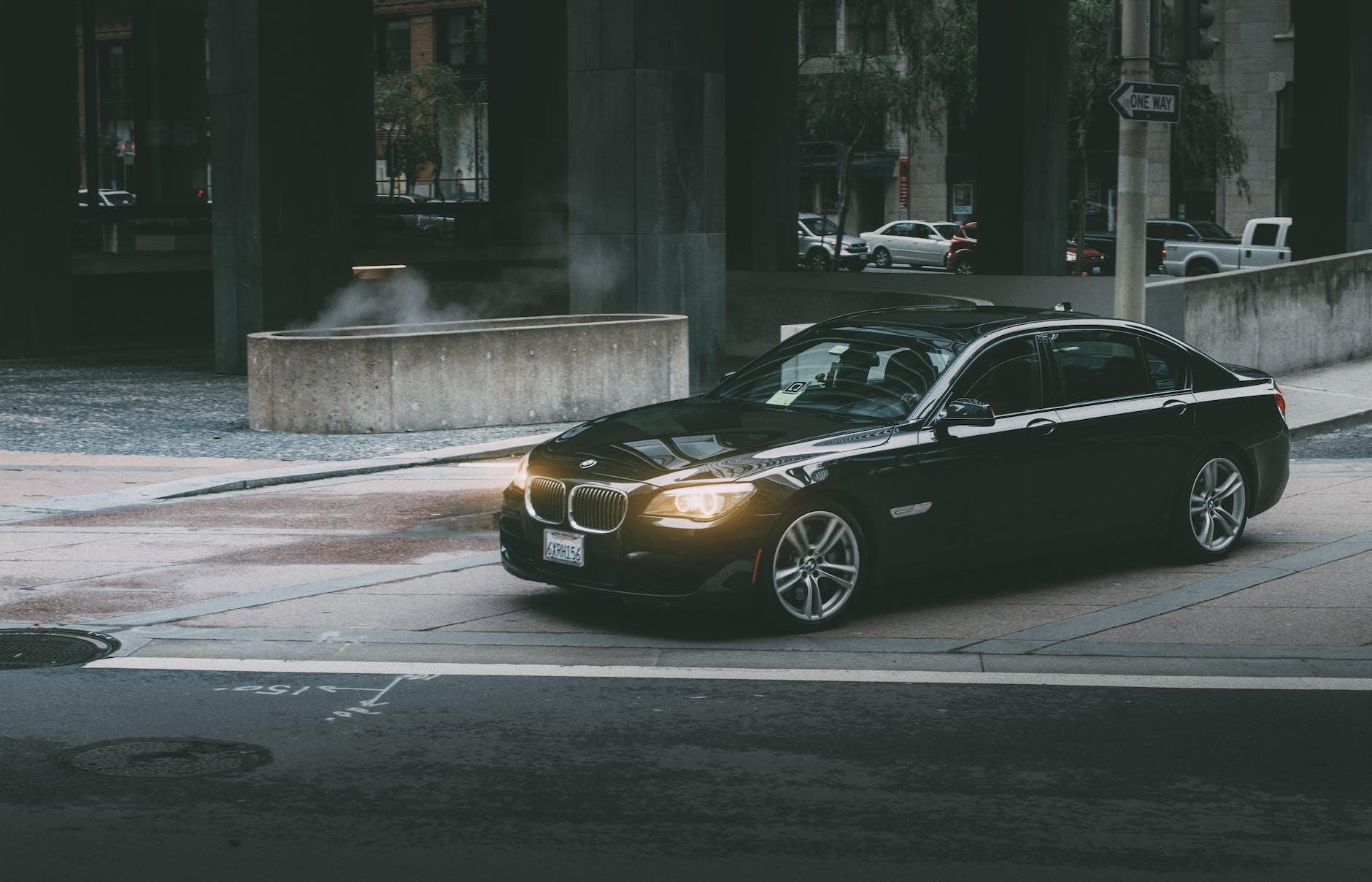 Everyone enjoys being comfortable as they drive, and luxury cars tend to offer much more in the way of comfort than other kinds of vehicle. If comfort is especially important to you, then you will find that luxury cars are probably the way to go. With upholstered seats often made from luxury materials and many other features on the interior which affect comfort, you will find that driving such a vehicle is like relaxing in your living room. If nothing else, that makes the experience of driving a much calmer and more enjoyable one, and you will find that you are much more likely going to enjoy longer journeys compared to having a car which doesn’t have this kind of level of comfort. It’s definitely something to look out for, and if nothing else it is going to mean that you will enjoy driving more.

These factors are all a big part of the joy of driving a luxury car, and they are all things which you should keep an eye out for if you are on the market for such a vehicle. You will find that such vehicles are much more enjoyable to drive, and that – as long as you can afford them – they are generally worth the money.