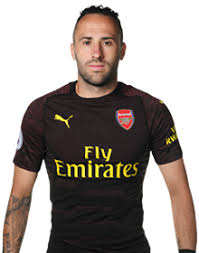 After much speculation over his future, Colombian goalkeeper David Ospina has made the permanent switch to Napoli, having spent the season on loan with the Italian side last year. The sale will be a significant boost to Unai Emery’s transfer budget and the wage bill at the Emirates Stadium. The price that was initially agreed as a permanent clause in the loan deal last summer but was rumoured to be unacceptable to Napoli this summer. Earlier this summer, it was believed that Ospina would leave for £3 million. An extra £1 million has been earned, purely through negotiating.

Arsenal have stepped up transfer their interest in Kieran Tierney to replace ageing left-back Nacho Monreal. Unai Emery is convinced the young Scot, 22, can make the step-up to the Premier League and add some much needed full-back talent. The Gunners were sorely lacking in quality on the flanks last season – an area Emery is keen to address. Serie A giants have also made enquiries for the £25million-rated Celtic left-back and are well aware of the Gunners’ long-standing interest. Boss Carlo Ancelotti is hugely impressed with Tierney’s pedigree. At just 22 he’s already won eight major honours, including two Trebles, made over 150 club appearances, starred in the Champions League and Europa League while also earning 12 Scotland caps.

Arsenal are eyeing a deal for Red Bull Salzburg midfielder Dominik Szoboszlai, writes Mike McGrath. The 18-year-old is being chased by Juventus and Lazio in Italy butUnai Emery has joined the race for the youngster. Szoboszlai has attracted interest from Europe’ top clubs after his stunning form in Austria, which has earned him four caps for Hungary. Salzburg are determined to keep their prized asset and it could take £15million to get him this window, as he has three years left on his contract. They landed him for just £400,000 two years ago from FC Liefering and stand to make a massive profit on the teenager.

BRISTOL CITY, Charlton and Augsburg are all interested in taking Arsenal youngster Eddie Nketiah on loan next season. The forward, 20, played one hour of Prem football last season and it is thought another year of bench warming will not help his development. He scored one senior goal for the Gunners last season, scoring in the final minute of Arsenal’s league season to seal the win at Burnley.