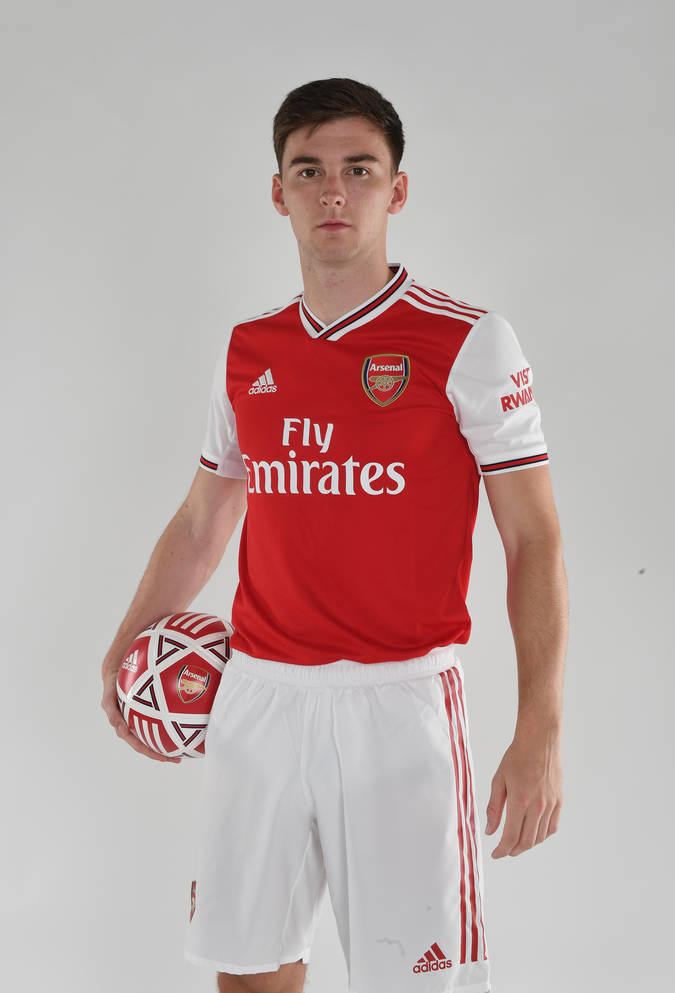 Kieran Tierney has completed his Scottish record £25m move to Arsenal after making what he called “the hardest decision in my whole life”. The 22-year-old left-back completed a medical on Thursday after the clubs agreed terms following lengthy talks. The English Premier League side previously had two bids rejected by the Scottish Premiership club this summer. “It’s a hard decision to leave a club that you love so much. People need to know that,” Tierney said.

Celtic insisted they “did all we could” to keep the Scotland defender, who had come through the club’s youth academy. “While the club did not need or wish to sell Kieran, this was an opportunity Kieran very much wished to pursue and with the club having received a significant offer, we have agreed to the transfer,” read a club statement.

Tierney won four league titles with Celtic and has been on the winning side for two Scottish Cups and two League Cups. However, he has been restricted to just nine appearances this year and had a double hernia operation in the summer. Tierney was told at 19:00 BST on Wednesday – just as Celtic kicked off in their Champions League qualifier against Cluj – that he was to travel to London.

Tierney, who has signed a long-term deal and will wear the number three shirt at Arsenal, described the move as a “great opportunity” at a “massive club”. Unai Emery, his new coach, said he was “delighted” to have completed the deal for “a very talented player”.

BBC Scotland chief sports writer Tom English says “It’s the right age and the right time for Celtic and Kieran Tierney. He’s won everything he can at Celtic outside of Europe and he’s going to Arsenal to try and do something in Europe, the Premier League, advance his career, stake his claim for that Scotland left-back spot. He just needs to get fit and try to put his best foot forward. This could be very good for him.”

Detective Pikachu (also known as Pokémon Detective Pikachu) is a 2019 urban fantasy mystery film directed by Rob Letterman. Based on the Pokémon franchise created by Satoshi Tajiri and serving as a loose adaptation of the 2016 video game Detective Pikachu, it was written by Letterman, Dan Hernandez, Benji Samit and Derek Connolly, from a story by Hernandez, Samit and Nicole Perlman. The film was produced by Legendary Pictures in association with Toho. It is the first live-action Pokémon film. Ryan Reynolds stars as the voice and facial motion capture of Pikachu, with Justice Smith, Kathryn Newton, Suki Waterhouse, Omar Chaparro, Chris Geere, Ken Watanabe and Bill Nighy in live-action roles.

In the Pokémon universe, Tim Goodman is a 21-year-old insurance salesman who has given up Pokémon training due to the death of his mother and the absence of his father, Harry. He travels to Ryme City – a metropolis where humans and Pokémon live together as equals – to collect Harry’s assets following his apparent death in a car crash. He runs into Lucy Stevens, a fluff columnist and aspiring reporter suspicious of Harry’s death and trying to do her own investigation and impress her boss. In Harry’s apartment, Tim encounters Pikachu that can speak and only he can somehow understand; the pair then escape from an attack by a party of Aipom under the influence of an “R”-labeled purple gas that Tim accidentally released upon inspection. They take shelter at a café where Pikachu reveals that he is an amnesiac detective who was Harry’s police partner, and that they were investigating a case together when Harry disappeared.

Lucy leads the duo to Ryme Wharf and, after interrogating a Mr. Mime there, are directed to an illegal Pokemon fighting arena owned by Sebastian. He demands a rematch with Pikachu, who previously defeated Sebastian’s Charizard. However, after Sebastian gives Charizard a dose of the R gas, Tim attempts to save Pikachu during the rematch. Sebastian then mishandles the R gas and accidentally releases it into the stadium, causing havoc. Sebastian tells Tim that he got the R gas from “the doctor”. After confronting police lieutenant Hideo Yoshida about Harry’s apparent death and the possibility of his survival, Tim and Pikachu are brought before Ryme City’s benefactor Howard Clifford by his bodyguard Ms. Norman, who reveals to Tim that Harry indeed survived his car crash, which was caused by an attack from a recently escaped Mewtwo, which took him away and left Pikachu with amnesia. Howard warns them of his son, Roger, who he claims is in de facto control of his company and the city.  Tim and Pikachu recruit Lucy and her Psyduck on an expedition to the lab facility Harry was investigating, where they learn the doctor was a researcher aided by Harry, who had been experimenting on Mewtwo, recaptured after escaping 20 years earlier.

They are soon attacked by several Greninja who chase them out of the building, but are fended off by Psyduck. They then escape a field of colossal Torterra, but Pikachu is gravely injured. Tim manages to communicate with a Bulbasaur and takes Pikachu to a clearing in the forest where they are greeted by Mewtwo, who heals Pikachu and restores some of his memories, which show that he was the one who released Mewtwo from the lab. Mewtwo attempts to reveal its intent, but is captured by Roger. Thinking that he betrayed Harry to a vengeful Mewtwo, Pikachu leaves Tim while the others return to Ryme City to warn Howard. Pikachu comes across the area where Harry’s car crash occurred, and finds evidence that the Greninja attacked Harry, not Mewtwo. Tim reached Howard who  intends to transfer his consciousnesses into Mewtwo and use his powers to fuse Pokémon with their owners, with the assistance of the R gas. He also learns that “Roger” and Ms. Norman are both actually been a same shape-shifting Ditto, with the real Roger having been tied up and hidden.

As Howard in Mewtwo’s body starts fusing humans with Pokémon, Pikachu arrives and finally summons his electricity powers to battle Mewtwo, fending off Mewtwo long enough for Tim to free Mewtwo from Howard’s control. Mewtwo restores everyone to normal while Howard is arrested by the police, and it reveals that Mewtwo had kept Harry’s body and that he had in fact fused Harry’s consciousness with Pikachu’s in order to heal him; despite the fact they fuse their consciousnesses, just like Pikachu’s memory, the fusion even erased Harry’s just like while being within Pikachu. After Mewtwo unfuses them with the assistance of Tim, a fully revived Harry offers Tim the chance to return home, but Tim decides to stay in order to learn how to become a detective and spend time with him and Pikachu.

It’s funny but the major draw for this movie comes from the performance of Pikachu with Ryan Reynolds voice. It is funny to visualize Pikachu voiced by Deadpool. The human characters pale in comparison and the plot isn’t very original. But otherwise it is enjoyable and I’d give it an 8 outta 10!

Watford have confirmed the signing of the former Arsenal forward Danny Welbeck on a free transfer, kick-starting what is expected to be a busy final day of the transfer window. The 28-year-old England international has agreed a contract after finally joining a club that had first enquired about him a year ago, when they were quoted a fee of £8m. Welbeck, who signed for Arsenal from Manchester United in a £16m deal in September 2014, has not played since last November, when he sustained a serious ankle injury half an hour into a Europa League tie against Sporting. It was the latest in a string of serious injuries for a player who was restricted to a total of 20 league starts in the 2015-16, 2017-18 and 2018-19 seasons combined.

He has been working on his fitness through the summer and, having passed a medical on Tuesday, will immediately join the first-team squad although, given his lack of match practice, he may not be considered ready for the club’s first game of the season at home against Brighton on Saturday. The signing brings to four the number of England internationals on Watford’s books, with Welbeck joining his former Manchester United teammates Ben Foster and Tom Cleverley and the former Chelsea midfielder Nathaniel Chalobah. It is the Hornets’ third first-team signing of the summer, after the £5.5m defender Craig Dawson and the 19-year-old midfielder Tom Dele-Bashiru, who arrived from Manchester City on a free transfer.

They also hope to complete a deal for the Rennes winger Ismaïla Sarr, with the two clubs close to agreeing a fee for a player rated by his club at £30m, £12m above the club record paid to Burnley for Andre Gray two years ago. Watford have, however, become frustrated at the glacial pace with which the negotiations have been progressing and there are concerns that Rennes will prolong them until the 11th hour in the hope of receiving a higher offer from another club either in England or elsewhere – and potentially beyond the closure of the Premier League’s transfer window on Thursday night.