Managerless Arsenal’s season plummeted to a new low as they were beaten by Brighton in interim manager Freddie Ljungberg’s first home match in charge. Alexandre Lacazette marked his 100th Gunners appearance by heading his side level after Adam Webster had given the visitors a first-half lead. With the score 1-1, there was frustration for Ljungberg and Arsenal when David Luiz thought he had made it 2-1 with a volley but it was correctly ruled out following a VAR check for offside. Neal Maupay headed Brighton’s winner from Aaron Mooy’s cross to leave Arsenal on their worst winless run since 1977 – and 10 points off a Champions League spot.

Arsenal, who are 10th in the table, have now failed to win any of their last nine games in all competitions and fans who stayed for the final whistle booed their team off the pitch after a tepid performance. Twelve years after his last appearance for Arsenal as a player, Ljungberg was given a chance to show fans inside a far-from-full Emirates he is capable of managing the club where he won two Premier League titles and three FA Cups. It started well, with the Swede given a decent reception by the crowd, before rapidly going downhill as Brighton, who had lost their previous four away games, took control. Ljungberg dropped Shkodran Mustafi from his 18 after last Sunday’s 2-2 draw with struggling Norwich, yet Arsenal were still a shambles at the back. Maupay had already forced Bernd Leno into a one-handed save when Webster struck from a corner after lashing home following Dan Burn’s downward header.

Arsenal improved with the introduction of club record signing Nicolas Pepe after half-time and France forward Lacazette lifted the mood by climbing above the Brighton defence to head his side level after Mesut Ozil’s first Premier League assist since February. Yet the Gunners were short on confidence and ideas – while Mat Ryan produced a superb save at the end to frustrate the home side further. The Brighton keeper flung himself across his line to keep out substitute Gabriel Martinelli as Arsenal, who have home games against Manchester City, Chelsea and Manchester United on the horizon, failed to win for the 11th time in 15 top-flight attempts. The home side’s night was summed up towards the end of the first half when Pierre-Emerick Aubameyang had a go at team-mate Joe Willock after a home move had broken down. 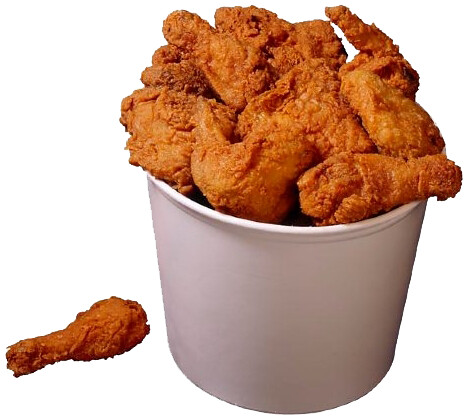 A few years ago I had written in length about the Malayalee’s love for Southern Fried Chicken which led to several KFC styled brands to open up shop in Kochi and other cities in Kerala. KFC & ChicKing, the main fast food chain that was established here in Kerala before KFC finally came to our green state, are thriving but the rest are fading fast. I do not see any Chicken Chicago, 3 outlets of Chickos & the 3 Chicknik outlets are long gone and part of history as is NFC.

We still have Krispy Chick’n, the one outlet in Oberon Mall, There’s something called Magj’s American Fried Chicken but there are no outlets near me, though they do have 2 outlets in the state. SFC Plus, which I love has now only 2 outlets, both of which I have never visited but I go to Lulu mall where one is. They had two other outlets which closed, including one of my favourite places to chill out. Yesterday, checking food for delivery dinner, I was sad to learn that the MarryBrown outlet near to me may also be closing down. I dunno, it’s kinda conflicting news. They do have another outlet a little ways away and I guess I can get them to deliver if needs be.

Now there are a couple of non-big name, single outlet, fried chicken places in the city but I have never tried anything from them. I will take a shot and see how they taste. Hope they are good too. I like a little competition.