Working remotely has its advantages and drawbacks, and some say that the biggest drawback is lack of communication. It can be difficult to improve your communication practices without the right tools and a clear roadmap. First, plan how you and when you will communicate with your team. Think about what you will do to improve collaboration. There are a range of tools available which can help remote teams to keep in touch and collaborate. Here are a few options to get you started. 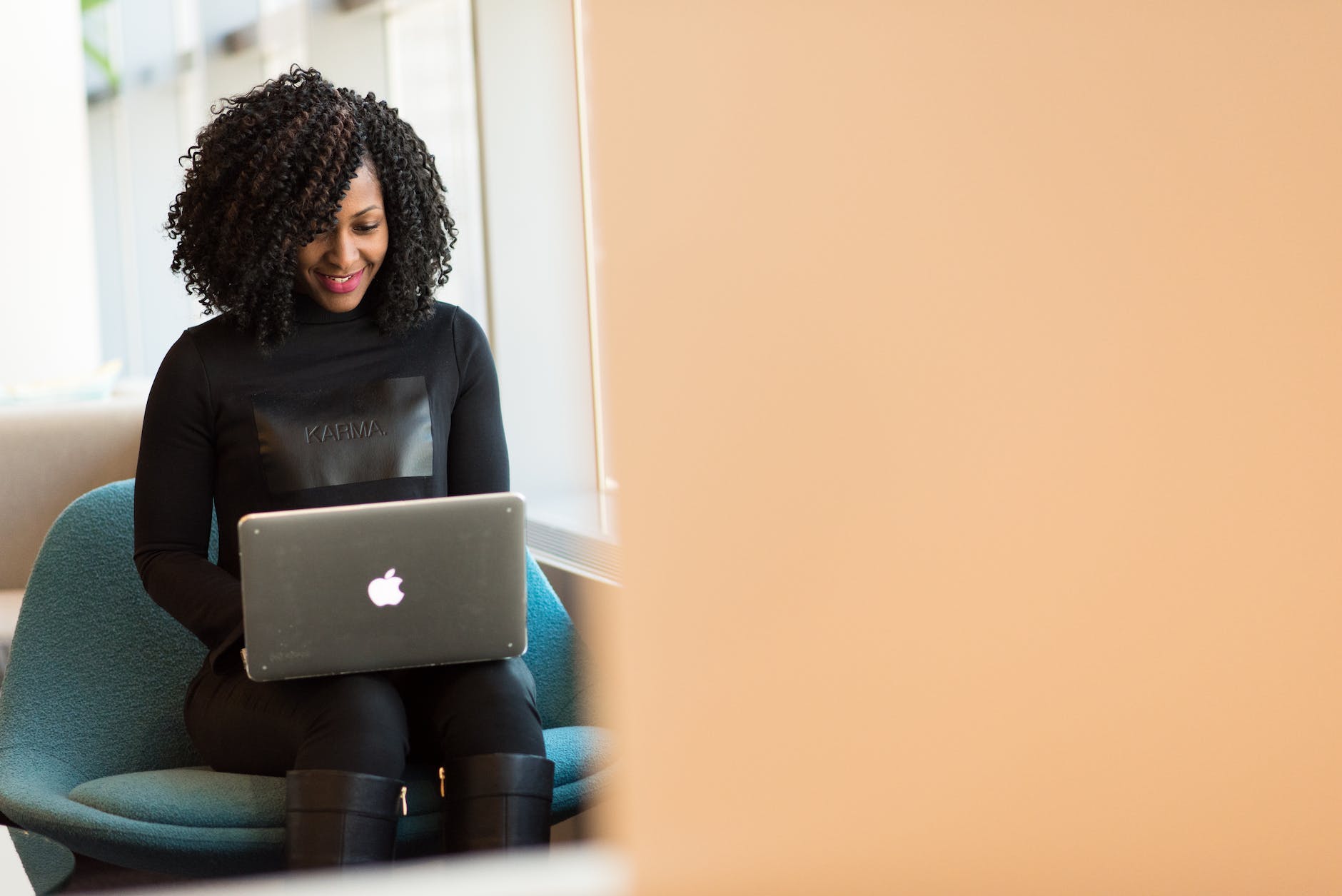 High Five is a video conferencing platform designed to help companies to host online meetings. There’s no need for additional mics or headsets, and the sound quality is superb. You’ll notice that High Five reduces any background noise, making it far easier to retain focus. The platform offers a range of features including network evaluation, analytics, screen sharing and a custom domain. It’s easy to set up the software and communicate with your team in no time at all. High Five is just one of the popular video conferencing platforms available. Other options include Zoom, RingCentral and Microsoft Teams.

Mangoapps is a collaboration platform, designed to help your team produce higher quality projects. You can use the app to create different groups, categorized by specializations, skills or goals. With Mangoapps you can create milestones for different tasks and improve your organization and time management. Some of the many great features of Mangoapps include employee graphs, surveys and team CRM. You’ll also find quizzes, task management and a news feed.

Zoho Cliq combines voice, video and instant messaging, to provide your team with top-notch remote communication. With the drag and drop function, sharing files and documents is far easier than before. Using the advanced filtering you can easily find the info you need amongst a detailed thread. Zoho Cliq features task bot automation and you can easily integrate the platform with Zoho Business. Other useful features include slash commands, SSL encryption and direct private chat. For all your project management needs Zoho Cliq is one of the best solutions out there.

Podio helps your employees to get organized and collaborate. The platform organizes both content and conversations into an easily accessible and centralized place. Podio uses an open API so it’s simple to design customized apps. The software also provides users with reports so you can get a clear idea of overall progress. Podio includes features such as automated workflows, social collaboration and personal dashboards. Getting yourself highly organized is one of the most important aspects of successful remote working. Using Podio, you’ll see an improvement across your entire team.

It’s vital to have a high quality laptop or tablet, with the capability to support these platforms. The best samsung tablets are ideal for a remote set-up. They are high-performing, reasonably priced and easily teamed with a keyboard. Remember to run frequent updates of your software to ensure high-performance and maximum security. With the right technology solutions you’ll stand to improve the efficiency of your business. 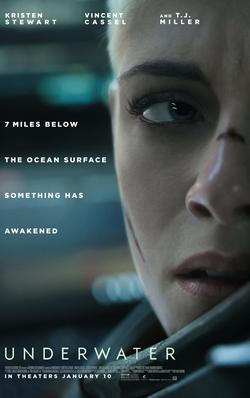 Underwater is a 2020 American science fiction horror film directed by William Eubank and written by Brian Duffield and Adam Cozad. The film is produced by Chernin Entertainment and stars Kristen Stewart, Vincent Cassel, Jessica Henwick, John Gallagher Jr., Mamoudou Athie, and T.J. Miller. It follows a group of scientists at the bottom of the ocean who encounter a group of creatures after an earthquake destroys their laboratory. The film is inspired by the Cthulhu Mythos by H.P. Lovecraft as it features Cthulhu as the monster.

Kepler 822, a research and drilling facility operated by Tian Industries at the bottom of the Mariana Trench, is struck by a strong earthquake. As part of the facility is destroyed by the quake, mechanical engineer Norah Price and her colleagues, Rodrigo and Paul, make their way to the escape pod bay. However, the three discover that all of the escape pods have already been deployed, with Captain Lucien being the only person in the area when the three arrive. Together they reach a control base and find biologist Emily Haversham and engineer Liam Smith, who are unsuccessful in their attempts to make contact with the surface. Lucien suggests using pressurized suits to walk one mile across the ocean floor to Roebuck 641 in the hope of resurfacing from there. As they descend in a freight elevator, Rodrigo’s defective helmet implodes under the water pressure. The surviving crew see a distress beacon from one of the escape pods below, and Smith and Paul go to investigate. As they arrive at the location, they find a body in the rubble. A creature emerges from the corpse’s back and attacks. Smith kills the creature and takes it inside. Haversham examines the creature and realizes that it belongs to a previously undiscovered species.

The five make their way to the sea floor, but as they are walking, Kepler explodes above and nearly buries them in debris. Smith is hit, but Price and Lucien save him. They manage to get through an access tunnel to an intermediate station, where they can charge and clean their suits. However, they find that Smith’s oxygen scrubber is badly damaged from the debris. On their way through the access tunnel, Paul is attacked by an unknown creature, dragged underwater and killed. Before the team leaves the access tunnel, they find that Smith’s damaged oxygen pod will cause him to suffocate from the explosion’s toxic fumes. Unwilling to leave another crew member behind, Price, Lucien and Haversham agree to help Smith walk. The four set off across the ocean floor, but a humanoid creature appears and drags Smith into a cave. Lucien manages to get Smith out, but is himself pulled from the other three. Price is dragged along with Lucien, but Lucien sacrifices himself to spare Price from the increasing pressure differential.

Price ends up at the abandoned Shepard station alone, where she rummages through Lucien’s locker to find a pentagram drawn on an old blueprint of the initial drilling site. Price is able to change her damaged diving suit before continuing toward Roebuck. Walking along the ocean floor, she reunites with Haversham and Smith, and proceeds to help drag Smith. As they enter Roebuck, they encounter a nest of the humanoid creatures hanging from the ceiling and try to sneak by, but the sound of Haversham’s oxygen alarm wakes the creatures. Price is partially swallowed by one of the creatures, but is able to kill it and free herself by firing her flare gun while inside of its body. She then fires a second flare into the distance and sees the creatures are spawn to an ancient titanic creature, Cthulhu.

The three manage to reach the escape pod bay, but Price discovers that only two of the pods are functional. Price and Haversham manage to get the ailing Smith into a pod, and Price persuades Haversham to take the last one. As this happens, Cthulhu emerges and attacks the Roebuck while the smaller creatures follow the two escape pods. Price, accepting her impending death, initiates an overload of the Roebuck’s nuclear core, resulting in a massive explosion that engulfs Cthulhu and his progeny and allows the escape pods to reach the surface. Tian Industries refuses involvement with investigations into the events and prepares to expand its drilling efforts.

The film received mixed reviews from critics and grossed $40 million worldwide against a production budget of $50–80 million. It was actually quite entertaining and enjoyable even though I predicted the ending about half way through. 7 outta 10!

The upcoming week ahead has nothing but more of the same for me. That is the trend as far as life after the breakout of the pandemic it seems, well atleast for me. Each Monday I check with my mom and, to a lesser extent, my dad as to what groceries we need for the week. I also pick and choose some fruits, mostly apples, bananas and oranges and occasionally some grapes. Then ofcourse the packaged food stuff and snacks that we need and I place an order for them on one of the online apps that I use and the groceries get delivered to me usually within 30-40 minutes depending on which store I am placing the order from.

This week, like the last, I start work from 11 am till 8pm. I get 2 breaks of 15 minutes each for coffee and a stretch and a 40 minute break for lunch. Sometimes I order lunch as well or maybe just a fish curry. Now that the maid is coming regularly we get most of our meals cooked at home but a fish masala or fish curry is a welcome addition from a restaurant. Usually I take a quick break to run down (no delivery or carrier folks are allowed inside the building for the moment) to collect said deliveries, which only takes me a couple of minutes. 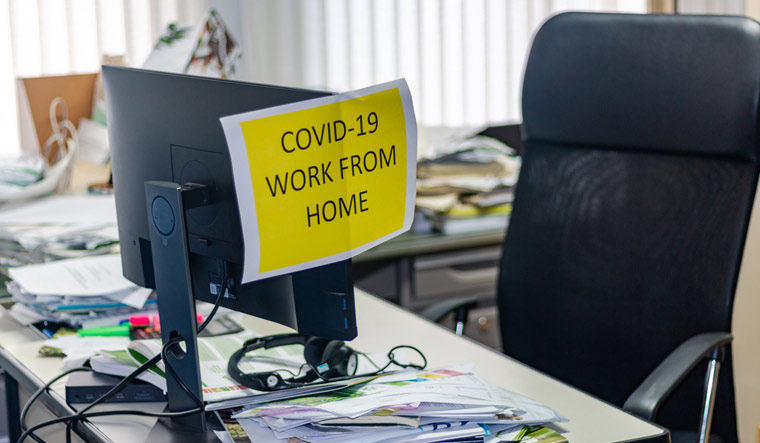 Lunch is usually at around 1:15 pm and it’s rice, veggies, curry and if we have some scrambled eggs or fish with it, the better. After that it’s back to work and usually at around 5pm (which is when I prefer to have my coffee) and some biscuits or other snacks. At 8pm the main job for the day is done but I hang around for an hour more, while going online and watching Youtube and have dinner. At 10 pm I look to see what tv series episode I want to watch or maybe if I am feeling upto it perhaps a movie before I go to sleep which is around 1am.

The next morning I wake up at 8 am, which is when my alarm goes off, and the routine begins again. Rinse and repeat until Friday night. The past two Saturdays I have gone out and enjoyed myself a bit. I got a new pair of glasses (long overdue), got the new chair, got an air-conditioner fixed in my bedroom, got a new fan fixed in my bedroom this morning. I have saved some money and even made a bunch of money from my blog. And I can go out if I want to though it still is restrictive. I guess I have it better than most but I wish we could go back to the old ways.