McDonald’s Sausage & Egg McMuffin w/ Cappucino – I must say that I have waited so long to try the breakfast menu items at McDonald’s. How long? Ever since 2012 when McDonald’s first came to Kerala. I love the McMuffin and the coffee is really good as well. 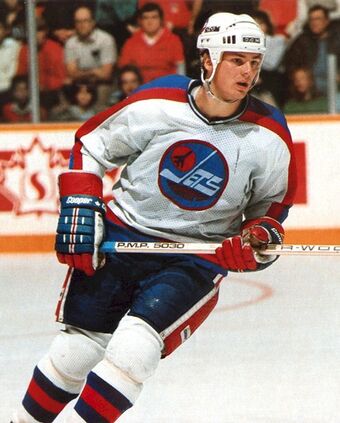 Dale Hawerchuk (April 4, 1963 – August 18, 2020) was a Canadian professional ice hockey player and coach. He was 57 years old. Hawerchuk played in the National Hockey League (NHL) for 16 seasons as a member of the Winnipeg Jets, Buffalo Sabres, St. Louis Blues and Philadelphia Flyers. He won the NHL’s Calder Memorial Trophy as the league’s Rookie of the Year in 1982 and was elected to the Hockey Hall of Fame in his second year of eligibility in 2001. Hawerchuk served as the head coach of the Barrie Colts of the Ontario Hockey League from 2010 to 2019.

Over a two-year run, Hawerchuk collected 286 points in 144 regular-season games, two Memorial Cups, CHL Player of the Year, Memorial Cup MVP and QMJHL playoff MVP. The Jets drafted the can’t-miss Toronto native first overall in 1981. Hawerchuk infamously inked his contract at the corner of Portage and Main in downtown Winnipeg after GM John Ferguson had him delivered in a Brinks truck, marking a rebirth of the franchise in the NHL.

Hawerchuk posted 100 or more points in six of his first seven seasons in the NHL, including five straight from 1983-88. From his debut in 1981 until 1993-94, Hawerchuk was second league-wide in points (1,298 ) only to Gretzky (2,157), topping Lemieux (1,211), Paul Coffey (1,246) and Mark Messier (1,220). Hawerchuk was the Jets’ captain for six seasons, then wore the ‘A’ in Buffalo for the following five. Hawerchuk is widely considered one of the best players ever to not win a Stanley Cup. The closest he got – the only time his team ever advanced past the second round – was the 1997 Stanley Cup Final with the Philadelphia Flyers, the last games he played before retiring at the age of 34 due to a degenerative hip problem.

His Jets just never had enough to sneak past the Smythe Division stalwarts in Edmonton and Calgary. On the international stage, Hawerchuk wrote a different story. Tasked with coaching Canada in the 1987 Canada Cup, Keenan learned his lesson from betting against Hawerchuk in the 1980 Memorial Cup. He was named head coach of the OHL’s Barrie Colts in 2010, where he posted five 40-plus win campaigns over nine seasons. In 2019, Hawerchuk announced he would be taking a leave of absence from the Colts for health reasons, which was later revealed to be stomach cancer. Hawerchuk completed a course of chemotherapy in April 2020, but died on August 18, 2020. Hawerchuk is survived by his wife, Crystal, and children Eric, Ben and Alexis. 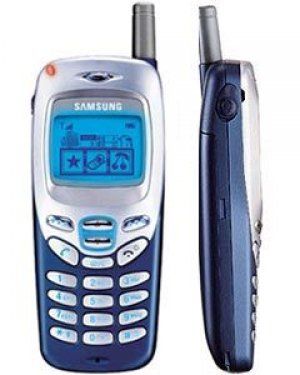 Yesterday I did a nostalgic look back at the very first mobile phone that I bought which was the Motorola T190. Having bought that on 6th of August 2003, and although I loved it, I would soon part with it. It was sturdy little bugger, even fell down a huge step of stairs in my home without even a tiny scratch on it. But it was very cumbersome to type on, especially if you had nails that were even slightly long. Also you couldn’t download ringtones on it.

I had seen a couple of people at the Escotel (which would later be bought out by Idea) office with the Samsung R220 phone so I decided to buy that. So in early March of 2004, I sold off my Motorola T190 cellphone and got a new Samsung R220 that finally has me using a more user friendly phone. Using the R220 is a breeze, but I will miss the Motorola always. The R220 has these comfortable flat buttons that you could type on easily and it was a nice phone.

From what I read, it was launched in 2001 and came with blue back-lighting, which distinguished itself from the other monochrome graphic phones. Also, I could now download ringtones of songs (at that time it was the midi version of songs) and what we called picture SMS. It even had 3 games inbuilt into it which I liked and played a lot. I remember getting the Sweet Child O’ Mine tone as my ringtone as well later that year.