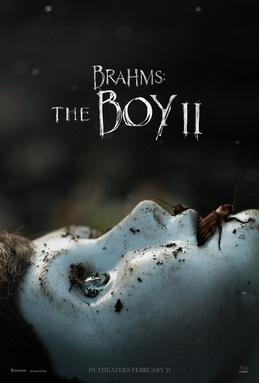 Brahms: The Boy II is a 2020 American supernatural horror film starring Katie Holmes, Ralph Ineson, and Owain Yeoman. A stand-alone sequel to the 2016 film The Boy, it is directed by William Brent Bell and written by Stacey Menear, the respective director and writer of the original film. The plot follows a young boy who, after moving into a mansion with his parents following a traumatizing incident, finds a lifelike doll he becomes attached to.

A home invasion leaves Liza with a head injury and her son Jude traumatized and silent for months. Along with Sean, Liza’s husband and Jude’s father, they move across country to the Heelshires’ property. While exploring the woods, Jude finds a porcelain doll buried in a shallow grave in the ground and dusts off the dirt before deciding to take him home. Liza and Sean believe he is using the doll to express his feelings but it becomes more sinister with the doll laying down his rules. Jude becomes withdrawn in his room, carrying the doll with him wherever he goes. The parents soon learn the evil history of the doll, with all the killings and suicides. More unusual incidents happen, like the dining room table collapsing when Jude warns his mother not to make the doll angry. Liza also sees horrific and violent drawings in Jude’s notepad.

Jude’s Uncle Liam, Aunt Mary, cousins Will and Sophie visit. Jude, Will and Sophie go play outside and Will starts taunting Jude about both his psychological issues and the doll. As the two boys get into a fight, Will falls backwards and impales himself onto a broken croquet peg. After the badly injured boy is rushed to the hospital, Groundskeeper Joseph enters the house, aiming a shotgun at Liza. He begins telling the story of how Brahms asked him to put him back together, making Jude an easy target for the doll as he was not strong-willed. He then tells her that Brahms will take Jude away forever. Liza attacks Joseph with the shotgun, before beginning to search for her son. She goes into the basement and finds Jude in a trance-like state, ready to sacrifice himself with the doll. Liza manages to convince Jude that they will take Brahms home and become a family, without seeing Sean come in and break Brahms’ head with a croquet mallet before Joseph comes running in.

Brahms’ head shatters, revealing a demonic doll underneath, more sinister than the porcelain innocent face. Brahms then kills Joseph without hesitation. Jude picks Brahms up, convincing him they will be fine before tossing the doll into the fire. The family embrace and return to their home, living happily as before the home invasion incident. At night, Jude puts on his Brahms face mask, looking at his reflection in the mirror, and ensuring Brahms that “they’ll be happy here” assuming his parents “learn the rules”.

Brahms: The Boy II was released in the United States by STX Entertainment on February 7, 2020, and was heavily panned by critics. The film grossed $20 million worldwide. It wasn’t interesting enough as a movie, although I was intrigued by the story. Acting performances also fail to imspire. A 6.5 outta 10! 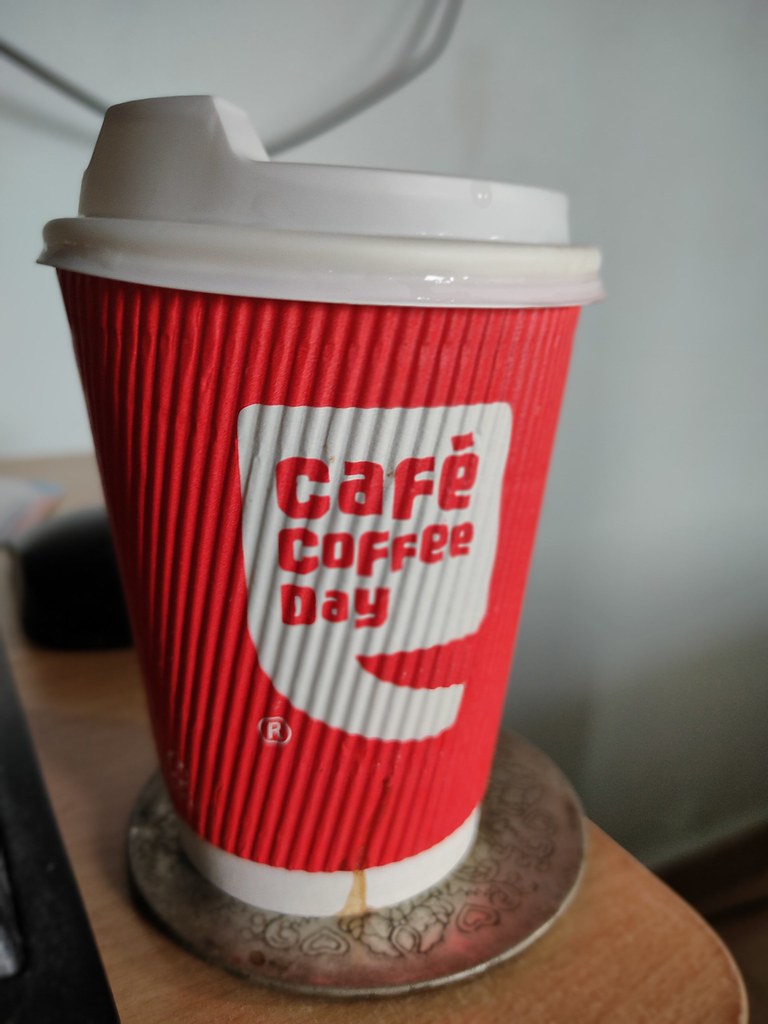 One of the I miss since the Coronavirus hit us is sipping coffee in a nice cafe. I love coffee and I love sipping hot or cold coffee depending on the weather. But I rarely drink cold coffee at home since I don’t know how to make them. So when I am out and about I tend to look for a nice cafe and if I have time, will relax for an hour or so.

If it is regular day then I will have a cold coffee/frappe and if I am in the mood for extra sweetness, I will get one that has whipped cream or even ice cream in it. Or if it is a cold & rainy day then I will order a hot latte or mochacino and sip it slowly as the seconds tick over into minutes and minutes into an hour or so. And I can relax in the cafe, listen to some music on my headphones or watch whatever they have on the telly.

Since the lockdown I haven’t been out to get coffee. I have missed them and I do not know why I took this long to order some. Atleast some places do deliver. Cafe Coffee Day, which has dropped in quality quite a bit and still has some rather ridiculously priced, atleast they have decent coffee. And they have signed up with both Swiggy & Zomato for delivery. This past week I have ordered twice. I wanted a hot chocolate a few days and so got two – one for my mom and one for me. This past Thursday, after I had to go out for a couple of errands, I was siipping a banana caramel latte at home. Delicious. I still prefer the cafes though.