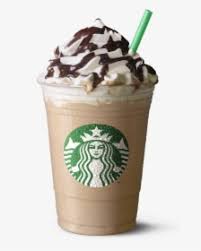 Read This. And then this little article. And then my first visit to a Starbucks (not in Cochin but in Chennai) back in 2015. And now….

We finally have a Starbucks open in Cochin! Finally after all this time. I first heard about Starbucks on a Discovery Channel program back in the 90s. I think. Coffeeshop culture hadn’t hit India at the time. Then Friends became a thing and Indian fans of the show wanted their own cafes. Enter Cafe Coffee Day which soon spread all over India and became our version of Tim Hortons & Starbucks. But we wanted more.

In 2008 I had heard about the possibilities of Starbucks coming to India but it was only in 2012 that they finally did launch – I was informed of this via an NYTimes article sent to me via Twitter by a Canadian who was living & working in India at the time. Starbucks had started a partnership with Tata Global Beverages LTD to launch Starbucks in India with 50 cafes. I visited a Starbucks for the first and only time back in 2016 when I was in Chennai and the mall that I was in just happened to have one. And now, 2020 we finally have a Starbucks in my hometown.

Located at Lulu Mall, Kochi is Starbucks’ 14th city and the company’s 201st store. I’m sure than in a few years we will have a store in Calicut, Trivandrum and maybe Thrissur as well. Now if I can get a part time job there to be able to afford the coffees and food.