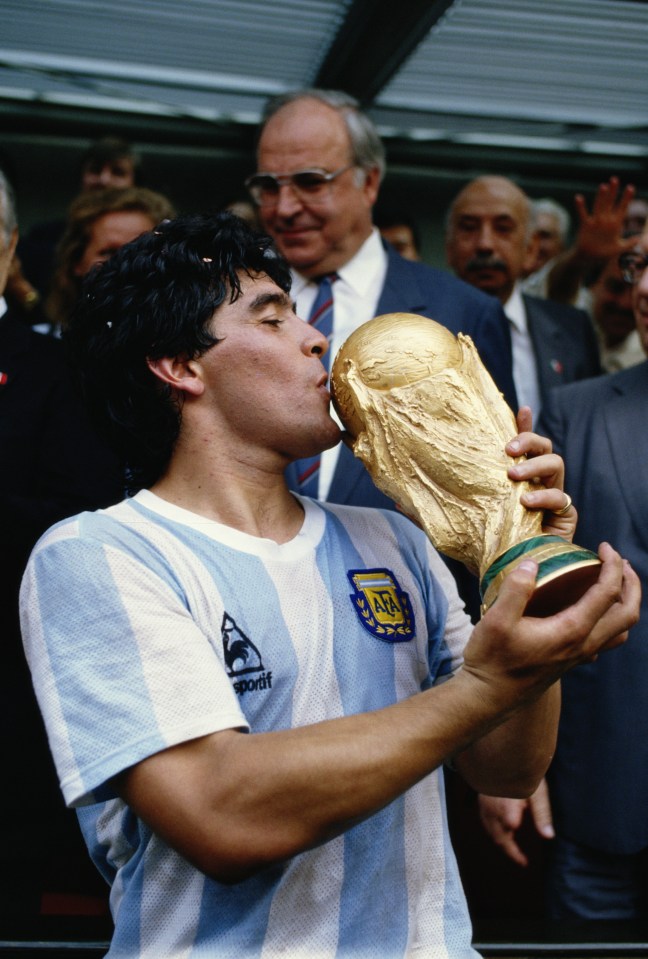 Argentine football legend Diego Maradona has died at the age of 60, his spokesman announced Wednesday. Renowned along with Brazil’s Pele as one of the greatest footballers of all time, the Argentine World Cup winning captain died of a heart attack, having undergone brain surgery earlier this month, a member of his entourage told AFP. President Alberto Fernandez immediately announced three days of national mourning in the South American country. Shortly before the announcement that shocked a nation, Argentine media reported Maradona had suffered a serious health setback on Wednesday and was being treated by doctors at his home north of Buenos Aires.

An advanced playmaker who operated in the classic number 10 position, Maradona was the first player in football history to set the world record transfer fee twice, first when he transferred to Barcelona for a then-world record £5  million, and second, when he transferred to Napoli for another record fee £6.9  million. He played for Argentinos Juniors, Boca Juniors, Barcelona, Napoli, Sevilla and Newell’s Old Boys during his club career, and is most famous for his time at Napoli and Barcelona where he won numerous accolades.

Maradona won the World Cup with Argentina in 1986, having knocked England out of the tournament in a match which saw him score the infamous ‘Hand of God’ goal and another – widely considered to be one of the greatest goals of all time. Regarded as one of the greatest players of all time on the pitch, his life off the pitch was equally notorious – amid battles with drug and alcohol addiction. During his time with Italian side Napoli he won the Serie A title in 1987 and 1990, along with an Italian Cup in 1987 and a Uefa Cup in 1991.

But it was also during these years that his addiction to cocaine took hold. In 1991, the year he left the club, he was given a 15-month suspension for drug violations. In 1994 he was thrown out of the World Cup in America after failing a drugs test, before retiring from football in 1997. In 1999 and 2000 he was taken to hospital suffering heart problems, the second time requiring a respirator to breathe. In 2004, he was again treated in hospital for severe heart and respiratory problems linked to his drug abuse. He has undergone two gastric bypass operations to control his weight and received treatment for alcohol abuse. In January, he had surgery to stem bleeding in his stomach and in July he underwent a knee operation. Three week ago he was admitted to hospital for surgery on a blood clot in his brain, before being discharged to recover at home. It was there that he died on Wednesday.