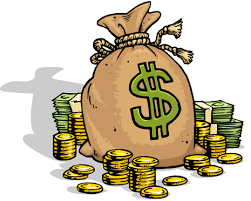 So I don’t buy that old saying. I can do a lot of things with money. Buy comfort, the best house or accommodation, the best in medicine & medical care, the best in entertainment, food and drink! That is something that everyone cannot do for their loved ones. But imagine you had so much money that spending it for doing this all even for 45-50 people will just be a drop in the bucket for you and your wealth! I’m talking Jeff Bezos kinda rich! Yeah, I want that and more so I can do that for my loved ones.

Money buys you things and services and comfort and luxuries. Cures (well gets you the best medical care up to a certain extent) and takes care of your health needs. Gets you entertainment stuff so you aren’t too bored. Also gets you homes and keeps your loved ones in safe & comfortable homes. It allows you to travel as much as you want (pandemic permitting) and that too makes you happy. So all in all, money does buy you happiness indirectly and sometimes directly.

1. Some Halloween rituals used to involve finding a husband. During the 18th century, single ladies devised Halloween traditions that were supposed to help them find a romantic match. According to History.com, women would throw apple peels over their shoulder, hoping to see their future husband’s initials in the pattern when they landed. When they bobbed for apples at parties, it was said the winner would marry first. Most spookily, they even used to stand in a dark room, holding a candle in front of a mirror to look for their future husband’s face to appear in the glass.

2. Immigrants helped popularize the holiday in the U.S. When the Irish fled the potato famine in their country in the 1840s, they brought their Halloween traditions with them. The tradition spread, until the mischievous Halloween pranksters reached an all-time high in the 1920s. Some believe community-based trick-or-treating became popular in the 1930s as a way to control the excessive pranksters.

3. Sugar rationing during World War II halted trick-or-treating. Because of the shortage of sweet stuff, trick-or-treating wasn’t as big of a deal during WWII. After the rationing ended, it was all systems go on the candy-collecting front. Candy companies began launching advertising campaigns to cash in on the ritual and make sure kids were clamoring for their products to show up in their candy buckets and spare pillowcases.

4. There’s also traditional Halloween bread in Ireland. It’s called barmbrack or just “brack.” The sweet loaf typically contains dark and golden raisins, as well as a small hidden toy or ring. Similar to the classic king cake at Mardi Gras, tradition dictates that the person who finds the item will come into good fortune in the coming year.

5. Disney almost made Hocus Pocus a completely different movie. Everyone’s Halloween fav nearly didn’t become the icon it is today. The original title, Disney’s Halloween House, also went along with a much darker and scarier script, according to IMDB. Not only that, but Leonardo DiCaprio was courted to play teenage heartthrob Max Dennison, but he turned it down to appear in What’s Eating Gilbert Grape instead.

6. New York City throws the biggest Halloween parade in the U.S. On an average year, the event draws more than 2 million spectators and includes thousands of participants joining in the route along the way. It all began as the brainchild of Greenwich Village resident and puppeteer! Ralph Lee, who just wanted to throw a whimsical walk from house to house for his kids and their pals. When a local theatre got wind of it, they joined in and grew the event. It’s gotten bigger, more creative and more theatrical ever since.