Here is the Continental Breakfast from The Mercy Luxury Hotel. This was on the final day just before checkout.

Arsenal boss Mikel Arteta says Eddie Nketiah has a future at the club after he scored to help the Gunners see off Leeds United and reach the Carabao Cup quarter-finals. Substitute Calum Chambers’ header crept over the line seconds after he came off the bench, before former Leeds loanee Nketiah pounced to wrap up the tie. The forward cleverly flicked the ball over a stranded Illan Meslier and just did enough to nudge it over the line before the visiting keeper could recover. Leeds had looked the more threatening side until the first goal in an open and entertaining game against a much-changed Arsenal side at Emirates Stadium.

But Arteta’s outfit were comfortable after establishing their lead as the visitors became stretched looking for a way back into the game, with Nketiah impressing. The 22-year-old, who was linked with a move to Crystal Palace in the summer, was making only his second appearance this term and is out of contract at the end of the season. Arsenal, hoping to win the competition for first time since 1993, will find out their last-eight opponents in Saturday’s draw. VAR may not have been in use but Arsenal’s opener still felt like it took an age to register as all eyes were fixed on referee Andre Marriner to see whether the ball had crossed the line. The official glanced at his watch, gave the signal that Chambers’ header had squeezed in despite the best efforts of goalkeeper Meslier and the hosts’ delayed celebrations began.

Chambers ran to embrace Arsenal’s set-piece coach Nicolas Jover, who told the substitute he would score with his first touch of the ball while he was waiting to come on. Jover was proved correct, just 23 seconds after Chambers entered the field as a replacement for £50m defender Ben White, who had limped off moments earlier. Arteta said afterwards White was suffering from a bug, having been one of just two players to keep their place following Arsenal’s 3-1 win over Aston Villa last Friday, the other being the lively Emile Smith Rowe. The Arsenal boss called on those coming into the starting XI to use their minutes wisely and young forward Nketiah did that by continuing his prolific form in the competition.

The forward grabbed his seventh goal in eight EFL Cup appearances, two of those coming while on loan at Leeds, when he reacted to a mix up in the visitors’ defence to score the second. Arteta has already tasted success at Arsenal, winning the FA Cup as a player and coach, and the recent signs are encouraging for the Spaniard as his side made it eight games without defeat. Leeds have not won away against Arsenal since 2003 at Highbury and that wait goes on, but they were buoyed by a vocal travelling support and enjoyed the best of the first half. Gunners goalkeeper Bernd Leno had to get down quickly to palm Jack Harrison’s fierce half-volley away and Daniel James proved a constant threat, but Bielsa’s focus now returns to the Premier League and a trip to Norwich City on Sunday. 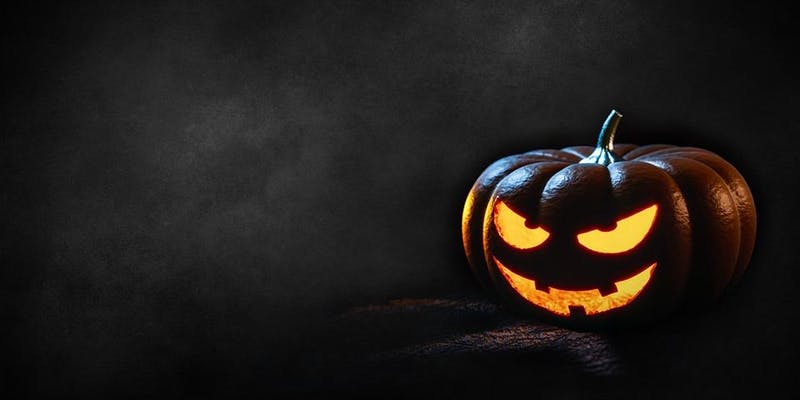 In Scotland and the Isle of Man, Halloween’s Celtic roots are honored through Samhain celebrations. While Americans don’t usually emphasize Halloween’s Celtic roots, the holiday’s ancient, Pagan forebear ? Samhain ? is still celebrated in Scotland and on the Isle of Man, one of the British Channel Islands, as well as Northern Ireland and Ireland. Meaning “summer’s end,” Samhain (which takes place from October 31 to November 1) marks the end of the harvest season and symbolizes the divide between the world of the living and the world of the dead. Samhain celebrations feature rituals such as bonfires and dancing.

Guy Fawkes Day (also known as Guy Fawkes Night and Bonfire Night) has historically been more significant than Halloween in the UK. Celebrated with parades, bonfires, and fireworks on November 5 ? you might be familiar with the rhyme “Remember, remember the fifth of November” ? Guy Fawkes Day commemorates the failed Gunpowder Plot. The scheme, orchestrated by Roman Catholics in 1605, was an attempt to blow up Parliament in response to King James I’s refusal to expand the religious freedom of Catholics. The commercialized, American version of Halloween, however, is also taking off.

Brits tend to wear more traditional Halloween costumes, dressing up as ghosts, zombies, and other fearsome creatures. In the UK, they tend to stick to the more traditional horror-inspired ghost/vampire/zombie/Frankenstein/ghoul costumes. It’s rare for people in the UK to put up an excessive amount of Halloween decorations. Some Halloween treats are exclusive to the US, while others are only available in the UK.

For instance, in a video posted by YouTube user Raphael Gomes it seems candy corn and pumpkin spice cotton candy aren’t a thing across the pond. But spooky sweets like Nestlé Milkybar Ghosts and Cadbury Pumpkin Patch Cakes are sold seasonally in the UK. Going door to door for candy is not as big a deal in the UK. Additionally, Brits might be more inclined to eat Halloween candy themselves rather than distribute it to kids. Dating to the middle ages, guising ? a shortening of disguising ? refers to the tradition of dressing kids in old clothes and having them mimic evil spirits on Halloween (known then as the Eve of All Saints Day or All Hallows Eve).

Going from house to house, they would be given offerings for warding off evil. Today in Scotland, children still go guising. But they’re expected to show off a talent (like singing or reciting a poem) in order to receive a treat. In Derry, the second-largest city in Northern Ireland, people celebrate Halloween with a four-day-long event called the Banks of the Foyle Carnival. The festivities include a haunted house, a parade, and more. A 2015 USA Today readers’ poll named Derry the best place in the world to celebrate Halloween.

Pumpkins are synonymous with autumn, and it’s hard to think of Halloween without picturing a glowing jack-o’-lantern. People in some parts of the UK, however, make lanterns from other root vegetables ? namely, rutabagas or turnips. The practice can possibly be traced to an Irish legend about a man named Jack who was cursed to wander the Earth by the light of a turnip lantern.