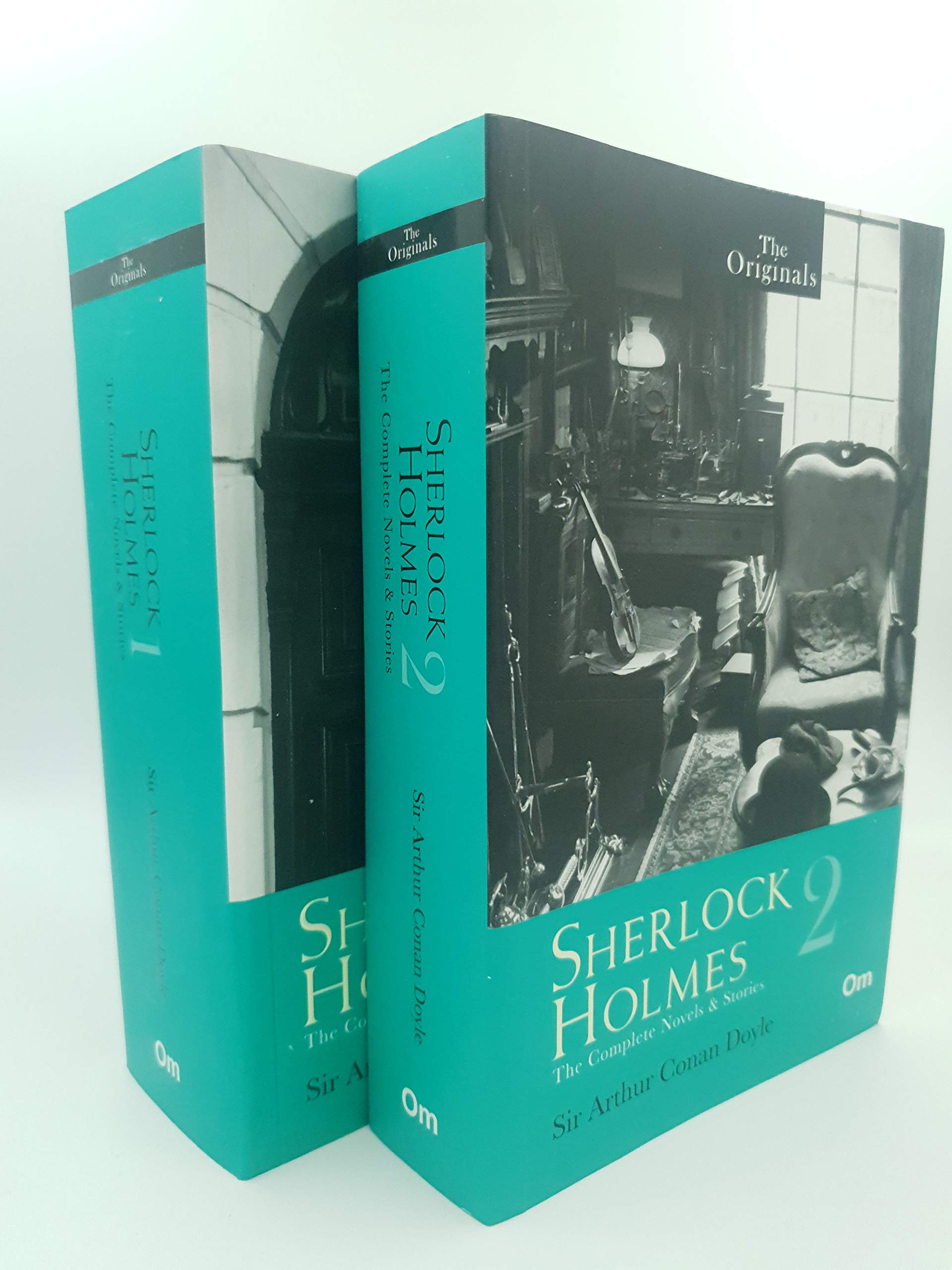 My latest purchase is a book from Amazon India, Sherlock Holmes – The Complete Novels & Stories 1&2. Sir Arthur Conan Doyle gave us an icon for the ages in his character Sherlock Holmes, the world’s greatest detective. Doyle’s ultimate collection of Homes & Watson adventures is a must have for readers.

A master of all literary genres, his memorable creation is the invincible sleuth Sherlock Holmes whom the readers are introduced to in his first novel, A Study in Scarlet (1887). Such was the charisma of this Great Detective that when the author decided to kill Holmes in ‘His Last Bow’ (1893), he was compelled to bring Holmes back after vociferous demands from readers. A two-volume com- pendium, Sherlock Holmes: The Complete Novels & Stories 1 comprises some of the significant adventures of the iconoclastic detective—‘The Adventure of the Speckled Band,’ ‘The Musgrave Ritual,’ ‘A Scandal in Bohemia,’ and ‘The Five Orange Pips’ among others. The Memoirs of Sherlock Holmes adds another dimension to this comprehensive collection.

I remember a few years ago, 2012 I think, my sister & brother-in-law went to Turkey on vacation for a week and they asked me if I could come a couple of evenings to their apartment and look in on Barfi their pug. My sister’s dad & mom live in the same building and when I wasn’t there, the pug would stay with them. So I went a few times and took him from their 5th floor apartment and go up to my sister’s 9th floor. I would play with him and feed him and then take him for a quick walk.

My sister & brother-in-law are strict no tv people, as in no cable tv. They have internet and laptops and tabs for the kids. So while I was there I had to find ways to keep myself entertained. I saw in their book collection a similar book of Sherlock Holmes novels and short stories. I loved reading the stories earlier on in life and likewise loved reading it at night with Barfi at my side. For some reason I was reminded of that time and decided to buy this set from Amazon. It will be good reading!

As it is the spookiest time of the years, I was wondering – phobias are surprisingly common, but what exactly do people fear the most? Are there any phobias that tend to be more common than others? The following phobias are ten of the most common objects or situations that lead to marked fear and symptoms such as dizziness, nausea, and breathlessness. In some cases, these symptoms escalate into a full-blown panic attack.

Arachnophobia is the fear of spiders and other arachnids. The sight of a spider can trigger a fear response, but in some cases, simply an image of an arachnid or the thought of a spider can lead to feelings of overwhelming fear and panic. So why are so many people terrified of arachnids? While there are an estimated 35,000 different spider species, only around a dozen pose any type of real threat to humans.

Ophidiophobia is the fear of snakes. This phobia is quite common and often attributed to evolutionary causes, personal experiences, or cultural influences. Some suggest that since snakes are sometimes poisonous, our ancestors who avoided such dangers were more likely to survive and pass down their genes.

Acrophobia, or the fear of heights, impacts more than 6% of people. This fear can lead to anxiety attacks and avoidance of high places. People who suffer from this phobia may go to great lengths to avoid high places such as bridges, towers, or tall buildings.

Aerophobia, or the fear of flying, affects between 10% and 40% of U.S. adults despite the fact that airplane accidents are actually very uncommon. Around 1 out of every 3 people have some level of fear of flying. Some of the common symptoms associated with this phobia include trembling, rapid heartbeat, and feeling disoriented.

Cynophobia, or the fear of dogs, is often associated with specific personal experiences such as being bitten by a dog during childhood. Such events can be quite traumatic and can lead to fear responses that last well into adulthood. This particular phobia can be quite common.

Astraphobia is a fear of thunder and lightning. People with this phobia experience overwhelming feelings of fear when they encounter such weather-related phenomena. Symptoms of astraphobia are often similar to those of other phobias and include shaking, rapid heart rate, and increased respiration.

Trypanophobia is the fear of injections, a condition that can sometimes cause people to avoid medical treatments and doctors. Like many phobias, this fear often goes untreated because people avoid the triggering object and situation. Estimates suggest that as many as 20% to 30% of adults are affected by this type of phobia.

Social phobia involves the fear of social situations and can be quite debilitating. In many cases, these phobias can become so severe that people avoid events, places, and people who are likely to trigger an anxiety attack.

Agoraphobia involves a fear of being alone in a situation or place where escape may be difficult. This type of phobia may include the fear of crowded areas, open spaces, or situations that are likely to trigger a panic attack. People will begin avoiding these trigger events, sometimes to the point that they cease leaving their home entirely.

Mysophobia, or the excessive fear of germs and dirt, can lead people to engage in extreme cleaning, compulsive hand-washing, and even avoidance of things or situations perceived as dirty. In some instances, this phobia may be related to obsessive-compulsive disorder.