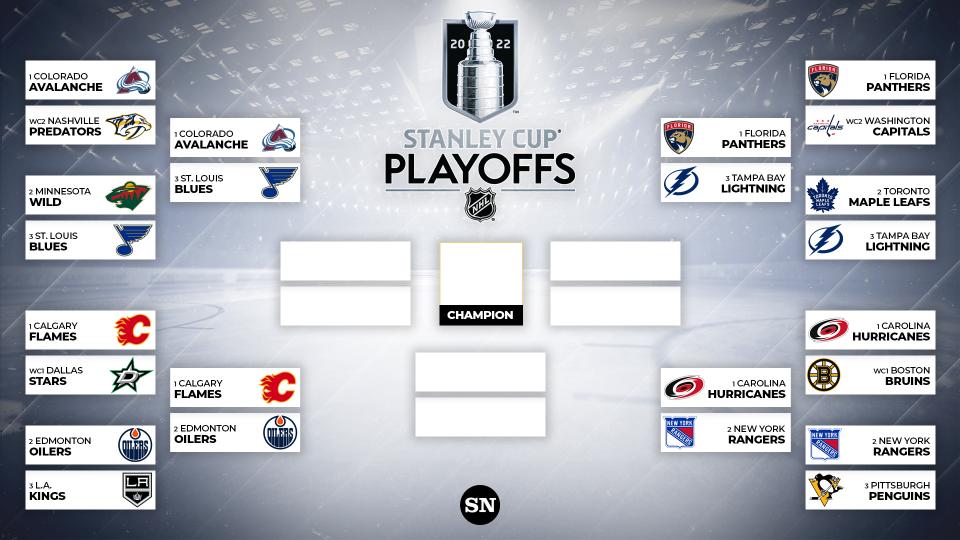 With the first round having ended, we now have the lineups for the Eastern & Western conferences. In the West while Edmonton beat of the strong LA Kings, they will now face their Provincial rivals in the Calgary Flames who also got the better of the Dallas Stars in 7 games. The winner of this series will faceoff in the Western Conference Finals against the winner of the Colorado Avalanche vs the St.Louis Blues. Colorado has seen off Nashville while the Blues had defeated the Minnesota Wild.

In the East we have a Florida matchup of the defending champions Tampa Bay Lightning face off against the Florida Panthers. While Tampa won 4-3 against the Toronto Maple Leafs, the Panthers had won their series against the Washington Capitals. The final 2 sides are Carolina Hurricanes who saw off the Boston Bruins and who will now face the New York Rangers who had beaten the Pittsburgh Penguins.