Middelsborough FC have finalised a loan move for Arsenal striker Folarin Balogun. The England Under-21 international has joined the club until the end of the season. Boro fought off competition from a number of clubs to secure the services of the highly-rated young marksman. Balogun, who has made two Premier League appearances this season, has clocked up 16 in total for the London club and scored twice in five Europa League appearances last time around. He has also netted 13 goals in 11 PL2 starts this term, along with two goals in the Papa John’s Trophy.

Boro boss Chris Wilder said: “We’re delighted to get Flo in. He’s a player I’ve known about for a long time and we identified him as someone who could come in and improve us in the second half of the season. “He has great movement, good pace, and he’s a natural finisher. We’re looking forward to working with him.” The 20-year-old follows Aaron Connolly and Caolan Boyd-Munce into the club as January arrivals. Boro are one point off the play-off positions in seventh place but off the back of a six-game unbeaten run are well placed for a promotion push. They also have a big game with Manchester United on the horizon having drawn the Red Devils in the FA Cup fourth round.

Balogun’s loan move comes as no surprise despite the question marks hanging over Pierre-Emerick Aubameyang, Eddie Nketiah and Alex Lacazette. The American-born forward was prolific throughout his time with the youth set-up, most notably in 2018/19 when he fired our under-18s to the league title with 25 goals from just 19 appearances. He transferred this form to the first team last season, scoring twice in the Europa League from just five substitute appearances. Balogun has continued to make an impact this season, with an impressive 15 goals from his 14 appearances in the PL2 and EFL Trophy during the campaign so far. 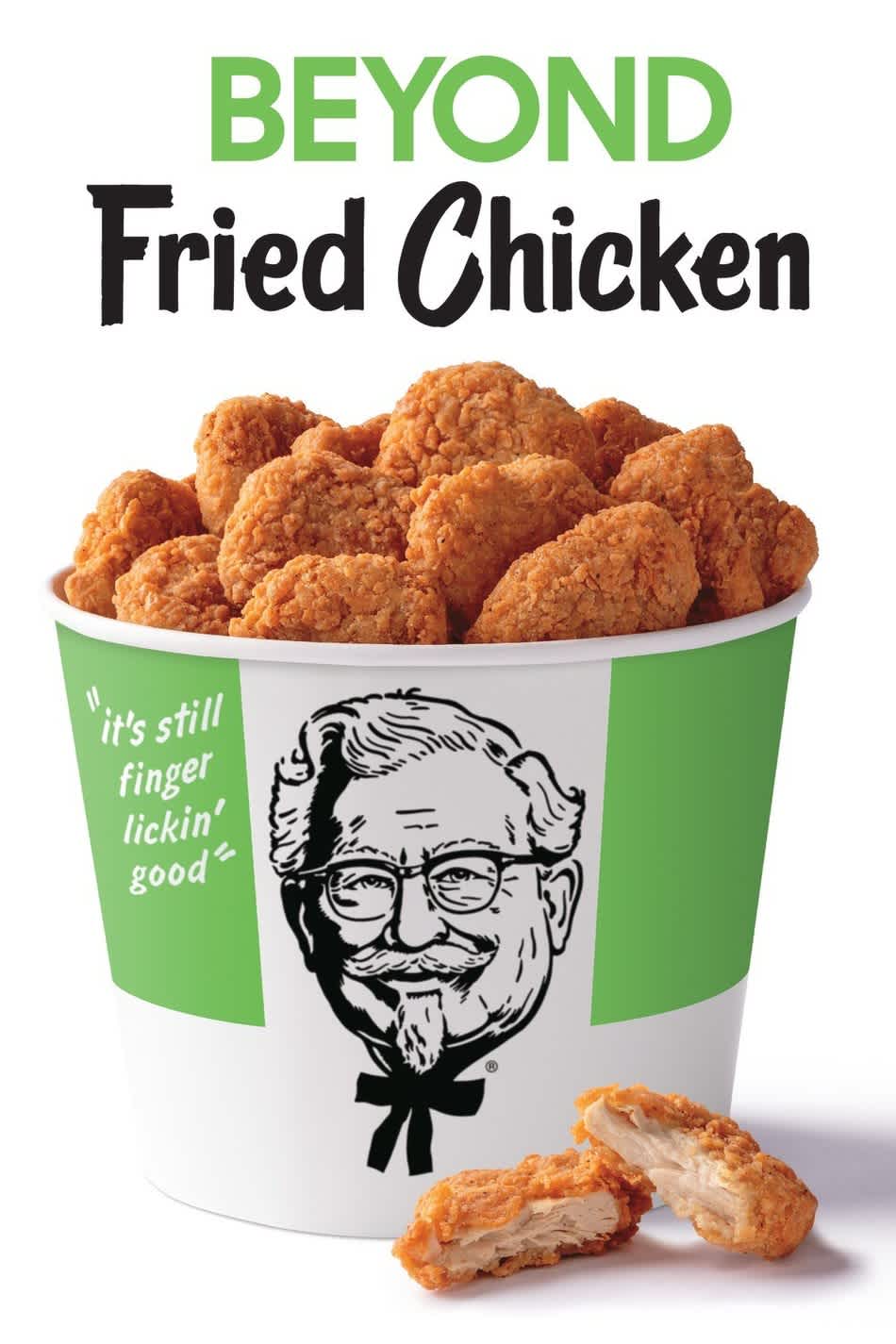 Suddenly beyond meat products are all the rage. KFC looks like they will be trying out their product pretty strong as per advertised. The new plant-based fried chicken nugget alternative, called Beyond Fried Chicken, will be added to menus nationwide in the US, beginning Monday, Jan. 10 for a limited time. It marks the first instance of a large national chain selling plant-based chicken products.

KFC’s Beyond Fried Chicken nuggets are plant-based fried nuggets that are meant to taste just like KFC’s fried chicken. According to the ingredients listed on the KFC website, they’re mainly made of soy protein. While they’re plant-based, they’re “not prepared in a vegan/vegetarian manner.” The chain seems to target customers who want to eat less animal protein but don’t want to give up comfort food. Beyond Fried Chicken can be ordered in a combo meal that includes a medium drink and fries or à la carte in six- or 12-piece portions.

Prices vary depending on location, but start at $6.99 for six pieces and cost more for the other options.  KFC’s Beyond Fried Chicken had a trial run in 2020 in select US cities including Los Angeles, Charlotte, North Carolina and Nashville, Tennessee. A first iteration, according to KFC, was also sold in Atlanta in August 2019.  The Beyond Fried Chicken nuggets were noticeably bigger than your typical fast food chicken nuggets but smaller than a chicken sandwich filet. In terms of texture, they had a pretty uniform, granular breading that’s similar to KFC’s Extra Crispy Tenders but less flaky. Reviewers say that the plant-based meat tore like chicken but didn’t quite look like chicken fibers. In terms of flavor and aroma, they taste and smell just like fried chicken. They had the same lightly seasoned flavor profile as Extra Crispy Tenders, which made them ideal for dipping.

Well, I have to go back all the way to 2002 and check my first few blogs posts to look back at them. So yeah, back in the latter half of 2002 I had moved temporarily to the city of Calicut and being away from my family and staying in the lodge and joining my first proper company – I thought the best thing would be to have some sort of record on that. Having spent a few months before that reading a few blogs that I enjoyed, I decided to start one of my own.

Even though I moved to Calicut by the end of July, it took me till October to actually start the blog on Blogspot. And initially it was more like updates of what I did, if I bought some shirts or cds or anything like that or if I watched a movie. It was sporadic at best and so it was like “hey guys, this is what I did during the last few days, I am back in Cochin or I was in Cochin and now headed back to Calicut”. The rare party with friends – yeah, I’d mentioned that and what we ate/drank.

If there was a function that I attended I would write about that. You get the picture. It was like a note taking thing, which I sort of enjoy. When I have a lot of free time I do go back and read some of those old posts just to see what I was thinking back then, what did I watch on tv or movie theatre and what was I listening to at the time. I read about old friends and it makes me smile and wish for the old days to be back. It is fun to reminisce.