Here Are My Top 5 movies based on books

1. The Godfather Trilogy : Needless to say that this one will be on almost everyone’s list if they have watched the films and read the book. I read the book  way, way back for the first time at the age of 18 or 19. I used to read a lot and I wanted to get some Mario Puzo books for a while after I had heard about the Godfather films. It would take me another 26 years before I actually watched the films. I’d still say that the book is way better.

2. It Chapters 1 & 2 : Ok this is a given if you know me. It by Stephen King is my fav novel of all time. I live & die by that book. It’s the novel that I have read the most – atleast 20 times. I watched the 1990 miniseries at around the age of 14 or 15 (in 1991) and loved it. I hunted the book down in a local library and read the book over a weekend. Then processed to read it many times over, got my own copy (3 times). The new movies that came out recently are amazing, especially Chapter 1.

3. The Lord Of The Rings Trilogy : Oh this is a massive one. If you are movie fan, I don’t care if you do not normally watch fantasy films or period styled films – you just have to watch these films. And watch the extended editions. No way can you not marvel at these early 21st century classic. So much great stuff in these films and I honestly believe that you can rewatch them every year and not be bored.

4. Jurassic Park : To ignite the fertile imaginations of kids everywhere and to stun and make you gawk in awe whether you are a kid or adult – no one has done it as well as Stephen Spielberg. To see dinosaurs on the big screen looking like real animals – that was amazing. I honestly believe that this is the ultimate family film, if you kids are above the age of say 7 or 8. Perfect to show any generation.

5. Congo : This one may not be high on other people’s list but I love the movie and I love the book. There are some differences in the movie but not that much. I still can’t decide which one I love more but I don’t have a problem in watching the film any day of the week. It’s a fun thrilling ride and the book is a great read as well. I love some of Michael Chrichton novels and this one is a really good one. 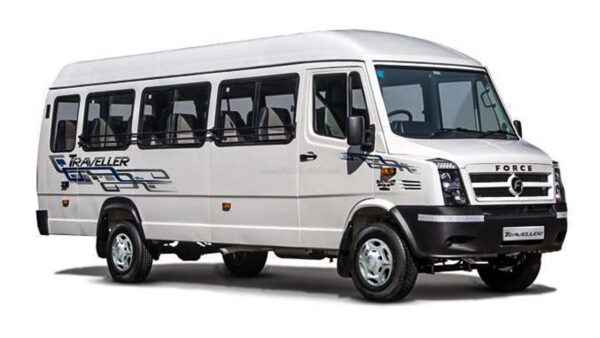 When I was 12-13 my extended family got together and decided to have a road trip to go and see a few places in South India. Like a joint family trip during the holidays. I think this was during the year 1988 and 1989 and the cities we hit up were Mangalore, Mysore, Coimbatore, Palghat, Madurai, Ooty & Kodaikannal. And I do not think that this was during the summer but it was during the 2 week period that we kids got off during Onam. Atleast that is what I remember it being the time around. And yes we went both years.

To ensure that we could all go along, the elders hired two 14 seater tempo travellers – the vehicle that you see in the inset pic. They came set with a tv/vcr and stereo system. I don’t remember who did not join but some of our relatives did not come along for the 1988 trip but joined us in between for a few hours in one place and I think for the second trip it was everyone. I do not remember who and why that was so. Anyways – getting older blows – despite that part, I remember a whole lot of other stuff. Like us, kids having a van to ourselves so we can play songs and games on the ride. I think my eldest cousin brother who was 21 at the time was in charge plus we also had two drivers in each van. I think we also had two Ambassador cars as well in our little convoy so everyone had space to stretch about.

We would hire out a few rooms so we could sleep peacefully at nights. Us boys shared a couple of rooms in various hotels and we had a lot of fun playing board games in the night while having dinners at restaurants along the way. Taking turns to go the shower or toilet non-withstanding, it was a fun trip. We still remember going to an art museum in Mysore and a few other fun places. That was the first time I had been to Kodaikannal and I would go there 2 more times. I love hill stations and the colder weather there. The second time around I was in a large car with my cousin and a driver we had hired up front and our moms and another aunt in the back. Overall the trips were great but it’s a shame that we can’t find any of the pics from those days.