Arsenal handed the initiative in the race for Champions League qualification to rivals Tottenham as Brighton ended their own dire run of form with a deserved win at Emirates Stadium. The Seagulls – seven games without a victory before kick-off – frustrated the home side with their organisation and efficient forward play in a game where Arsenal failed to look threatening until they mustered a desperate late push. Leandro Trossard’s curling first-half finish – after a fine assist by the impressive Enock Mwepu – gave Graham Potter’s side something to build on.

And after Gabriel Martinelli appeared to have headed Arsenal level moments before the break – only for a four-minute VAR check to rule him offside – Brighton remained solid before doubling their lead with a superb Mwepu finish. The Zambia midfielder side-footed home with power from the edge of the box to cap a rounded individual display and produce a look of disbelief on the face of Arsenal manager Mikel Arteta. Arteta’s side rallied late on with Martin Odegaard firing home from range via a deflection but they stay fifth – level on points with fourth-placed Tottenham, who play later on Saturday – while Potter’s Brighton move up to 11th after just a fourth win in 26 league games.

Were it not for their fine start to the season, Brighton might well have been worrying about escaping the bottom three, such has been their recent run of results. Potter’s side had scored just one goal in their previous seven league games and failed to find the net with 31 attempts in last week’s 0-0 draw with Norwich. This win, though, saw them take their opportunities ruthlessly and remain brilliantly organised throughout. Arsenal were simply lacklustre and showed little in the way of a response to what Arteta described as an “unacceptable” display in Monday’s 3-0 loss at Crystal Palace. 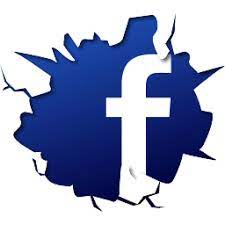 I am guessing it actually means social network app and that’s what I am going to write about. The one social network app that I cannot do without is Facebook. Facebook was the one that made most of us, especially me and my friends, addicted to social media. While I have enjoyed Twitter a lot in the past, I rarely use it now and Orkut died a long time ago as did MySpace. Those were the big 4 at one point and then Facebook became the giant that it is now.

At one point I had a big blogroll of people who loved to blog as much as I do. However most of them have abandoned the blogs quite a few years ago. They stuck with Facebook and found that they could share their thoughts and photos and more on this platform and can even join separate groups and pages for specific interests and likes. That makes it so easy for everyone to have the kind of reach that they want and not have to worry about writing and maintaining a blog. Plus it is free. And it is so easy that your grandmother can do it too!

Mainly because of that reach and being able to search for people you have lost touch with and finding them, Facebook is for me still the King of all social media platforms. I cannot imagine going even one day without out. Them buying out Instagram and adding reels to Facebook is pure genius. Now you have a lot of people spending hours and hours on Facebook, whether it is on their phones, tabs or pcs and that is where you can reach the people you want to the most.