A CME (Coronal Mass Ejection) is the most likely civilization ending disaster to come from space. The sun emits them regularly, and they hit the earth every few hundred years. The last one occurred in the 1890’s, but society at the time was less susceptible to the effects. Were one to hit the earth today it would basically destroy all the tech infrastructure on whichever side of the planet is facing the sun at the time. This would knock the effected hemisphere back into the stupid ages, and it would take decades to recover, altering the global balance of power forever. It’s only a matter of time. We could mitigate the effects, but it would be expensive so we haven’t and likely never will. At least not until the problem becomes real to people. By then it will be too late. This is a much more likely scenario than an asteroid impact.

Researchers have found viruses in the Arctic permafrost that have been frozen for thousands of years. One of these viruses, Pithovirus, was dormant for 30,000 years until the researchers revived it and it infected the amoebas that were placed in the tank with it. Which of course presents a scary scenario: what happens when the ice melts away and viruses are released that haven’t been in contact with humans for 10,000+ years?

There is a gravitational anomaly in space called the great attractor which is pulling everything within the Virgo and Hydra-Centaurus superclusters towards it. It lies 150-250 million light years from the milky way, which itself is being pulled towards it too. The scary part is that relative to us, this anomaly lies within the same plane as our own galaxy making it very difficult to observe. Essentially, we have almost no concrete idea of what it is. 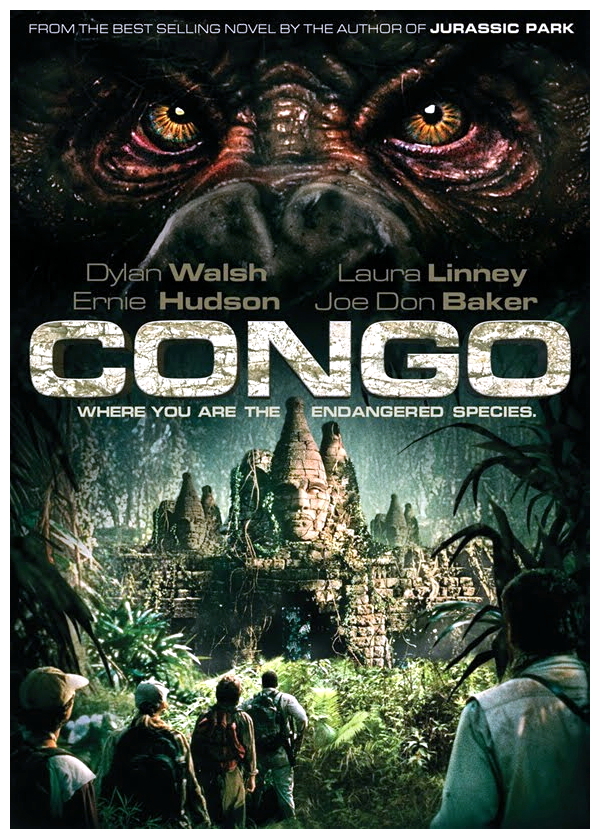 Congo is a 1995 American science fiction action-adventure film loosely based on Michael Crichton’s 1980 novel of the same name. The picture was directed by Frank Marshall starring Laura Linney, Dylan Walsh, Ernie Hudson, Grant Heslov, Joe Don Baker, and Tim Curry. The film was released on June 9, 1995, by Paramount Pictures. A Tech & communications giant company’s employees discover the ruins of a lost city near a volcanic site in a remote part of the Congo jungle. When their camp looks to be destroyed, Karen Ross is sent to find out what happened to them.

Meanwhile a primatologist and his assistant are looking for funds to take the sign language proficient female gorilla, Amy, back to the jungles in Zaire, which is she was found as a baby, as she is having trouble sleeping and having nightmares. When their Romanian benefactor’s funds fail, Ross gives them the money needed for the fuel & other costs to fly to Central Africa. What they end up finding there is the Lost City of Zinj and her diamonds.

As the mercury rises in late April, May and going on into June, with the sun at it’s brightest we run the riskof heatstroke and exhaustion if you step outside and are out in the streets for longer than a few minutes. Heat exhaustion is not usually serious if you can cool down within 30 minutes. If it turns into heatstroke, it needs to be treated as an emergency.

The signs of heat exhaustion include:

The symptoms are often the same in adults and children, although children may become floppy and sleepy. If someone is showing signs of heat exhaustion, they need to be cooled down.

Stay with them until they’re better. They should start to cool down and feel better within 30 minutes.