Kodinhi – Kerala’s village of twins : By any metric, conceiving twins and triplets is a rare natural occurrence around the world. In fact, on average only 16 out of 1,000 successful pregnancies in the world result in twins and this average is even lower in India at just 9. However, this ratio is heavily skewed in the sleepy hamlet of Kodinhi in Kerala, which has a record 400 pairs of twins in a population of just over 2,000 families! Geneticists and scientists have long tried to explain this rare phenomenon but are only now making some headway.

While experts have pointed to genetics as an obvious factor, what’s even more mysterious is that irrespective of religion, lineage or their original heritage, all families living in the village have conceived more than the average pairs of twins over the last few generations, and the number is consistently growing. Though initial estimates put the instance of multiple births at 100 pairs, follow-up surveys found the figure to be closer to 204 pairs (408 individuals) of twins, and two sets of triplets.

Women from Kodinhi married off to far away places are also known to give birth to twins. According to some doctors this phenomenon is due to chemicals present in water in the Kodinhi area. According to locals, the oldest known twin pair in the village was born in 1949. The number of twin births in Kodinhi has been increasing over the years, with surveys showing over 79 pairs of twins within the age group of 0–10 years.

In 2008, around 30 pairs of twins from Kodinhi, along with their parents, got together to form The Twins and Kins Association, the first such association of twins in India. The forum, according to its founders, aims to bring to wider attention problems peculiar to people of multiple births, such as those concerning their education and health. 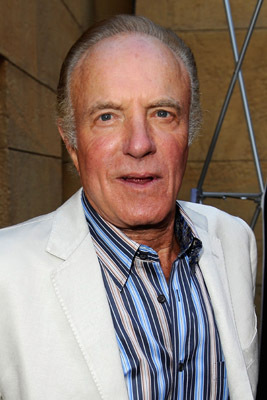 Veteran American actor James Caan, best known for playing Sonny Corleone in Francis Ford Coppola’s The Godfather, has died at the age of 82.  The veteran actor, who also appeared in films like Misery, Thief, and Rollerball, was nominated for an Oscar for his role as Sonny. Caan was awarded a motion pictures star on the Hollywood Walk of Fame in 1978. After early roles in Howard Hawks’s El Dorado (1966), Robert Altman’s Countdown (1967) and Francis Ford Coppola’s The Rain People (1969), he came to prominence playing his signature role of Sonny Corleone in The Godfather (1972), following which he was nominated for the Academy Award for Best Supporting Actor and the Golden Globe for Best Supporting Actor. He reprised the role of Sonny Corleone in The Godfather Part II (1974) with a cameo appearance at the end.

Caan was born on March 26, 1940, in The Bronx, New York City, to Sophie (née Falkenstein; 1915–2016) and Arthur Caan (1909–1986), Jewish immigrants from Germany. His father was a meat dealer and butcher. One of three siblings, Caan grew up in Sunnyside, Queens. He was educated in New York City, and later attended Michigan State University (MSU). Caan began appearing off-Broadway in plays such as La Ronde before making his Broadway debut in Blood, Sweat and Stanley Poole. Caan’s first television appearance was in an episode of Naked City. After several guest roles in tv shows, Caan’s first substantial film role was as a punk hoodlum who gets his eyes poked out in the 1964 thriller Lady in a Cage.

He was fourth-billed in a Western feature, The Glory Guys (1965). In 1965, Caan landed his first starring role, in Howard Hawks’ auto-racing drama Red Line 7000. It was not a financial success. However Hawks liked Caan and cast him in his next film, El Dorado, playing Alan Bourdillion Traherne, a.k.a. Mississippi, in support of John Wayne and Robert Mitchum. He then had the starring role in Robert Altman’s second feature film, Countdown (1968) and was second billed in the Curtis Harrington thriller Games (1968). Caan went to Britain to star in a war film, Submarine X-1 (1968), then played the lead in a Western, Journey to Shiloh (1968).

He had a big hit with Funny Lady (1975) playing Billy Rose opposite Barbra Streisand’s Fanny Brice. Caan starred in two big action films, Norman Jewison’s Rollerball (1975) as a star athlete of a deadly extreme sport, and Sam Peckinpah’s The Killer Elite (1975). Both were popular, though Caan hated Elite. The movie was not a popular success but Alien Nation (1988), where Caan played a cop who partnered with an alien, did well. The film received a television spinoff. Caan was planning to make an action film in Italy, but then heard Rob Reiner was looking for a leading man in his adaptation of Stephen King’s Misery (1990). He also starred alongside Arnold in Eraser, and won, the role of Montecito Hotel/Casino president “Big Ed” Deline in Las Vegas which he played for 4 seasons.

Caan was married four times.  His son Scott Caan, who also is an actor, was born August 23, 1976 to him and second wife Sheila Marie Ryan. Caan was married to Ingrid Hajek from September 1990 to March 1994; they had a son, Alexander James Caan, born 1991. Caan married Linda Stokes on October 7, 1995, they had two sons, James Arthur Caan (born 1995) and Jacob Nicholas Caan (born 1998). Caan filed for divorce in 2017, citing irreconcilable differences. Caan was a practicing martial artist. He had trained with Takayuki Kubota for nearly 30 years, earning various ranks.