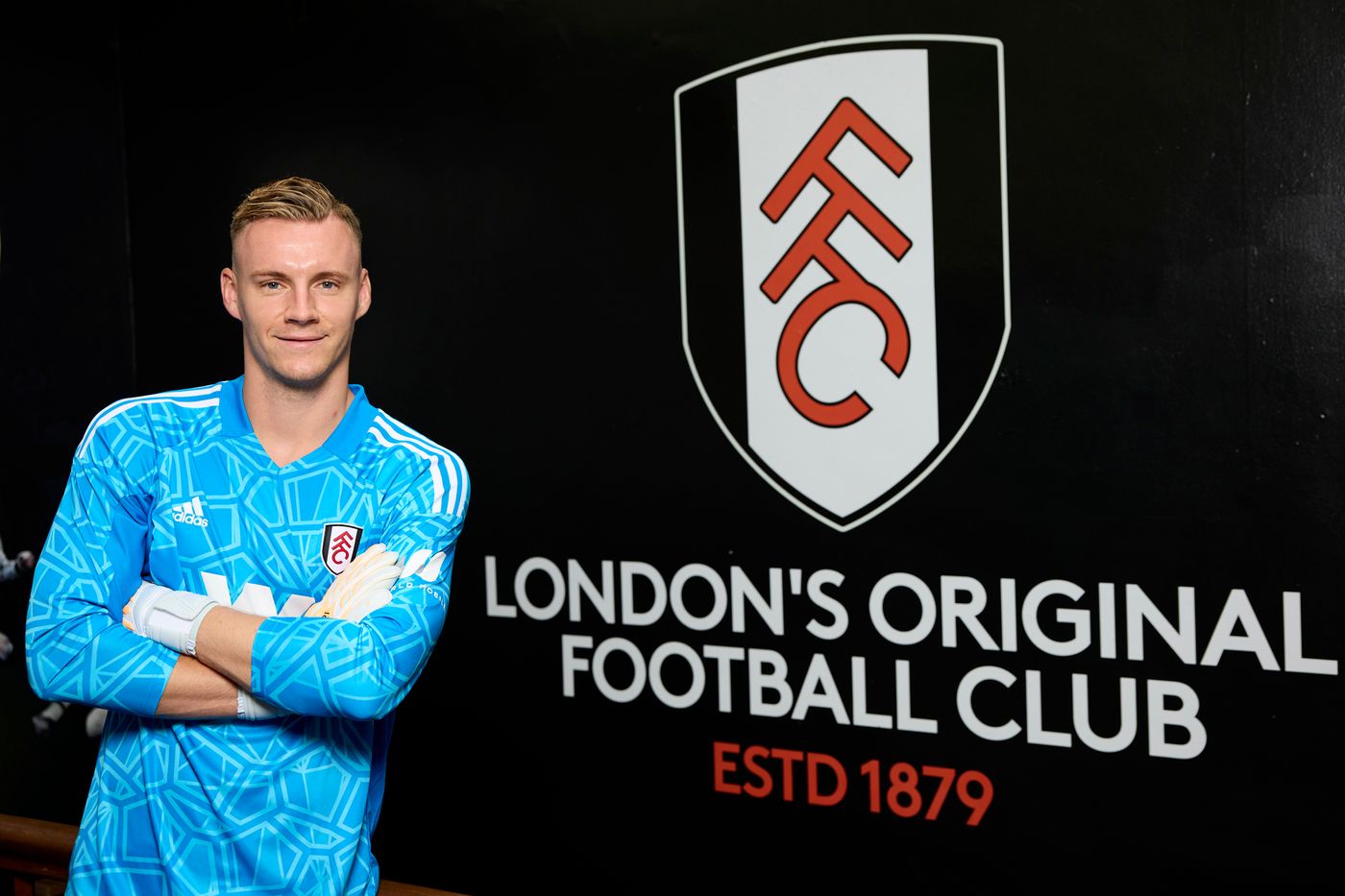 Fulham have signed goalkeeper Bernd Leno from Arsenal on a three-year contract in a deal worth up to £8m. The club also has an option to extend the 30-year-old German’s stay by a further 12 months. Speaking to FFCtv, Leno said: “It feels amazing to finally be here. I can’t wait to join the team, to train and play with the team. “I’m relieved that everything is done. I’m just happy to be here. It took a little bit of time but in the end we made it, and that’s the most important thing.”

Tony Khan added: “Bernd Leno is the goalkeeper whom we have pursued steadfastly throughout this transfer window, and we’re very excited that we’ve reached a transfer agreement and he’s now fully committed to Fulham! “He has played at the highest level, and he’ll bring this experience and his leadership to our team. He’ll be a great addition to Marco’s squad, who are all excited for the season ahead! Come on Fulham!”

Having come through the ranks at VfB Stuttgart, Leno joined Bayer Leverkusen on loan at the age of 19, and immediately established himself as the club’s number one. Leno performed at a level that belied his young age, becoming only the third goalkeeper in Bundesliga history to secure clean sheets in his first three matches, before breaking the record for the youngest ‘keeper to appear in the Champions League shortly after. Leverkusen soon made the deal permanent, and Leno went on to enjoy seven excellent seasons at the BayArena, making 304 appearances and keeping 100 clean sheets.

The lowest the club finished, in six of those seven campaigns, was fifth. His consistency in Germany prompted Arsenal to bring Leno to London for a fee reported to be north of £20m ahead of the 2018/19 campaign. Leno quickly displaced Petr Cech between the sticks, and ended his first season at the club with a Europa League runner-up medal, before finishing second in the club’s player of the season vote a year later.

He departs the Emirates with plenty of Premier League experience under his belt, and also claimed 37 clean sheets in his 125 appearances across all competitions. Manuel Neuer’s stranglehold on the national team’s No.1 jersey has meant opportunities for other German goalkeepers has been limited over the years, but Leno has still represented his country on nine occasions, and was in the squad for last summer’s European Championship.

Birthdays are no longer the big event that I or even some of my relatives had during our younger years. It’s now mostly just another day with me balancing the morning and evening by liking and/or thanking people for their wishes and then once in a while someone may call and hence I answer them and then thank them for the wishes and then later on in the evening getting a cake and ordering some good food.

That’s what I did yesterday. My aunt called me and a couple of others, who I haven’t spoken to in ages, also found some time in their busy day to make that call – which I absolutely appreciate. Post breakfast, I also responded to messages and liking the wishes on Facebook and Whatsapp. By 1 pm I was hungry and I decided to have lunch with mom & dad here at home. I had already messaged my sister to tell her to come for dinner. 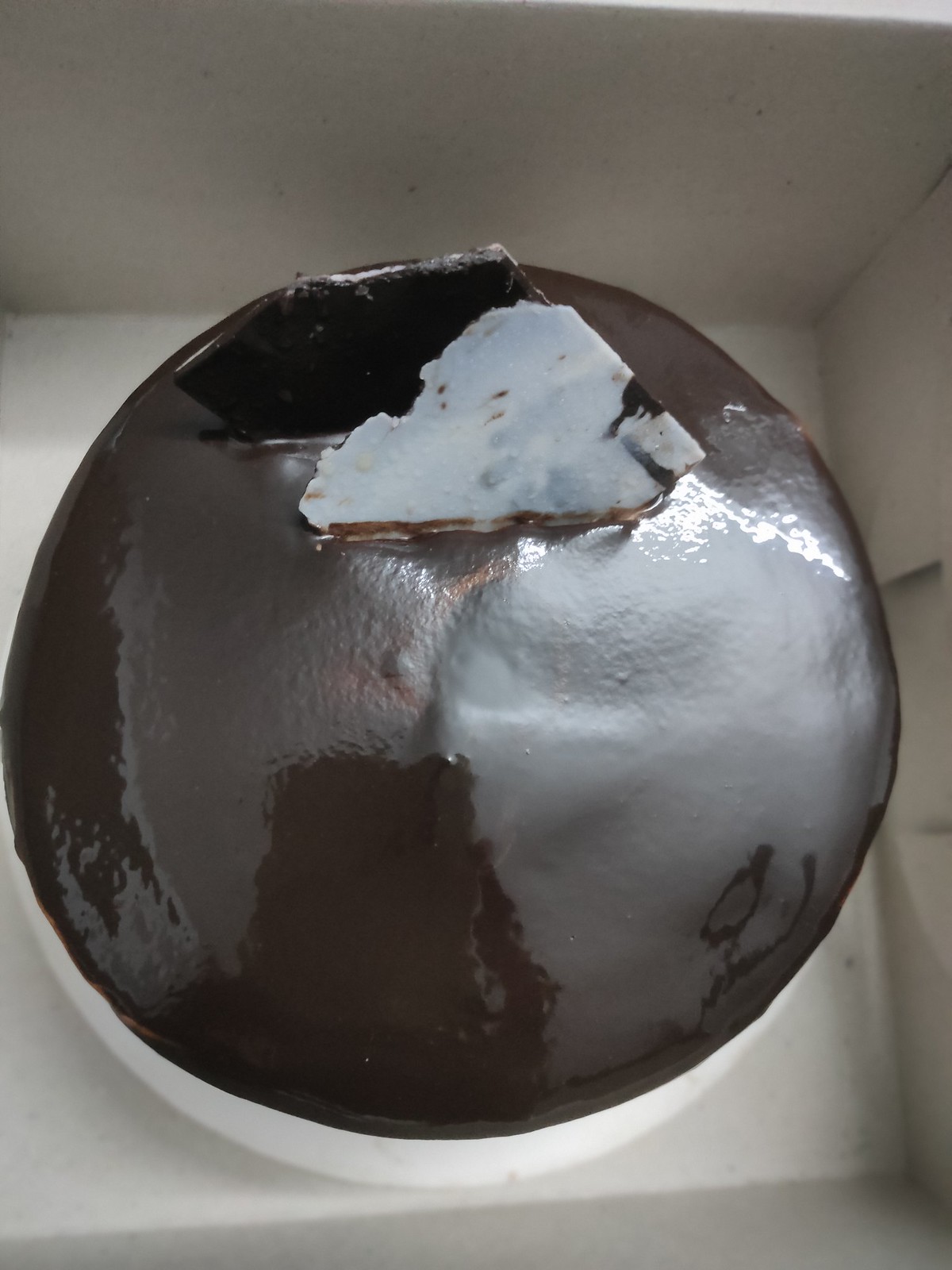 I then watched some tv while relaxing on my chair, some Corner Gas and then some CSI. I had a coffee and a snack and then went to take a shower and change. I had also ordered in a cake – the one you see above – and a little later I went down to go and collect the cake from the delivery guy. That done, all I had to do was wait till 7 pm when my sister & niece would be in.

They came at exactly 7 pm and in 30 minutes after checking what people would be ok to eat I placed my order on Swiggy. From one of my current favourite restuarants, Urban Paratha, I ordered some naan, 2 veg pulaos, butter chicken & tandoori chicken. Then I went back to the living room and spent the late evening with my family. We also cut the cake and enjoyed a piece. The food arrived by 8:20 pm and we ate our dinner while chatting. My sister and niece left by 9:45 pm. 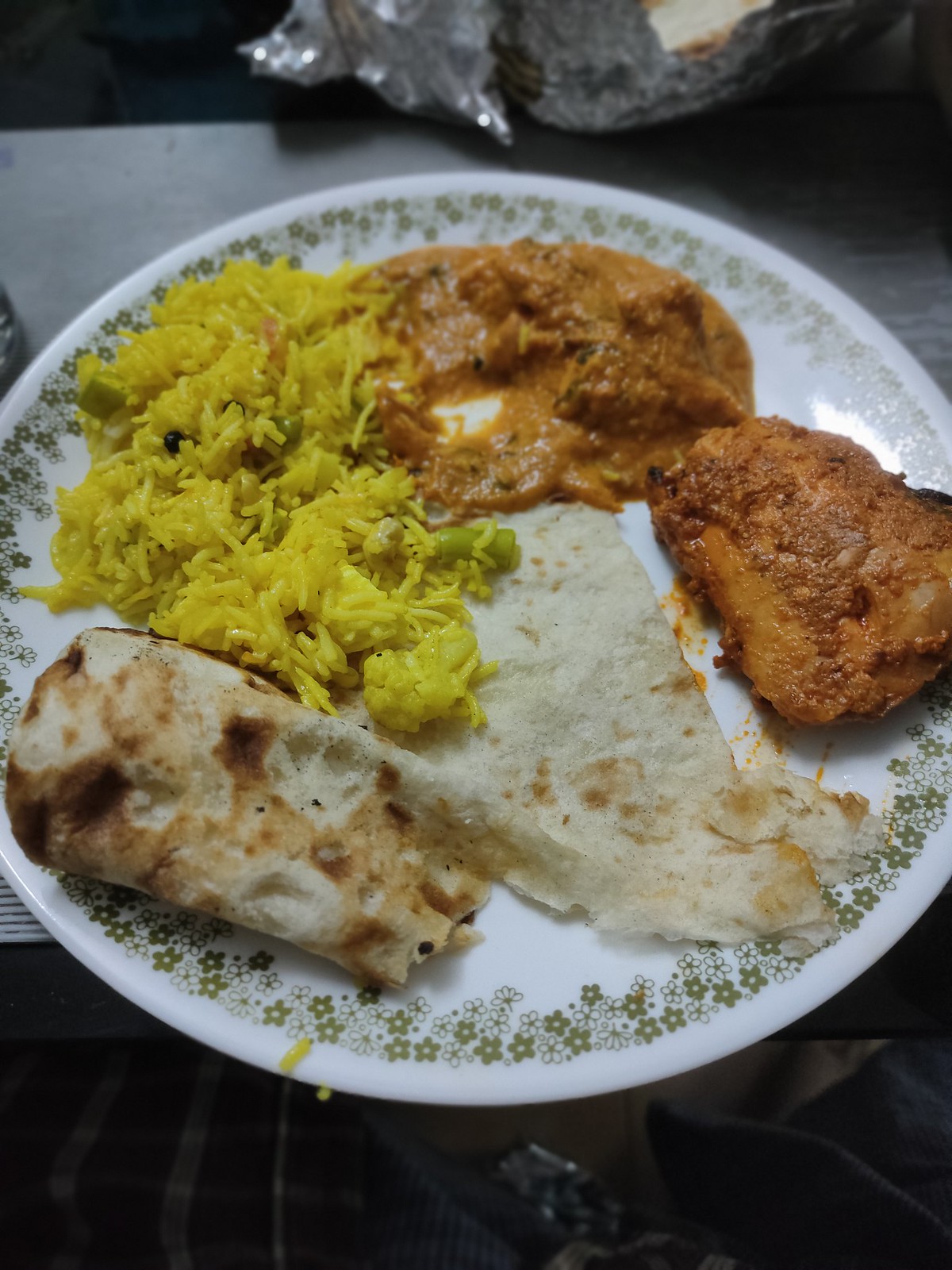 I sat and watched a bit more of tv until I had to go to bed. I then went to the washroom, then took my medicines and got my bottle of water filled. Then I went to bed after I switched the lights off and tried to sleep. Good birthday!