Dame Olivia Newton-John, the British-Australian singer whose breathy voice and wholesome beauty made her one of the biggest pop stars of the ’70s and charmed generations of viewers in the blockbuster movie Grease, died on Monday, according to a statement from her husband. She was 73. The singer revealed in September 2018 that she was treating cancer at the base of her spine. It was her third cancer diagnosis, following bouts with breast cancer in the early ’90s and in 2017. She was a four-time Grammy Award winner whose music career included five number one hits and another ten Top Ten hits on the Billboard Hot 100, and two Billboard 200 number one albums, If You Love Me, Let Me Know (1974) and Have You Never Been Mellow (1975).

Eleven of her singles (including two Platinum) and 14 of her albums (including two Platinum and four 2× Platinum) have been  certified  Gold by the Recording Industry Association of America (RIAA). With global sales of more than 100 million records, Newton-John is one of the best-selling music artists from the second half of the 20th century to the present. In 1978, Newton-John starred in the musical film Grease, whose soundtrack remains one of the world’s best-selling albums of recorded music. It features two major hit duets with co-star John Travolta. Her other major success is the 1980 film Xanadu, in which she also sung “Magic” and “Xanadu” (with the Electric Light Orchestra).

The UK born Olivia moved to Australia with her family when she was 6 and by her teenage years she started making a name for herself in the local music industry and her musical hits in the UK, Australia & the US would lead her to make a move to the US in the mid 70s. For 45 years, Olivia held the Guinness World Record for the shortest gap (154 days) by a female between new Number 1 albums (If You Love Me, Let Me Know > Have You Never Been Mellow) on the US Billboard 200 album charts until Taylor Swift in 2020 bested that record. Although she had little acting experience (and turned 29 during filming), Newton-John gave an indelible performance as Sandy, a sweet-natured Australian transfer student who romances Travolta’s alpha greaser Danny at a Southern California high school in the 1950s.

In 1981, she took her new, sexier persona a step further with “Physical,” a dance number with suggestive lyrics. Banned by several radio stations, it became her biggest hit, spending 10 weeks atop the Billboard Hot 100. In 1983 she teamed with Travolta again for “Two of a Kind,” a romantic comedy-fantasy, but it failed to recapture their “Grease” spark. Over a lengthy career Newton-John won four Grammy Awards and sold more than 100 million albums. Shealso faced her share of troubles and tragedy. Her breast cancer diagnoses forced her to postpone and cancel several tours. And in 2005 Newton-John’s then-boyfriend, Patrick McDermott, disappeared at sea while on a fishing trip off the coast of California. He was never found — an unsolved mystery that haunted the singer for years.

From her second marriage to Matt Lattanzi, she has a daughter – actor/singer Chloe Rose Lattanzi. Married twice before, Newton-John married John Easterling, founder and president of the Amazon Herb Company. 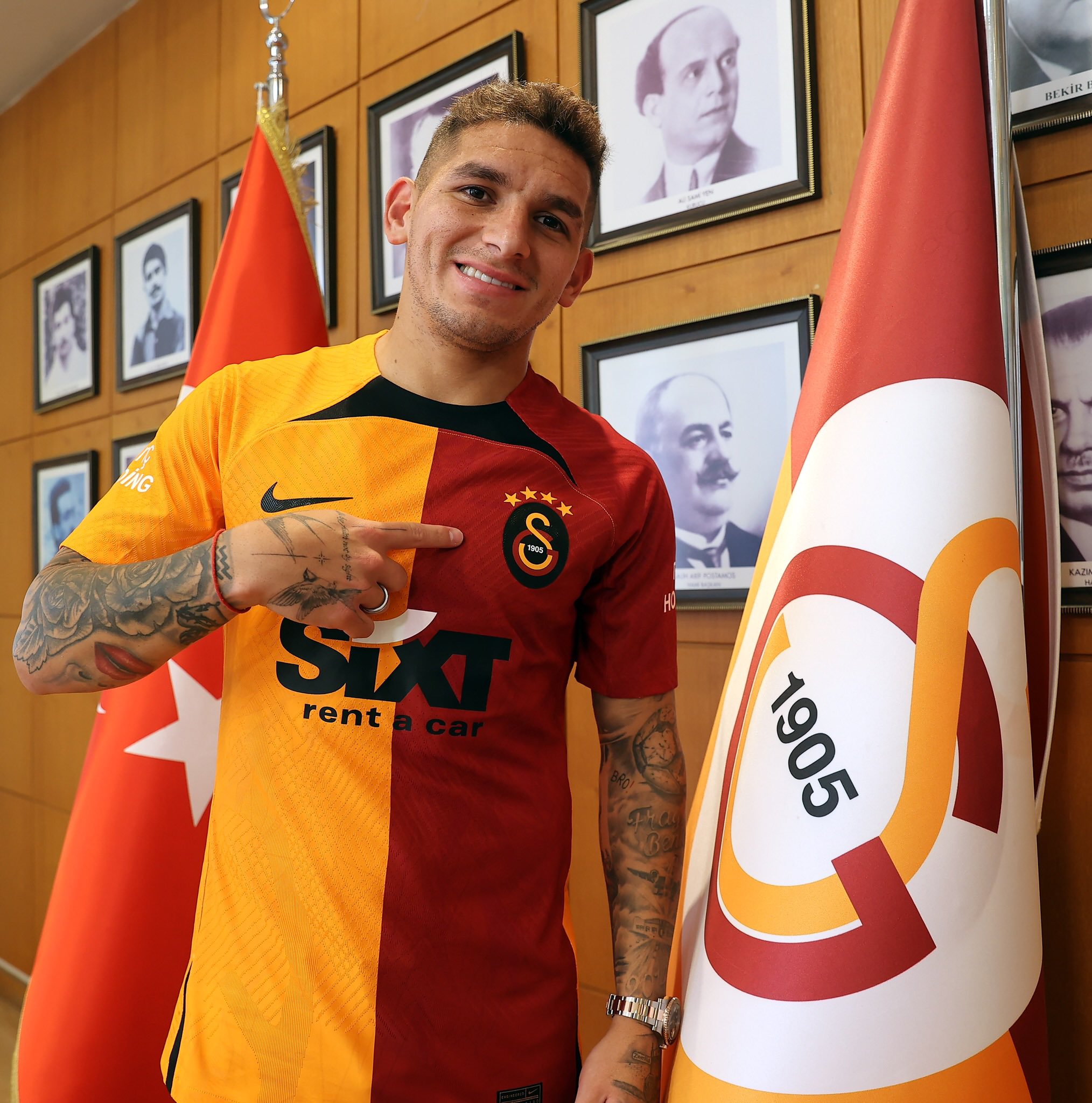 Midfielder Lucas Torreira has joined Turkish Super Lig side Galatasaray in a permanent transfer. The Uruguayan international made 89 appearances for us after joining from Sampdoria in July 2018. He was part of our FA Cup final match-winning squad in 2020 and the Uruguayan was a quick hit at the Emirates – once scoring in a north London derby victory over Tottenham – but soon fell out of Mikel Arteta’s starting XI and spent time away at Atletico Madrid and Fiorentina on loan.

Torreira spent the last two seasons away on loan in Spain and Italy. In 2020/21 he was with Atletico Madrid, where he made 19 league appearances in the team’s La Liga winning campaign. The 26-year-old midfielder spent last season with Fiorentina, where he made 35 appearances in all competitions during his time with the Serie A side. His exit has now been finalised and he will join a Galatasaray outfit who have also recruited former Napoli forward Dries Mertens.

Everyone at Arsenal thanks Lucas for his contribution during his time with us and wish Lucas and his family the best of health and happiness in their new chapter with Galatasaray. Galatasaray themselves have revealed Torreira has signed a four-year contract with the club, with Arsenal receiving €6m as a transfer fee.

I am a person who really enjoys some alone time. I have spent a lot of such hours & days just me on my own. I think I have mentioned this before but I love weekend mornings, especially if I can manage to wake up by 8am or even 9 am. The time that I have post my wash, my morning coffee and breakfast and then relaxing till lunch till which will be usually around 1:30 pm.

I watch Youtube videos, play some music, check out the latest football news, leaving the windows open and enjoying some cool breeze if it comes in. Unless it is a day like today and the idiots next door are burning their stuff as they tend to do on a nice day like this. But that feeling of having nothing to do in the morning and having that 4 hours or so to yourself is a good feeling.

I enjoy this morning so much that I am usually disappointed when it is time for lunch. Once lunch is done, I will relax with a movie and some fruits on the side to munch on. Evening coffee and some snack and more relaxation until dinner and the maybe a movie before I retire for the night.

Prompt from 31 Best August Journal Prompts for 2022 at Lifegram