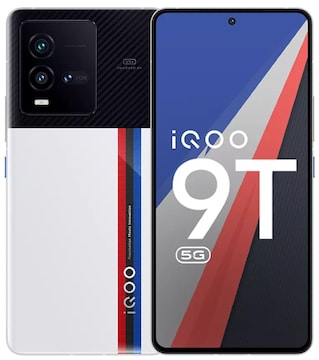 The last few days I have been doing my research into buying a new phone. I currently have 2 phones – an Oppo F11 Pro which I bought in September 2019 and a RealMe X2 Pro which I bought in June of 2020. The Oppo is showing a lot of signs of wear and tear and since I am using it as a back up phone it is sometimes never even charged. The X2 Pro is a beautiful phone which has served me well as my daily driver from June of 2020. I remember doing research into getting this phone that year – I remember I searched for the best phones around the Rs.30,000 mark at the time and in every website the most common phone was the X2 Pro.

So in the end I decided to splash some of the money I earned from sponsored blogging and I absolutely love the phone. I did an unboxing video of that phone and I loved its look and feel and the phone was so smooth to work on. But I did have a couple of issues – one was almost immediately known; I found that the network had issues on this phone and at times, people wouldn’t be able to reach me unless they tried a couple of times. The second issue is more recent, last couple of months I have noticed that the charge doesn’t last as long on the phone anymore. Although charging is pretty quick, that was a drag.

So now I have purchased a new phone online on Amazon.in – it is the very new flagship killer IQOO 9T. This is such an awesome looking phone with great specs. I have watched quite a few reviews of the phone and finalized it last night. IQOO is killing it right now and they have 3 variations of their flagship phone – the 9, the 9T & the 9 Pro of which the is the latest and is the middle child in terms of price and features. I can’t afford the 9 Pro and can barely afford this one as it is. But I exchanged the X2 Pro for it and will hand it over when the Amazon delivery guy comes to deliver the IQOO phone. I can’t wait!

The impressive Gabriel Jesus scored his first Premier League goals for Arsenal as Mikel Arteta’s side beat Leicester City in an entertaining encounter at Emirates Stadium. The Brazilian striker, signed from Manchester City in the summer, scored twice before the break and missed several chances for a hat-trick as well assisting his side’s other goals. William Saliba’s own goal early in the second half gave Leicester hope, but Granit Xhaka struck just two minutes later to restore Arsenal’s two-goal lead.

James Maddison again reduced the arrears, only for Gabriel Martinelli to quickly made it 4-2 as the Gunners maintained their 100% start to the season. Leicester were awarded a penalty before half-time when Jamie Vardy and Arsenal goalkeeper Aaron Ramsdale collided, but the decision was overturned by referee Darren England after consulting with the video assistant referee. After scoring, Jesus was twice thwarted by Leicester keeper Danny Ward before half-time, and the 25-year-old also hit the side-netting from close range with 10 minutes of the game to go. While Jesus was never quite a second fiddle at City, where he scored 58 times in the Premier League, he is clearly relishing being the focal point of Arteta’s plans in north London.

He showed off different aspects of his talents on his home debut, producing a superb chip to open the scoring before showing more predatory instincts to latch on to a defensive header from Vardy to nod past Ward for his second. Jesus was denied by Ward’s boot with his next chance and then stayed on his feet when he could easily have won a penalty under pressure from Jonny Evans, only to roll his shot just wide of the post – and all before the sides had returned to the dressing rooms for a break on a roasting hot day in the capital. His neat touches set up Xhaka and Martinelli’s goals, yet Jesus will regret missing out on what would have been his second Premier League hat-trick when he shot into the side of the goal from close range.

His best league return for City was 14 goals in the 2019-20 season, but now installed as first-choice striker under Arteta, he could surpass that in an Arsenal set-up that promises to be highly entertaining. The only question marks for the hosts were how they conceded when seemingly in control, but each time they hit back inside two minutes to suggest they have resilience as well flair.And when Youri Tielemans was substituted after an hour, some Arsenal fans greeted his departure with a cheeky chant of “we’ll see you next week”.