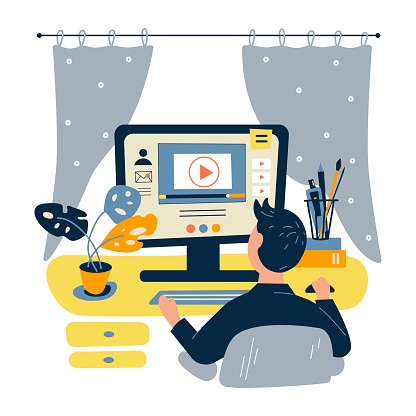 Well I am a trainer for my company. I train the front line associates of our process, which is customer care chat support for one of the world’s biggest companies. I have also trained employees who are 1 to 2 levels higher than the FLAs as well. Since Covid hit us, with the exception of a few days, I have worked from home and the trainings that I have conducted have been online.

The best part of what I do is when I conduct training and I have an eager and willing to learn set of trainees. The back & forth and the exchange of ideas and clarifying things – this is what excites me about what I do. When I get an interesting set of people and not the dull Nancy’s then I find that it doesn’t feel like a job. I enjoy myself so much that it doesn’t feel like I am working and I do not want the day to end unlike on other days when I just can’t wait for signing out time.

When the trainees connect well with me and when they respond positively, this is the best feeling regarding my work. I get a sense of accomplishment and satisfaction when that happens. When they want to stay connected to me after the training is over, that is a big plus too.

KFC’s Tandoori Zinger Burger – the Zinger burger with a tandoori sauce added to it. Smoky grilled chicken leg and some French Fries on the side.

Here is my pitch for a movie in the MCU. An ordinary man in his 40s, a lonely bachelor, living on his own is fascinated by all these superheroes and just wants to be seen with them and shake their hands. He wants to be just like them but he has no superpowers and is not rich and brilliant to make a flying armoured suit with all weapons and gadgets built in. The whole movie revolves around him almost dying in certain situations but he along with many others are saved by the superheroes he adores so much and he is grateful.

He wants to so badly be like them. He keeps seeing the adulation over them and desperately wants to know what it feels like to be, to be a hero and to be adored by millions. But he is just an ordinary man. However he finds himself in a position to help save the world and save the superheroes from being killed by the villains. However to do so, he must sacrifice his life. He does so without hesitation and rescues his superheroes at the cost of his life, and the superheroes escape and can go on to save the day.

At the end of the movie the superheroes acknowledge the bravery of the ordinary man who rescued them to the public and his death is mourned. Without him the victory would not have been possible. As the superheroes say on the podium, “even superheroes need a hero” and that is this man.

So infact he got his wish. He became a hero just for one day, before he died!