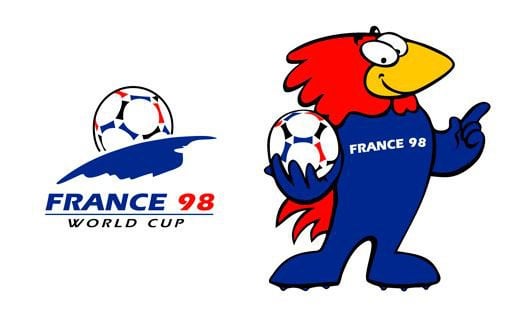 Ah, The 1998 World Cup held in France. Probably one of the best world cups ever and I really liked it a lot. Lots of memories. I watched most of the matches and I was able to watch a few of them with some of my cousins. I was studying at NIIT at the time – the matches would end at 2:30 am and I would sleep till 5:30 am because I had to get up and shower and shave to go to classes which started at 7:30 am. But it was worth it. After our classes, a bunch of us friends would discuss the games and the goals.

The 1998 World Cup in France allowed more nations to participate in the tournament. Instead of 24 teams, 32 sides would qualify for the FIFA World Cup finals. Therefore, South Africa, Japan, and Jamaica managed to qualify for the first time in history.  For the 16th World Cup, three countries were interested in hosting the tournament. The European countries Switzerland and France and African country Morocco placed a bid. Switzerland had to withdraw due to the inability to meet FIFA’s requirements. As a result, only the remaining two countries would be included in the voting process. Morocco received seven votes and France 12 votes. France would be the 3rd World Cup country to host the famous sporting tournament twice after Mexico and Italy. The first time France hosted a World Cup was 60 years earlier, back in 1938.

Memorably Norway beat Brazil in the group stages 2-1. Roberto Baggio had his moment of redemption in which he scored off a penalty in the exciting match against Chile which ended in a 2-2 draw. In the Quarter-Final, Robert Baggio had to retake a penalty in a penalty shootout. Although he scored again, it was France who won the shootout. This world cup saw the rise of Nigeria on the world stage as in the match between Spain and Nigeria was fatal for Spain losing 2-3. Also Iran beat USA 2-1. One of the most memorable and entertaining matches was between Argentina and England. Classic moments occurred in this match. Each team scored its first goal with a penalty kick. The first was scored by Gabriel Batistuta for Argentina and the 2nd by Alan Shearer for England.

Sixteen minutes later, English striker Michael Owen scored a legendary goal, considered one of the most incredible goals. He was only 18 years old. rgentinian midfielder Javier Zanetti scored the equalizer just before halftime. David Beckham received the red card. While lying on the field, he made a kick attempt at Argentinian Diego Simeone, who purposely fell to the ground, and was sent off. Argentina won on penalties. But they then went out to the Dutch in another beautiful game 1-2 with goals from Patrick Kluivert and a magnificent goal from Denis Bergkamp.

Brazil would win on penalties against the Dutch while France edged out Croatia 2-1 with goals from Lilian Thuram. Brazil and France met for the first time in a Final. This was the first time France reached a World Cup Final; for Brazil, it was the 6th time. Brazil was considered as 1 of the favorites with star players Ronaldo, Rivaldo, Bebeto, Roberto Carlos, and Denilson, among others. With star players such as Zinedine Zidane, Lilian Thuram, Marcel Desailly, Laurent Blanc, and Youri Djorkaeff won all of their matches Zindane scored twice while Emmanuel Petit added the 3rd as France won at home 3-0.