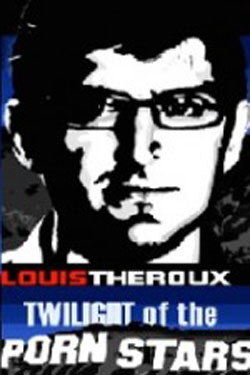 The big bucks have mostly vanished from the scene in 2012 with the deluge of free porn sites available to everyone. Gone are the days of easy money and rampant, drug-fuelled excess. Yet, they soldier on, the economic blight having had little obvious effect on the number of people willing to engage in extreme sex acts on camera in return for cold hard cash, however diminished the earnings. He meets two newcomers to the scene – both 23 and the girl who is a single mother and the guy a product of the foster home system who wants to make money to make his other dreams come true. The crew visits the set of the two performers shooting a session and Theroux notes a “courtship in reverse – starting with sex and ending up as something like friends” as Theroux described it. Another memorable scene is when he meets one model agency director declared she wouldn’t warn off newcomers from porn but wouldn’t want her own daughter getting involved as she “wouldn’t want to be the mother of a whore”. He meets with a veteran male performer who talks about the loss he feels, his own capacity for love and intimacy and the hope that he can find true love again to rid the lonliness in his life. They also talk about the dark sides of recent time in particular the fate of one Jon Dough, an actor who committed suicide five years ago, a victim of declining DVD sales and serious drug addiction. Then there is the Spanish star (the only one I have seen before) who talks about the high number of women he has performed with.

Since the film has come out, Houston’s gone back and Amber Lynn has come back. Raylene who quit in 2001 from porn and then 2004 from dancing to start her family, came back in 2010 for financial reasons but has retired again. While a lot of focus is given to the dark side of the industry as stated by some of the actresses, Nina Hartley is the opposite. From performer to pornographic film director, sex educator, feminist, and author, radio show host and even acting in two mainstream movies! She perhaps puts it best that some people should never get into the industry – the naive, coming from a broken home, having tons of personal issues and perhaps victims of physical or sexual abuse. She, Asia & Tyffany say that they never let the industry take advantage of them – rather they took advantage of the industry for their benefit. The third and final documentary is Aroused a 2013 film directed by the photographer Deborah Anderson, in her directorial debut. The UK based Anderson t profiles the life of 16 notable adult film actresses – from newer stars like to established veterans like Lisa Ann & Francesca Le. Anderson gives them a different treatment as part of her photography book – renting a luxurious mansion, she has the ladies go through a glamourous makeup session and photo shoot (the entire thing is in black n white). While she talks to them during their makeup sessions to find out how they go into porn and the industry and find out about their background, at the end of the film she has each actress rest comfortably on a bed while they talk their hearts out. Some of the stuff is really moving! Other “actresses” appearing in the production include Katsuni, Teagan Presley, Ash Hollywood, Misty Stone, Tanya Tate, Asphyxia Noir, Jesse Jane, Lexi Belle, April O’Neil, Brooklyn Lee, Allie Haze and Alexis Texas are also featured.