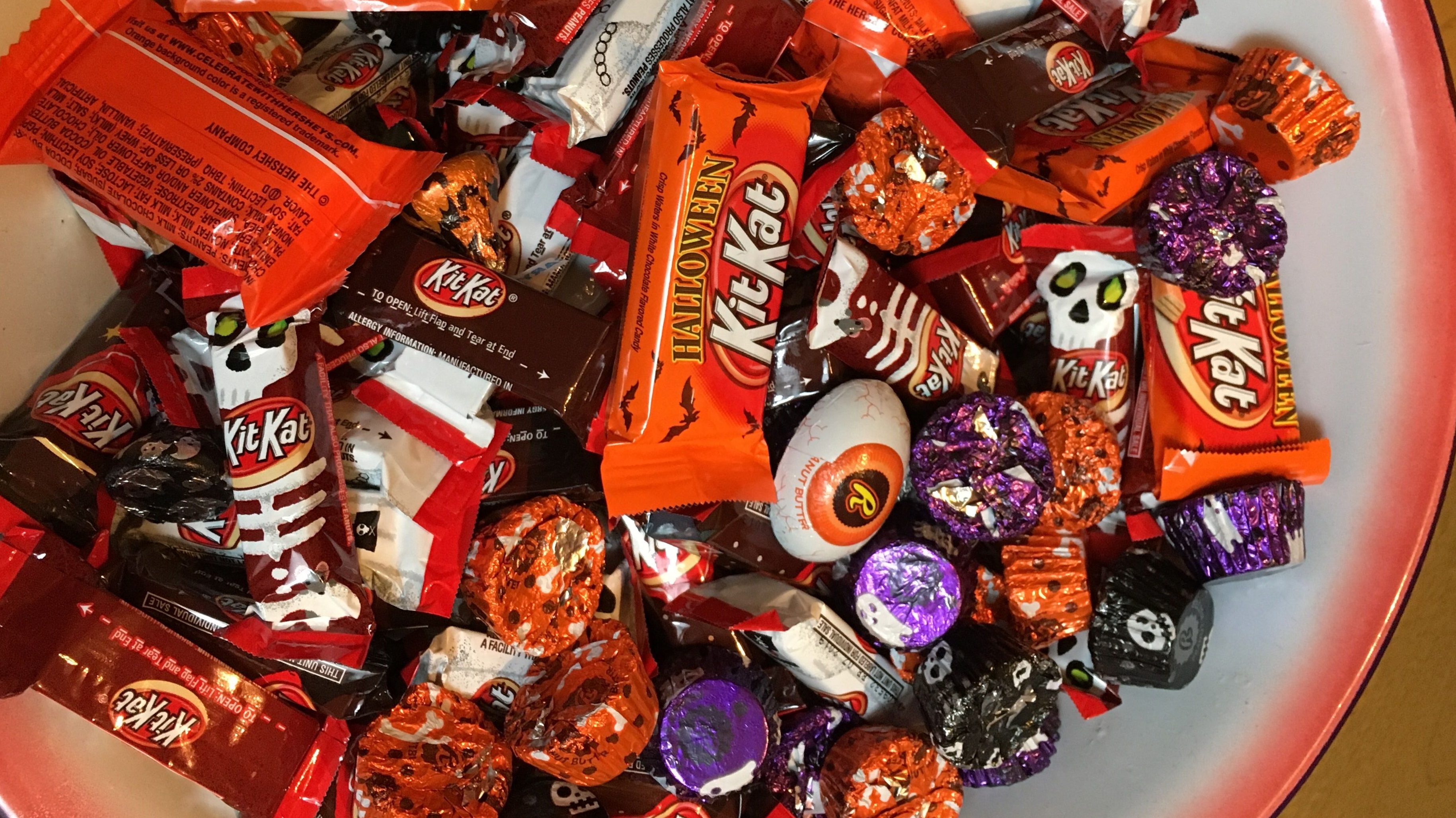 Americans will spend an estimated $3 billion on candy during the Halloween season this year, although in 2020 it was expected to be around $500,000 less. Although, interestingly, the per-person spending rate was up — from $25.37 to $27.55. For context, $27.55 could buy you a jumbo bag of pumpkin-shaped Reese’s peanut butter cups, a theater box of Skittles, six full-size Snickers bars, 3 pounds of candy corn, 12 ounces of assorted Laffy Taffy and a pack of Hershey’s kisses.

An estimated 65 percent of Americans plan to do just that. According to Statistics Canada, Canadians spent about $550 million just on candy and snacks in October 2018 — a significant portion of which would be Halloween candy. Canadians will spend an average of $42 on candy. That varies widely between rural and urban areas, which brings down the average.

1. Reese’s Peanut Butter Cups : Not only is it the greatest candy out there, it’s also one of the greatest snacks, period, the perfect alchemy of peanut butter and chocolate. And it’s so, so versatile… especially at Halloween. Are you devouring the mini, with its jagged chocolate edges? The medium-cup, in all its one-biteable glory? Or the pumpkin, which serves as a vessel to get as much sugary peanut butter in your mouth as possible? It’s your lucky day: there’s no way to go wrong eating a Reese’s.

2. Twix : The cookie crunch. The deliciously hard caramel. The ultra-silky chocolate. There are a lot of things to love about Twix (three, actually), but this thing’s even better in fun-size form. The ratios between the three main components are simply perfect, striking a balance that makes the intense sugar rush completely worth it.

3. Snickers : It’s easily the heartiest of all candy bars: nougat, caramel, nuts, and chocolate represent pretty much every food group. And this is one that’s hard to eat in a single bite, even when you’re going bite-size. It’s worth the effort nevertheless, and makes for a solid accessory for your Pissed-Off Betty White costume.

4. KitKat : It’s the closest your Halloween bag’s gonna come to having a sandwich inside, and let’s be honest: milk chocolate and sugary wafers are way better than a tiny tuna on rye, especially after they’ve been sitting in a pillowcase for a few hours. Plus, the two-by-two snack-size KitKat acts as an adorable accessory for your Hacksaw Jim Duggan costume.

5. Butterfinger : It’s like somebody took a bunch of peanut butter, transformed it into the world’s thinnest toffee, and layered it underneath a blanket of chocolate. And when you bite it, the little flakes pop off and melt on your tongue like butter produced by a chocolate cow.

6. Hershey’s Bars : The American classic is the best melt-in-your-mouth, no-frills candy in the bag. Toss in some almonds and you’ve got a beast. Toss in Cookies ‘n’ Creme and you’ll wonder what the hell you’re even eating. Save these for the eventual campfire s’mores you’ll be having this fall and winter.

7. M&M’s :  If they were embedded in a cookie or something, they might be ranked first, but M&Ms are still pretty great on their own. Especially if they’re the peanut kind. Or the peanut butter kind. Or the pretzel kind, the brownie kind, the crispy or almond kind… actually, why don’t they make a little bag with all the different flavors inside? That would put it in contention for the top five. Take heed, Mars.