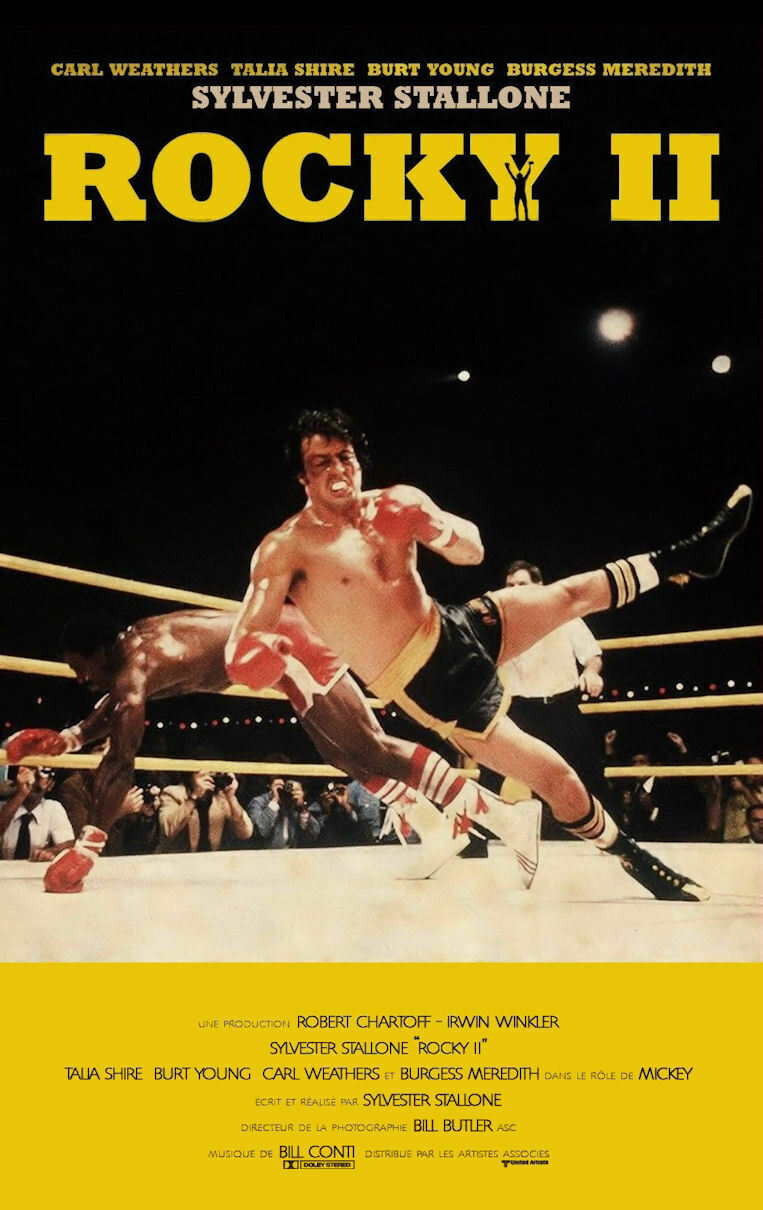 Rocky II is a 1979 American sports drama film written, directed by, and starring Sylvester Stallone.[2] It is the sequel to Rocky (1976) and is the second installment in the Rocky franchise. It also stars Talia Shire, Burt Young, Carl Weathers, and Burgess Meredith. In the film, Rocky Balboa (Stallone), struggling to adjust to family life, finds himself in a rematch fiercely demanded by Apollo Creed (Weathers). Development of Rocky II began in 1977, after Stallone completed the screenplay. United Artists were reluctant to allow Stallone to direct after John G. Avildsen, the director of the first film, was unable to return. Stallone was eventually hired after disallowing the film to be made without him as director, and the returns of the rest of the cast was secured soon thereafter.

Principal photography commenced in 1978, with filming held primarily on location in Philadelphia, during which, Stallone sustained several injuries. Rocky II was theatrically released in the United States by United Artists on June 15, 1979. The film received generally positive reviews from critics, with praise for its characterization, finale, and Stallone’s performance. It grossed $200 million worldwide and $85 million in North America, making it the third highest-grossing film of 1979 domestically.