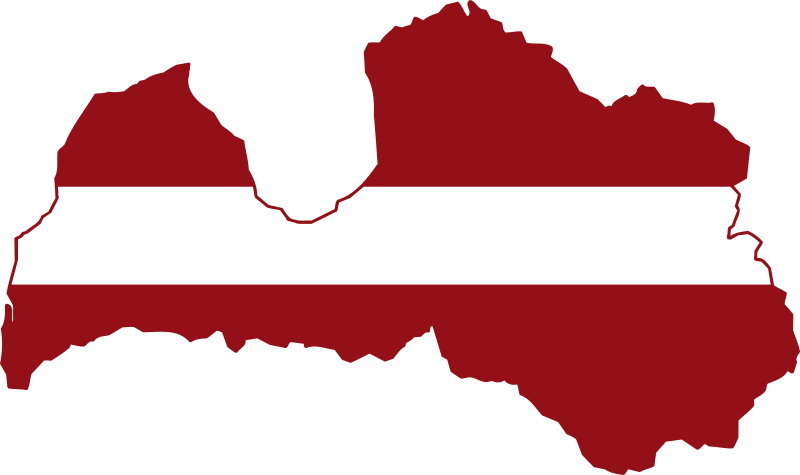 In 1524, a statue of the Virgin Mary at the Cathedral in Riga, Latvia, was accused of being a witch. They put it on trial by throwing it in the river. Since the wooden statue floated, they declared it guilty and burned it.

Smoking in the presence of a child is considered physical abuse in Latvia.

Latvia has the highest percentage of deaths during the Second World War, which represents 12.5% ??of its population. There followed 190,000 Latvians imprisoned in Soviet gulags after 1945.

In the beginning of the 20th century, giant hangars that were made to house German-made airships in the center of Riga, are today a place for 3,000 trade stands. The place is Europe’s largest market bazaar today.

Janis Pinups, a Latvian patriot, was conscripted into and then deserted from the Red Army in 1944. Opposing the Soviet occupation of Latvia, he hid in the forest for 51 years and did not emerge until 1995, thereby avoiding ever becoming a Soviet citizen.

In Latvia, there is a museum dedicated to the world’s greatest liar – Hieronymus Karl Friedrich Freiherr von Münchhausen. Yes, you heard it right! At the time, he was known for telling many fake stories related to his moon travel and of his exemplary services during the Russo-Turkish War. Now, the country is generating handsome revenue from a museum dedicated to their hero. Latvia also issued a commemorative coin in 2005 to celebrate this legend’s 285th birthday.