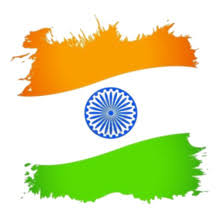 8. Highest gold consumption in the world

849 metric tonnes of gold is consumed in India every year. The reason for this consumption is marriages and festivals.

9. Tallest statue in the world

India holds the record of possessing world’s largest statue that stands at a height of 182 meters and is known as “statue of unity”. The government spent INR 3000 crores for its construction. The interesting fact about the construction of statue is that around 3000 metric tonnes of iron was collected from all over India specially from villages but later it was cleared that those iron pieces were not used in the construction of the main project but for other parts of the project.

Wait! what? ID’s for cows? Yes, you read it right. In the West Bengal state of India, cows have their own ID cards this step was taken by the Indian border guards who photographed the cows in West Bengal so as to stop the smuggling of cattle to neighbouring Bangladesh

India is known to the world as the land of festivals but do you know no other country except India has 6 seasons a year. According to the Hindu scriptures, the 6 seasons are :

12. Home for most polluted cities

India stands at the first position in the list of world’s most polluted countries. The cities which are most polluted are Kanpur, Faridabad, Gaya, Varanasi, Delhi and the list does not end here. The fact that is scary and worth of your consideration is that the people living in Delhi are most prone to pollution and sources say that breathing in Delhi is equal to smoking 44 cigarettes a day. This literally scars me.

India is the largest producer of spices and produces more than 50 spices including chilli, turmeric, cumin and pepper. The interesting stuff here to notice is that the pepper is also used as a non-lethal weapon by the Indian Army. The armed forces use chilli grenade made up of chilli spices in a weaponized form.

The divorce rate in India is very low and the reason for this could be that people of India consider marriages a bond that does not break even after death. They believe that the person you marry should be your only partner throughout life. Getting divorced also creates an unhealthy image of that person in society.